Harare, Zimbabwe – Country pride and team spirit were prevalent at this year’s Enactus Zimbabwe National Competition and being named this year’s National Champion, the University of Zimbabwe (UZ) is set to fly the Zimbabwean flag high at World Cup.

This is the third time the team will represent Zimbabwe at the World Cup and the team is hoping to again bring home the coveted trophy. In 2005, University of Zimbabwe was the first African country to win the Enactus World Cup.

The team’s winning projects included a two-tiered effort that addressed waste management and recycling of plastics, as well as a project that established an upholstery business to enhance individual skills and promote opportunities for unemployed youth. Other projects from various teams focused on viable methods of farming, recycling, empowering women and sustainable environmental management.

Divine Ndhlukula, founder and managing director of SECURICO, one of Zimbabwe’s largest security companies, provided the keynote address on servant leadership. She often used her own business as an example: More than 900 of SECURICO’s approximately 3,400 employees are women. Many are widows, victims of human trafficking or disadvantaged. She also honored the spirit of entrepreneurship that was present in the teams’
community projects and the students’ relentless commitment to self- improvement.

This year’s event also featured a networking luncheon for top executives, who were also final round judges, and students from various teams. This luncheon included discussions about the importance of value-based leadership. 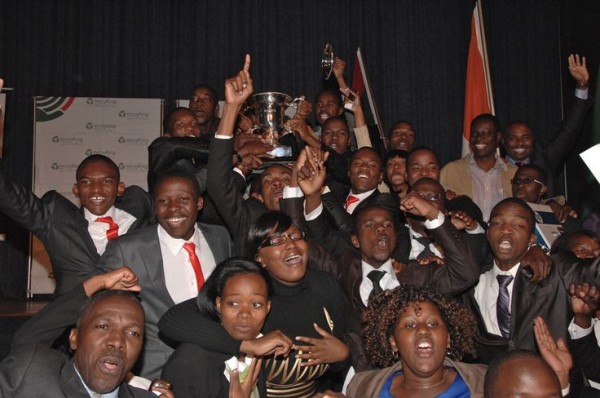