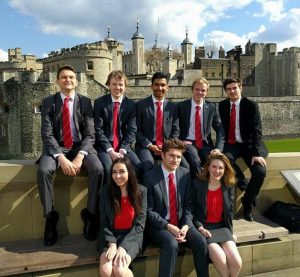 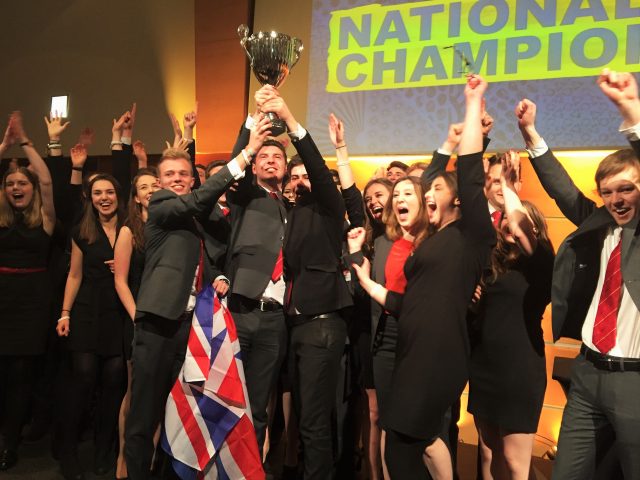 Biggest challenge from the past year:
Being able to sustain and grow our portfolio of social enterprises

Team described in one word:
Dynamic 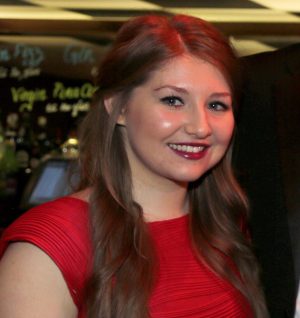 Since joining the team three years ago, Cara, who currently serves as International Director, has played an important role. She started as an International Innovation team member, where she focused on research and building their international portfolio. Understandably, she’s been on several of the team’s international trips, becoming a bit of an expert on the subject to help her teammates. In her current role, she works with the various project leaders to make sure their work in other countries reaches its full potential. As she prepares for Enactus World Cup, she is looking forward to meeting teams from around the world, and experiencing a variety of cultures in one place. 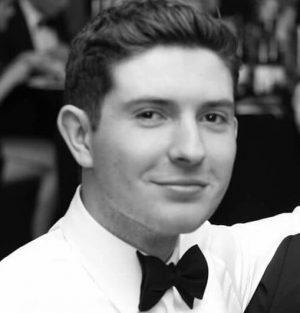 With less than year left in his Business Management degree, Elliot has been involved with the team since the very first day he set foot on campus. When he visited the school for an open day, he heard about Enactus from the previous President and Vice-President and immediately knew this was the school and the team for him. Three years later, he says he’s a much more developed person thanks to his Enactus experience, which will serve him well in the Vice-President role. After his first World Cup experience last year in Johannesburg, where he came home intensely motivated and with incredible memories, he is excited to have a similar experience in Toronto.