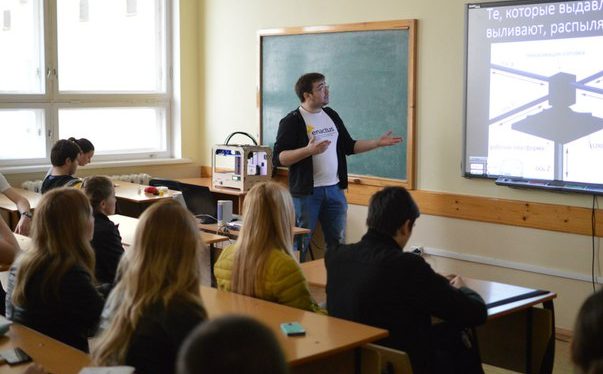 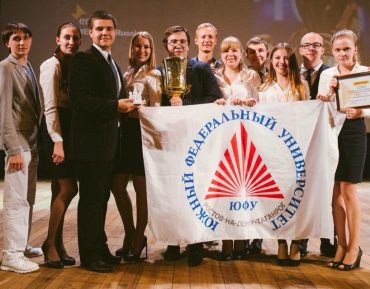 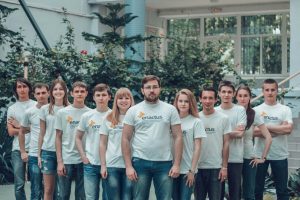 Biggest challenge from the past year:
When our team leader had to leave campus for part of the year

Team described in one word:
Forward 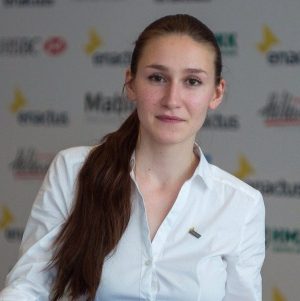 As manager of one of the team’s main projects and second in command overall, Olga plays an important role on the team after only two years of involvement. She originally got involved after the team’s leader asked her to experience a competition, and she saw a great fit between the organization’s mission and her passions. One of those passions is the environment and she has spent a lot of time in this area with her work on the team’s Eco Future project, specifically around recycling. As she and her team get ready for Enactus World Cup in Toronto, she is looking forward to making new connections and sharing new ideas. 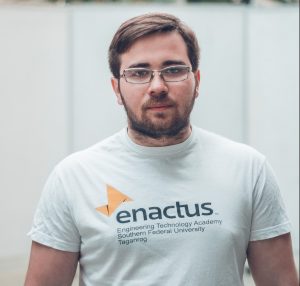 Although he’s already been to an Enactus World Cup, the 2013 event in Mexico, he isn’t any less excited to go to Toronto in September. In fact, he’s even more excited this time around since he knows what an incredible experience it will be. Plus, this time, his team will be representing Russia in the global competition. One of his reasons for being involved with Enactus is the chance to see his team’s actions positively influence the world around him, and seeing this magnified by teams around the world is a very powerful experience. This year, he will use his four years of experience to lead his team as their captain.