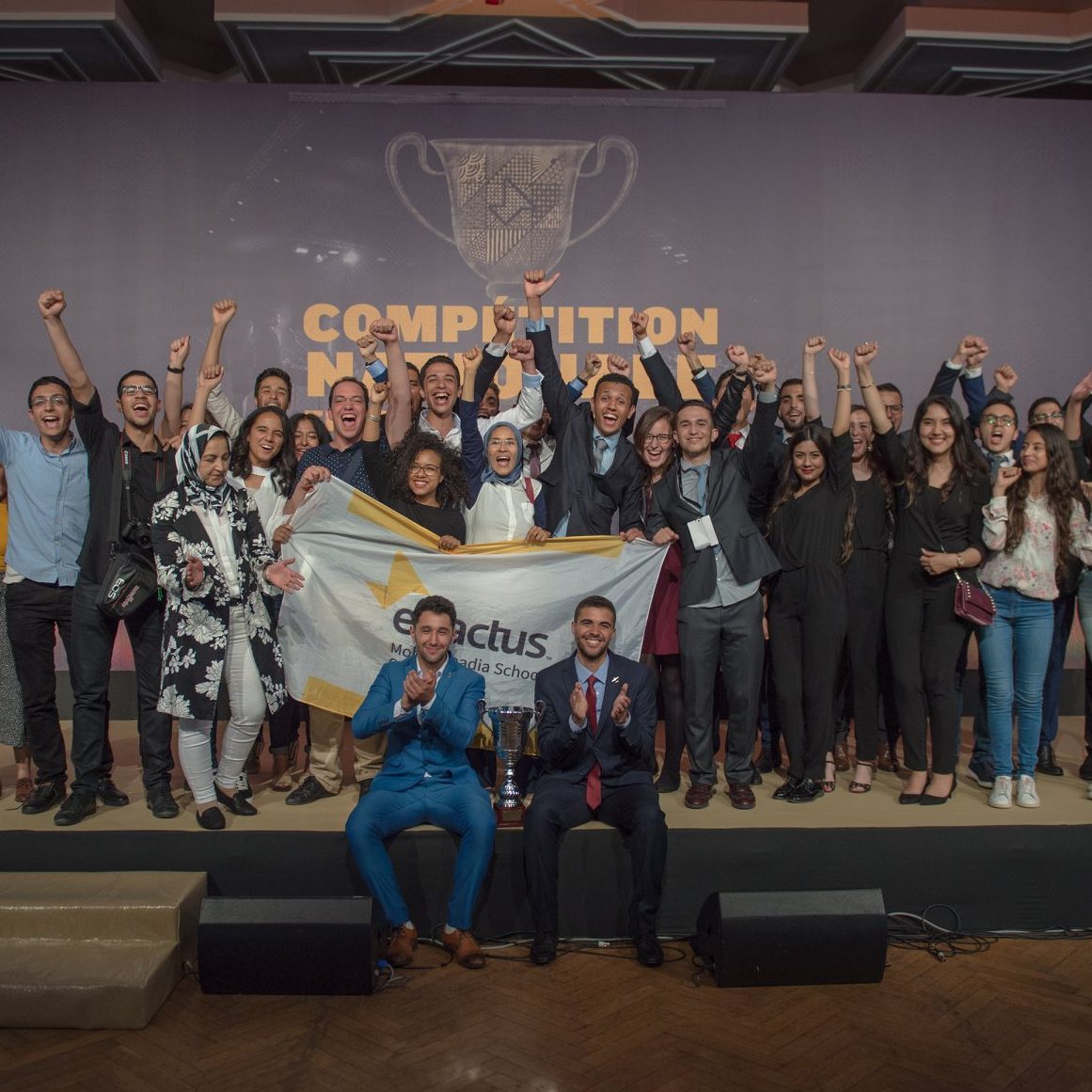 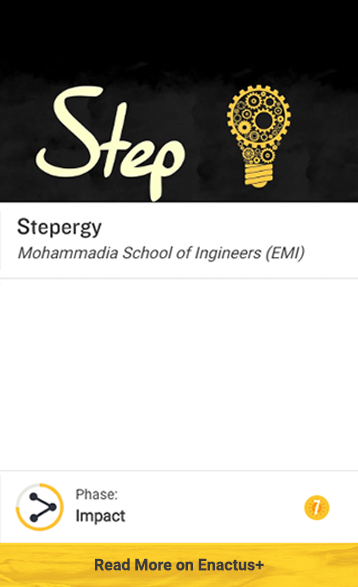 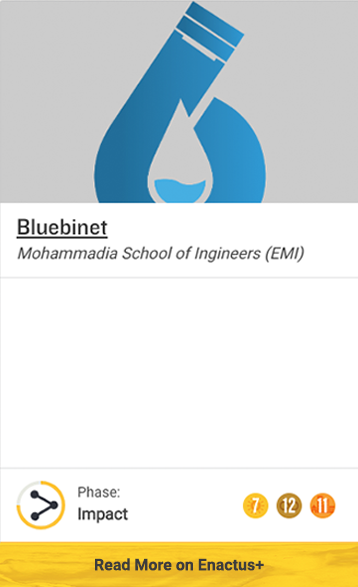 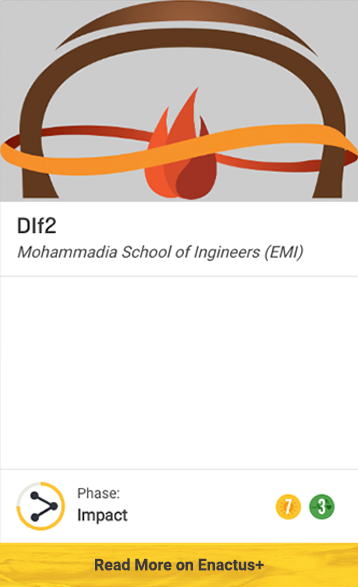 Our proudest moment of the past year:
“When we visited a population in need and provided them solutions they can use to improve their lives.”

Biggest challenge from the past year:
“Creating the maximum impact with projects that are a year old.”

Team described in one word:
Ambition. 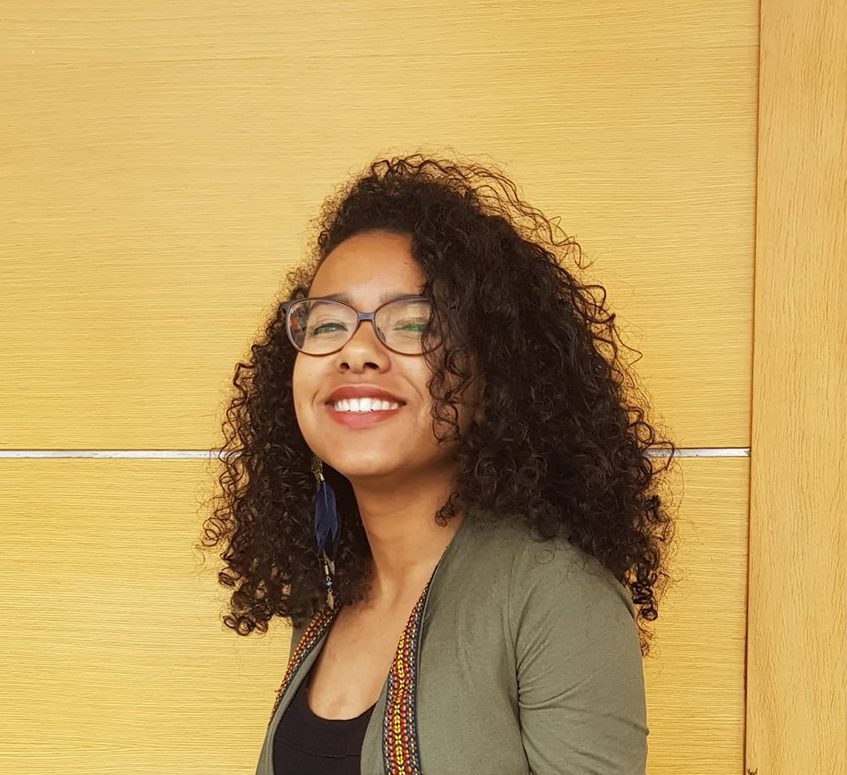 After watching her university’s Enactus team win second place at the 2014 World Cup, Safae discovered a new passion within herself. “Through Enactus, in just one year, I have won two things: a family and a vision,” says Safae, a computer science major set to graduate in July 2020. “A family made of humble, motivated, blossoming souls and a vision for a better world.” At her country’s National Competition, she says the experience helped her open up to other teams’ ideas, methods and innovative spirits. Now, 4 years later, Safae will get to experience World Cup in person with her team. 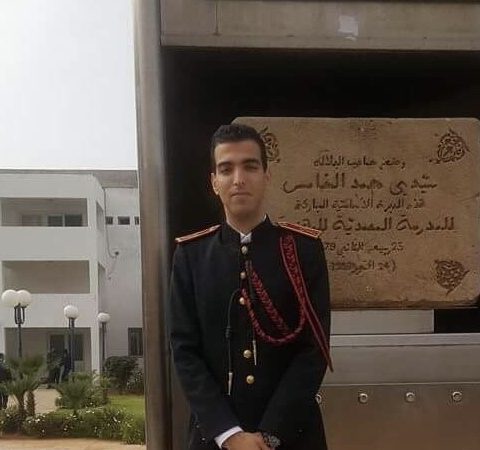 When Nizar was young, he thought entrepreneurship was only about making money. “I never knew there was a brighter side to it,” says Nizar an industrial engineering major set to graduate in July 2019. “I [now] understand the importance of providing change and the responsibility each one of us has to be a part of it and how thanks to entrepreneurial action, we can change the lives of others.” He says joining Enactus has been his greatest success. He is completing his second and final year as an Enactus team member and at Enactus World Cup he hopes to increase his knowledge, his culture and level of communication.