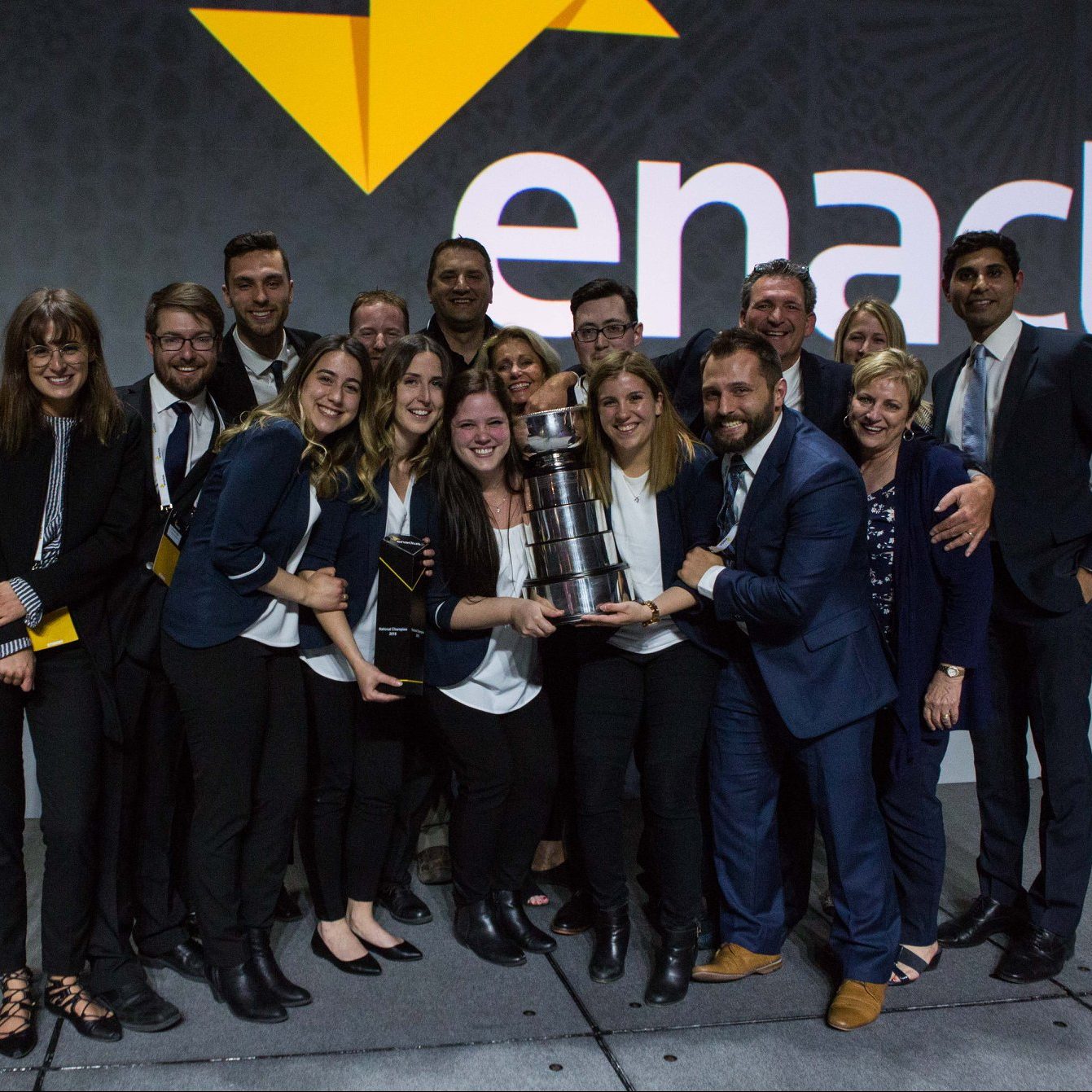 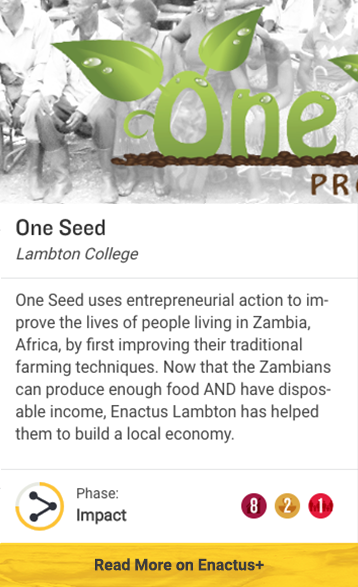 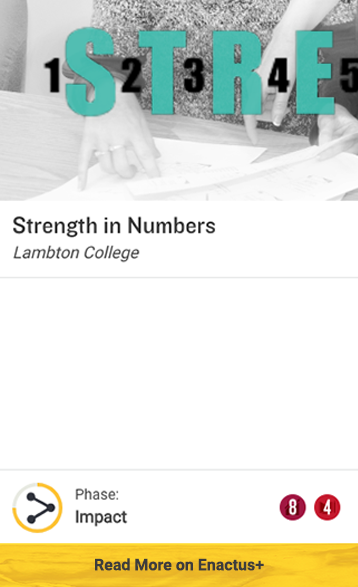 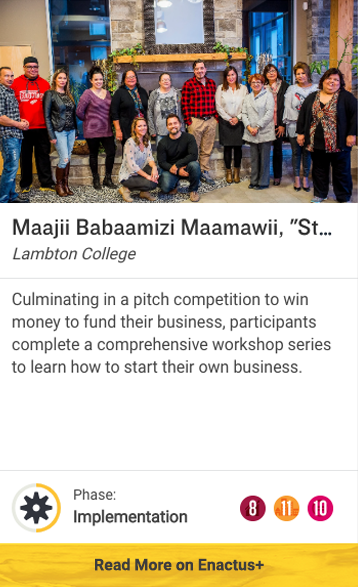 Our proudest moment of the past year:
“This year we launched a new project, Maajii Babaamizi Maamawii, ‘Start Business Together’; completing it through all the stages to ending with a Business Pitch Competition was a highlight for our team. Our team also established an incredible relationship with Aamjiwnaang First Nation, where we helped participants launch their own businesses, and have made lasting connections to help them keep the businesses successful. The entire community was involved, and everyone is so excited to do it again next year.”

Biggest challenge from the past year:
“The faculty at our school, along with the faculty at all other Ontario colleges, went on strike this past year. That meant that students were out of the classroom for a significant portion of the Fall semester. That also meant any momentum and recruitment our team had built at the start of the year was significantly hindered. As such, we had a smaller team this year and the dedicated members that we had really had to step up. It even resulted in pausing one of our projects we had planned on facilitating. But, we overcame the obstacles and did the best we had ever done at competition before—being named Canada’s national champion!”

Team described in one word:
Resilient. 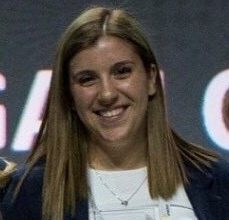 Two years ago, Megan was recruited to her team by the two Faculty Advisors and now serves as the co-president. “Gaining confidence in myself and getting to see the ability I have to make a change,” says Megan, is her greatest success she’s achieved through Enactus. Megan is a General Business major who plans to graduate in December this year. She is looking forward to growing even more and make connections with other students from around the world at Enactus World Cup this year. 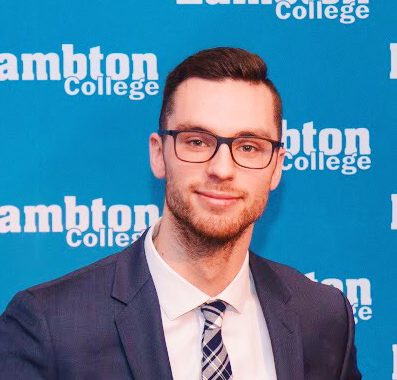 Like his teammate Megan, Logan was also recruited by the team’s faculty advisors. After just one year, Logan’s passion led him to become a Project Manager on his team. “The biggest challenge I’ve faced through Enactus happened during the Ontario College strike,” says Logan. “As the Project Leader for Strength in Numbers, many of the organizations we work with were still requesting that we come facilitate financial literacy workshops and it was a great challenge to coordinate schedules with team members during the strike.” Logan plans to use Enactus World Cup to gain perspective from other teams around the world.