From 13-16 April, more than 3,600 people came together at America’s Center Convention Complex in St. Louis for the Enactus USA National Competition. Imagine the energy, the excitement, the passion that happens when such a diverse group of driven individuals come together around a shared cause. It’s hard to capture that in words and pictures, but we’ll try our best.

The competition started on 14 April and included 178 competing teams in the Opening round. Imagine the impact shared that day! The following day, 97 teams moved forward to compete in the Quarter-Final round, while those who didn’t advance had the chance to present a second time in the Consultation round, a unique experience to get additional feedback and guidance from judges on their program and presentation. 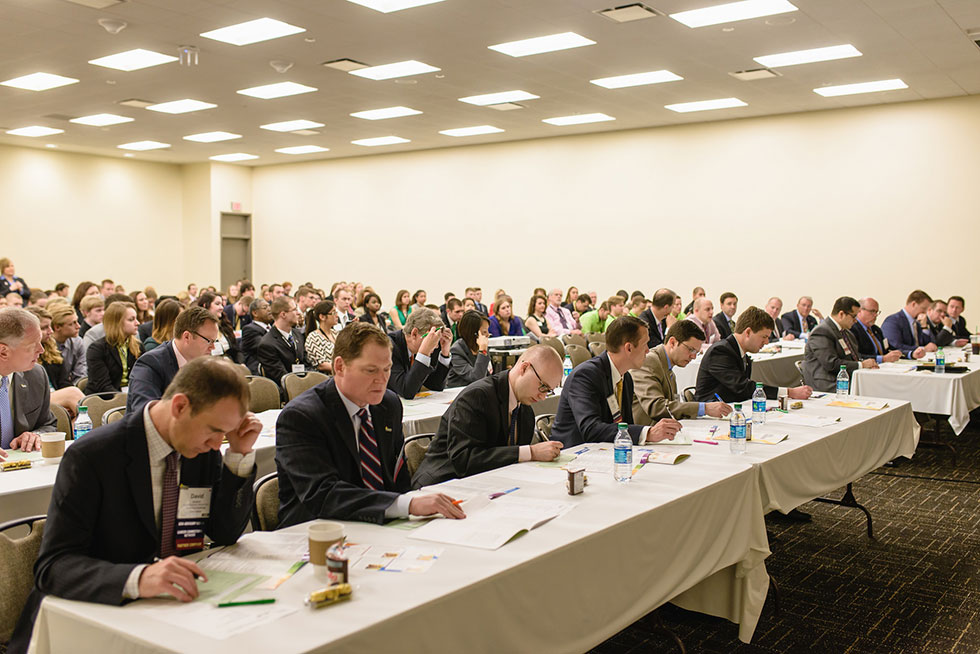 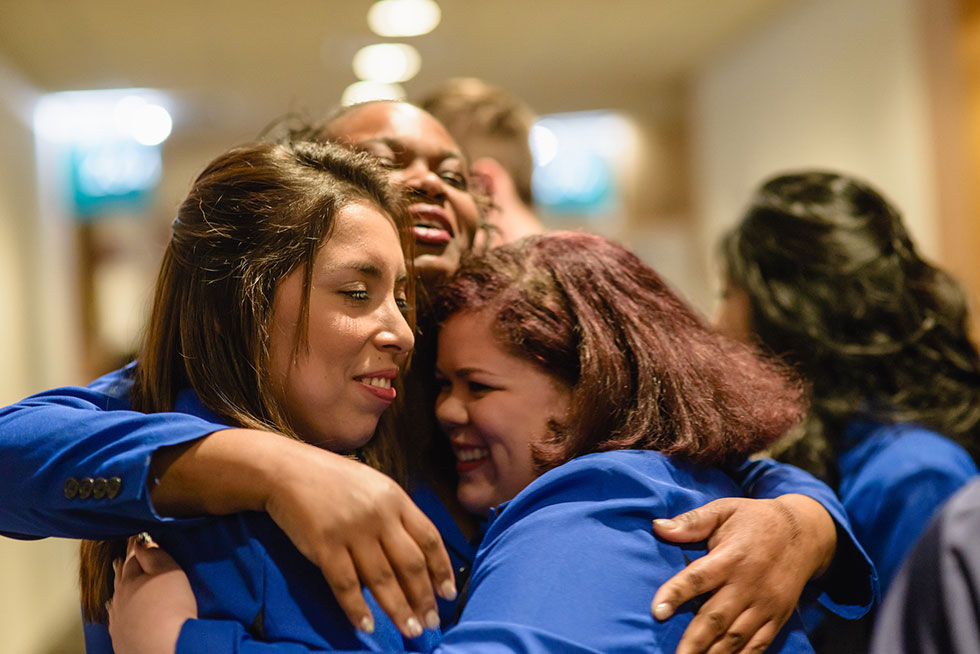 At the Quarter-Final & Consultation Round of Competition Awards Ceremony, the top team from each of the 16 Quarter-Final leagues was announced and moved forward to the Semi-Final round, which took place the morning of 15 April. After lunch that day, all event attendees met in the main ceremony room to learn which four teams would move forward to the Final Round.

Those four teams were incredibly impressive, with outreach projects ranging from John Brown University’s work developing an aquaponics system for a rice farming family in Cambodia, which helps them grow 220 pounds of vegetables every four to six weeks; to Belmont University’s Strings for Hope initiative, which worked with three unemployed women in Nashville to turn broken guitar strings into bracelets, with sales supporting the women and the community in food security, health and education. You can watch all four amazing presentation on our National Competition YouTube playlist.

In the end, the 84 senior-level executives serving as final round judges selected Brigham Young University-Hawaii as the 2015 National Champion, earning the team the chance to compete for the Enactus World Cup this fall. Judges were impressed with their diverse portfolio of projects, including their initiatives to benefit the Ivory Coast, the home country of one of their members. Among other initiatives in that region, the team inspired 50 women to become entrepreneurs through micro financing and taught 40 cacao farmers to supplement their incomes and pollinate crops with beekeeping.

One thing that stood out at this year’s event was the engagement of the Enactus USA network. We all know that our network is pretty special, and national competitions, both in the US and around the world, are an amazing opportunity for our dedicated student, faculty and business leaders to come together and celebrate the role they play in improving lives through entrepreneurial action. But they are also a great opportunity to tap in to the unique perspective each group has on the world and our program, and this year’s competition included sessions to leverage that knowledge, share ideas and provide a forum for feedback.

One example is the Sam Walton Fellow Town Hall, where our faculty members had the chance to interact directly with Enactus USA staff, learning about the direction of the organization, offering their perspective, and discussing ideas.

On day two, after the opening round of competition wrapped, students were invited to their own Town Hall Session where they explored the history of the organization and were given insight into its future, as well as the chance to ask questions and offer feedback. For many students, this was the first time hearing the history, giving them greater context and perspective.

Super interesting learning about the history of SIFE/Enactus at the Student Town Hall! #EnactusUSA

Also announced was the creation of student and alumni advisory councils, which will complement the work being done by the National Advisory Board, the Faculty Advisory Committee, and the Career Connections Network.

Other event highlights include the massive career fair, which saw 41 Enactus USA partner companies participate. Lots of great connections were made over those two days: we know at least 200 interviews have taken place as a result of the career fair, and Walmart/Sam’s Club even made four offers live on stage during the Opening Ceremonies.

Gold medal Olympian Summer Sanders offered an inspirational keynote address at the main ceremony on 15 April, encouraging attendees to strive for success. Students even had the chance to meet her directly at partner company Liberty Mutual’s career fair booth that day.

The competition made the news – check out the coverage here: http://fox2now.com/2015/04/15/top-business-execs-discover-next-generation-of-leaders-at-americas-center/

Looking forward to the day ahead and the inspiring stories we will hear from the other #EnactusUSA teams! #WeAllWin

Words can’t describe how amazing this week was. So thankful for my team and this euphoric feeling. #EnactusUSA #weallwin

Impressive groups so far! Thanks #EnactusUSA for the amazing work you are doing out there.