If you’ve heard news about the Ukraine over the last number of months, it was most likely focused on the challenges and strife facing the nation. What’s been missed in that coverage, however, is the incredible work being done by hundreds of students in communities across the country, students who have the courage and strength to find opportunities to positively impact the lives of others despite the turmoil going on around them. On 8 July, these students, along with the business executives who support them and their dedicated faculty advisors, came together at the 2014 Enactus Ukraine National Competition to showcase and celebrate the impact they have made. And while the competition is certainly important, what’s most important is the example that their actions are for the rest of us: that we all have the potential to make a difference in our daily lives, regardless of the challenges we may face. 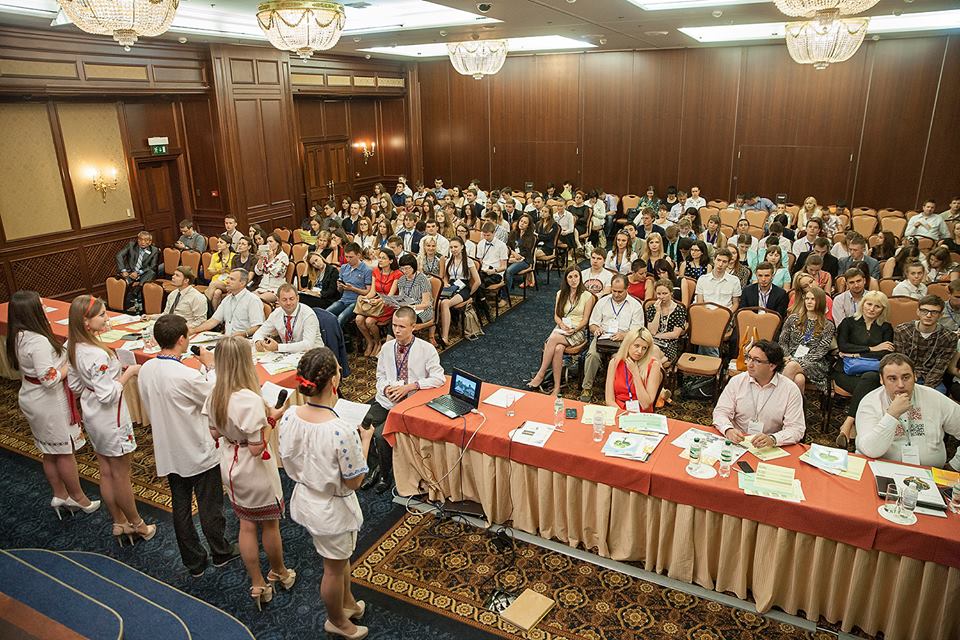 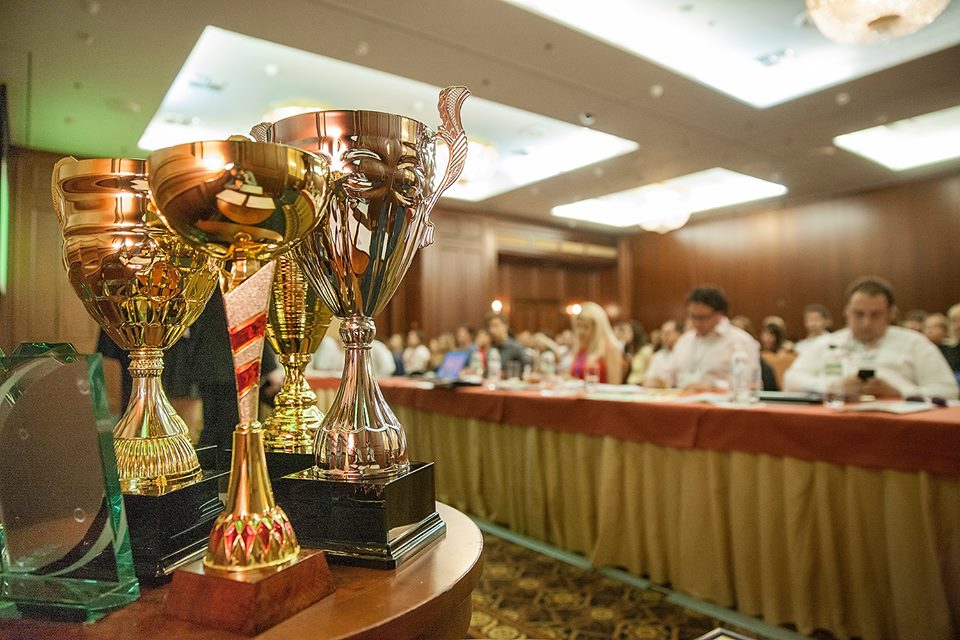 The competition took place at Premier Palace Hotel in Kyiv; eight teams were evaluated by 63 judges in the first round, who selected the four teams for the final. Six final round judges had the difficult task of choosing a national champion. In the end, they named Kyiv National Economic University the winner, and they will now prepare to compete on the global stage at the Enactus World Cup. Judges were impressed with their iLearn project, which used Skype to prepare middle-school students in Eastern Ukraine for university entry. This part of the country has suffered from hostilities for the last five months, making it difficult for the students to attend classes and prepare for the entry exam that if passed, allows them to attend university for free. After the online course led by the team, 540 students passed the exam and are now applying for university. 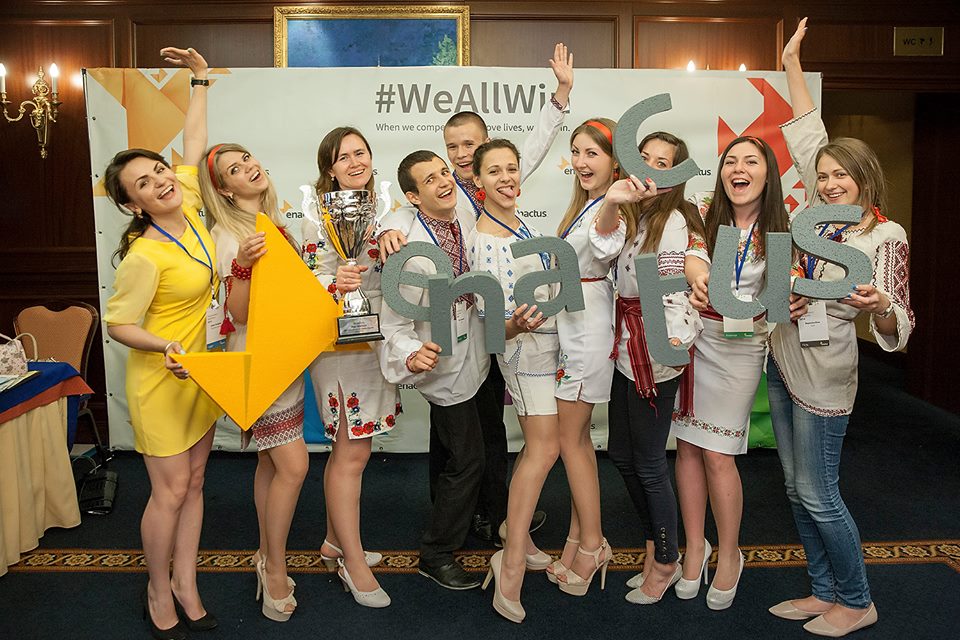 In addition to the competition, attendees had the opportunity to hear from Yevhen Hlibovytsky, Managing Director at pro.mova, a consulting company he founded that examines current values and offers advice on how to use that as a basis for forming corporate strategy. A consummate social entrepreneur who works with national and international business, Yevhen explored the topic of Ukrainian values and how the students can prepare to be successful in the long-term and compete on a global level. 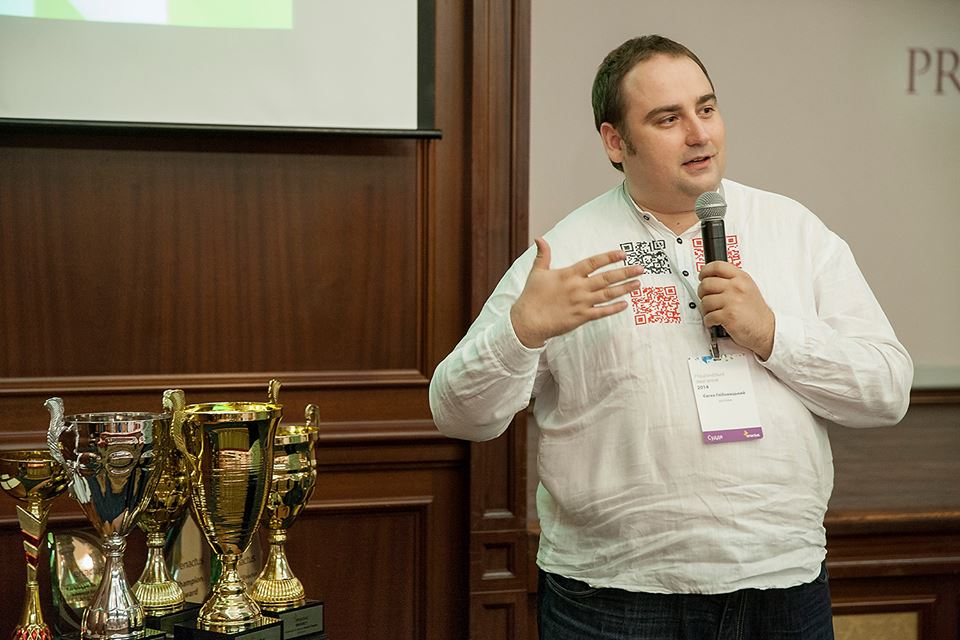 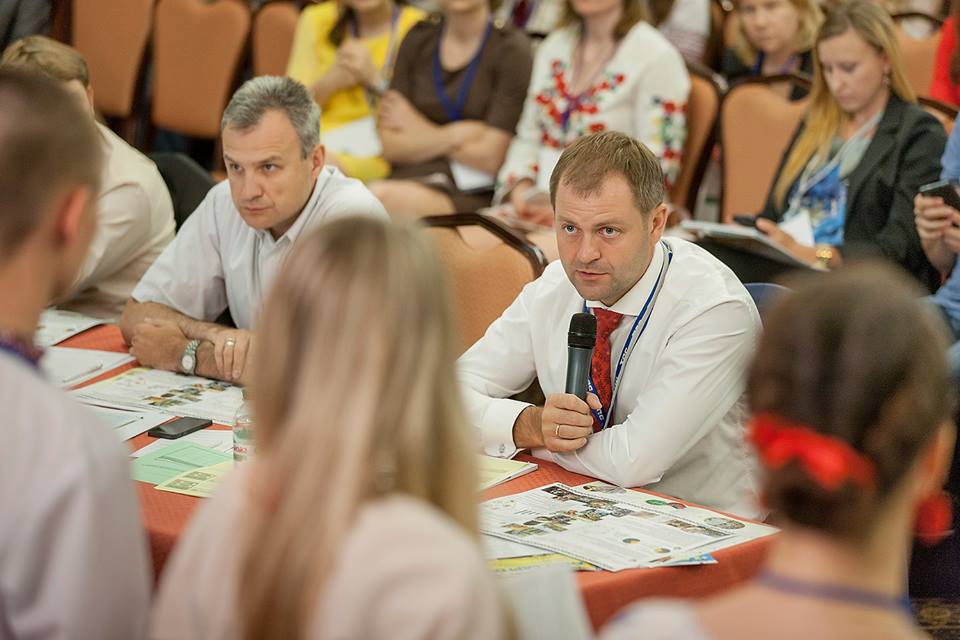 To celebrate success throughout the network, Enactus Ukraine presented a series of additional awards including Faculty Member of the Year to Daura Zuhbi of Donetsk National Technical University; and the Spirit of Enactus award, which was given to the team from Kharkiv Institute of Finance. The Enactus Champion Award was presented to Philip Morris Ukraine in recognition of their years of support and involvement. The winner of Territory Business, a special competition sponsored by Metinvest, was also announced with the award going to the Enactus team from Kharkiv National Economic University. As part of the award, Metinvest is providing funding for one student to attend the Enactus World Cup in China this fall. Read the release Metinvest issued after the competition for full details.

Enactus Ukraine’s report from the field video gives you a snapshot of the competition, minutes after the champions were announced. Watch it here: