Team enthusiasm and commitment to projects shine at competition

Dushanbe, Tajikistan – For a second time judges for the Enactus Tajikistan National Competition have chosen the Institute Economic and Trade of Tajik State University of Commerce to represent the country at the Enactus World Cup.

The team went to World Cup in 2011 where they presented on projects that fostered financial literacy and business ethics. Since their last World Cup appearance the team has expanded their community outreach efforts to include projects that focused on career center training, youth empowerment and even a discount card project aimed at increasing sales and awareness for struggling businesses. The 50-plus member team is one of the larger teams in Tajikistan and they consistently log more than 4,000 volunteer hours each year on their projects. 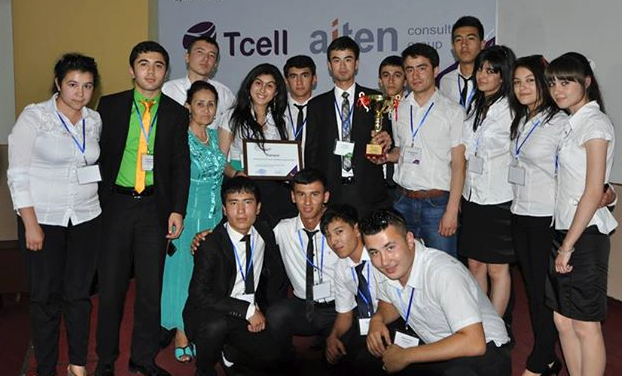 Growing attendance each year at the Enactus Tajikistan National Competition, as well as the country’s increasing strides and emphasis on entrepreneurship, captured media coverage from 1National TV.