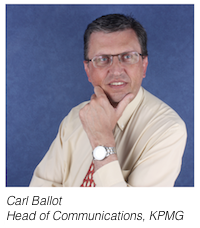 Johannesburg, South Africa – As a representative of KPMG, a local and global partner of Enactus, I’ve had the privilege of working with Enactus right from their start-up in South Africa in 2002. I have seen Enactus’ local meteoric growth, from very humble beginnings that all started with a simple phone call from Tom Moser in KPMG in the U.S. to Tom Grieve, former Chief Executive for KPMG in South Africa. And, as they say, the rest is history.

The two days of intense competition, spirited teamwork and the recognition that “we all win,” took this year’s National Competition to a new level.

Projects ranging from agriculture and hand-painted shoes to business formalization and market positioning, and a host of others in between, showcased the impact of Enactus in South Africa like never before. The team from University of Pretoria, who describe themselves as the “Architects of Change,” took top honors this year. The event was held in the heart of Sandton, to the north of Johannesburg, which is recognized as the richest business hub in South Africa. How appropriate that the most powerful Enactus projects, all from humble beginnings, were showcased in the midst of some of the most significant businesses in the region.

This year’s National Champion presented two projects. One focused on securing a sustainable stream of income for the St John’s Home in Johannesburg that supports 600 orphaned and vulnerable children. Their second project, called Kickbax, empowered a budding entrepreneur to apply his artistry skills and create job opportunities for his community members.

As incredible as the National Competition was, it was a bitter-sweet affair. Shortly before the competition, our beloved chairman (since 2008 and board member since 2004), Evan Poulos, passed away after a long illness. With his family present as guests of honor, we paid tribute to Evan through a moving video presentation – recognizing his visionary leadership and the massive impact that he had on all of us and will still have, as we collectively continue his legacy to grow Enactus in the country.

The conversation on Twitter trended in South Africa on the second day of the competition and no doubt was even more lively in person as the teams made their way back home and we all reflected on the most extraordinary two days. The leverage that Enactus teams achieve is thrilling. The investment by business in Enactus, financially, time and in kind, is exemplary. The commitment and drive of the faculty advisors is part of the glue that holds this all together. And, of course, it’s the students who make Enactus alive.

Remarks that were passed by some of the top business executives at the South Africa National Competition included excitement about the exposure Enactus offers to business, project conceptualization, management principles and instilling a social conscience in our youth. Others noted that the “Enactus Qualification” is the differentiating factor for talent recruitment as the program gives participating students an edge compared to other graduates.

The several league rounds, rich catering, keynote speaker, sponsor recognition, awards ceremonies, networking opportunities – and all the pride and joy around the event – resulted in the best National Competition yet.

EN-ACT-US is all about relevant entrepreneurial action that speaks to – and from – all of us who are involved in some way with this incredible organization. While the work of Enactus clearly carries on throughout the year, it is an absolute privilege and moment of truth when it all comes together at the National Competition. This is no doubt true for every country across the world and ultimately at the World Cup. 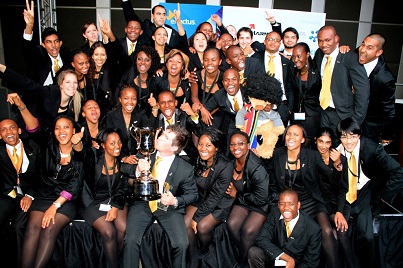