The Enactus Senegal National Competition was held in Dakar at Hôtel Radisson Blu on 15 and 16 July. Four teams competed, bringing an astounding 400 students to the competition. Special guest Nicole Gackou spoke at the opening ceremony. According to Dr. Latif Mbengue, Director of Enactus Senegal, Gackou, “delivered a powerful speech encouraging young people to be ready for entrepreneurship.”

“I thank all Enactus Senegal board members including Mr. Yves Coffi-Quam dessou, Director of Ecobank Senegal for the remarkable welcome remarks during the opening,” said Mbengue.

In the end, the Business School of Management SupdeCo was named the Senegal National Champion by the nine final round judges and Sagna awarded the team with a trophy. The team earned the award for the work they have done on a project in St. Louis, which is a region located in the Northern part of Senegal. They equipped 300 women with technical skills to help them farm better, commercialize their products and professionalize their businesses. 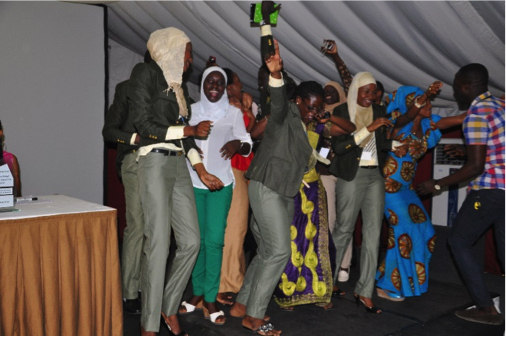 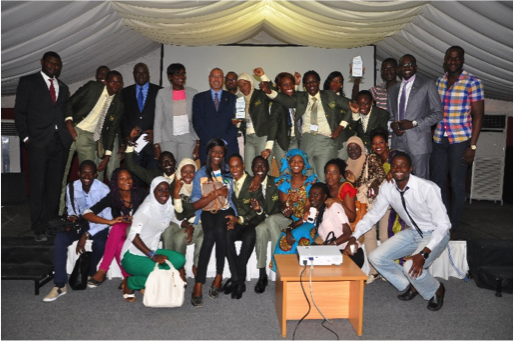 As with all Enactus national competitions, an important element of the Senegal National Competition was to provide the opportunity for the student, academic and business professionals in attendance to engage, collaborate and learn from one another. A special Youth Entrepreneurship Forum held during the event provided just such an opportunity with a focus on encourage students to share ideas to better improve their communities. Additionally, the Networking and Recruitment Fair held during the event provided students the chance to directly engage with representatives from 20 different companies who participated in the activity.

In summarizing the importance of the event and highlighting what he felt made this year special, Director of Enactus Senegal, Mbengue said, ‘’Enactus Senegal was proud to provide this learning platform to Senegalese students. We thank the sponsors who made the event possible, the business leaders who came to serve as judges and the various speakers of the Entrepreneurship Forum.”