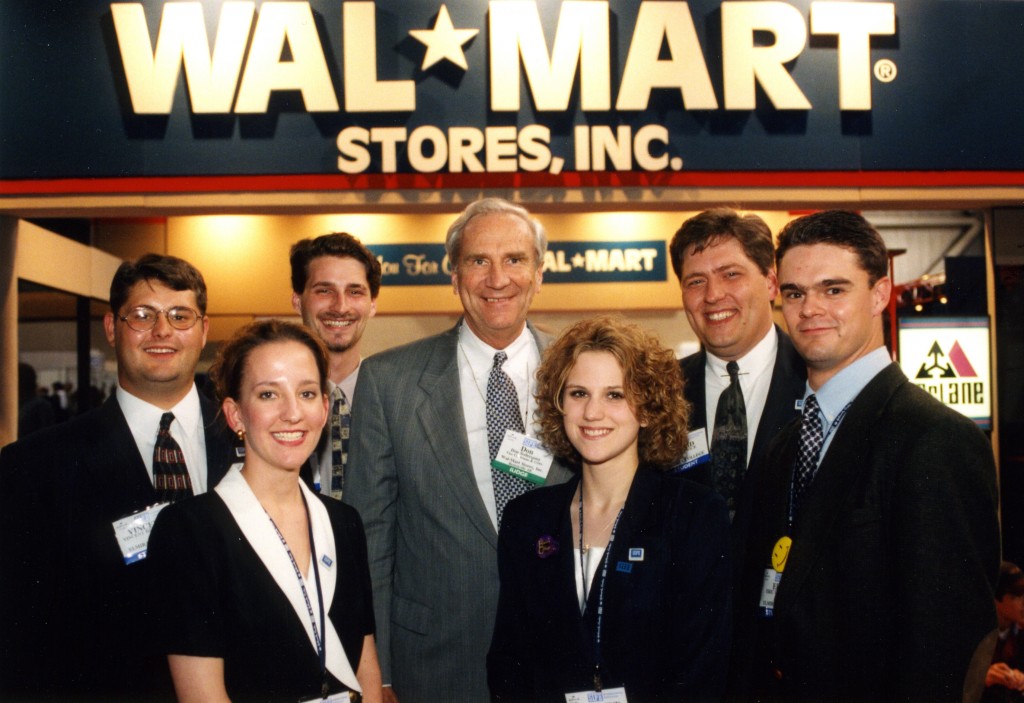 Don Soderquist believed investing in students who take entrepreneurial action for others creates a better world for us all. For many, many years he served as a Final Round Judge at Enactus United States National Expositions. Here he is shown with Enactus students.

I have just returned from India and the long flight gave me time to reflect on the life and career of my friend and mentor, and great friend of Enactus, Don Soderquist. Don continued his support of Enactus in his retirement as a personal donor for many years. Enactus has been fortunate to partner with the Soderquist Center for our leaders’ professional development.
I had the privilege of sharing many meetings and meals with Don over the years. He was quick to respond when I called for advice. It wasn’t always what I wanted to hear but it was always wise and valuable.

Don served as a Final Round Judge at the USA National Expo for many years. There are many experiences I could share, but two stand out. The first was before cell phones. On break the judges had to use the pay phone to check in with their offices. Every judge had returned except Don who was hung up on the phone. I stood behind him and used hand signals to let him know everyone was waiting on him. He hung up as soon as he could, grabbed his coffee and ran down the hall. Then he turned around to say, “Alvin you’re the only guy who could get me to run down a hallway with a full cup of coffee.” I responded, “Don, you know you wouldn’t do this just for me”. To which he replied, “You’re right. I’m running down the hall so I don’t disappoint these great students.”

The second was a few years later right after the first team in the finals presented. Don grabbed his Blackberry and made a call. He was sitting between two CEOs who started to give him grief saying, “Hey Don, are you really so busy that you can’t finish your scoring before you make a call?” He replied, “That call was to my recruiter who is standing by the stage waiting for me to tell him which students to make offers to.” His two critics quickly grabbed their phones and called their recruiters to get up to the stage before Walmart hired all the talent.

My last experience with Don was recently when my wife and I happened to be attending his Church. Don and I bumped into each other getting coffee. We soon realized the foyer was empty and were now late for the service, so we both ran to our seats with coffee in hand. Don asked, “Alvin what is it with you and making me run with coffee in my hands?”

Don Soderquist, we will miss you!