Over 320 students, faculty members and business executives met in Warsaw on 2 June at the Kamienica Theatre for the Enactus Poland National Competition, our 12th event of the competition season. Nine teams presented their social entrepreneurship initiatives to 80 judges over two rounds of competition. Those nine teams shared the details of nearly 30 projects they collectively completed over the past year, addressing a range of topics including job creation for the homeless, nutrition issues for children and adults, technology accessibility for seniors, and the exclusion of people with disabilities from the labor market.

An impressive group of companies are involved with the program in Poland, and the judging panels included executives from leading companies such as PKO Bank Polski, AIG, Credit Agricole Bank Poland, PwC, Cargill, Microsoft, Mercedes-Benz, Sealed Air, Mastercard, Hitachi, and IBM Poland. A number of the executives offered their congratulations directly to delegates throughout the event, including Mr. Zbigniew Jagiełło, President of PKO Bank Polski, the country’s largest bank. PKO Bank Polski took their involvement one step further and offered students from the winning team internships, which will allow them to earn money for their World Cup travels as well as gain valuable experience with one of Poland’s largest businesses. 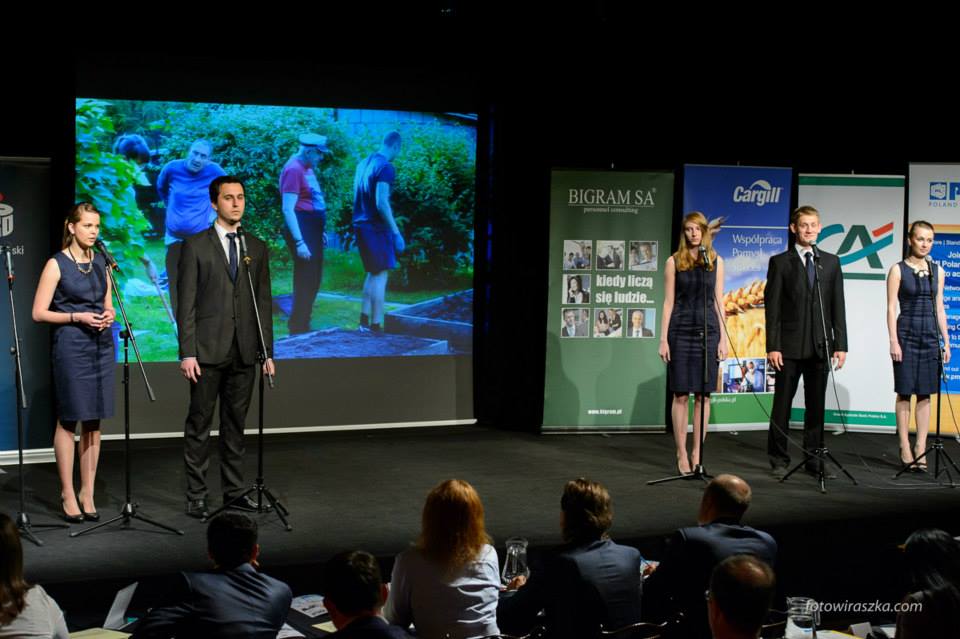 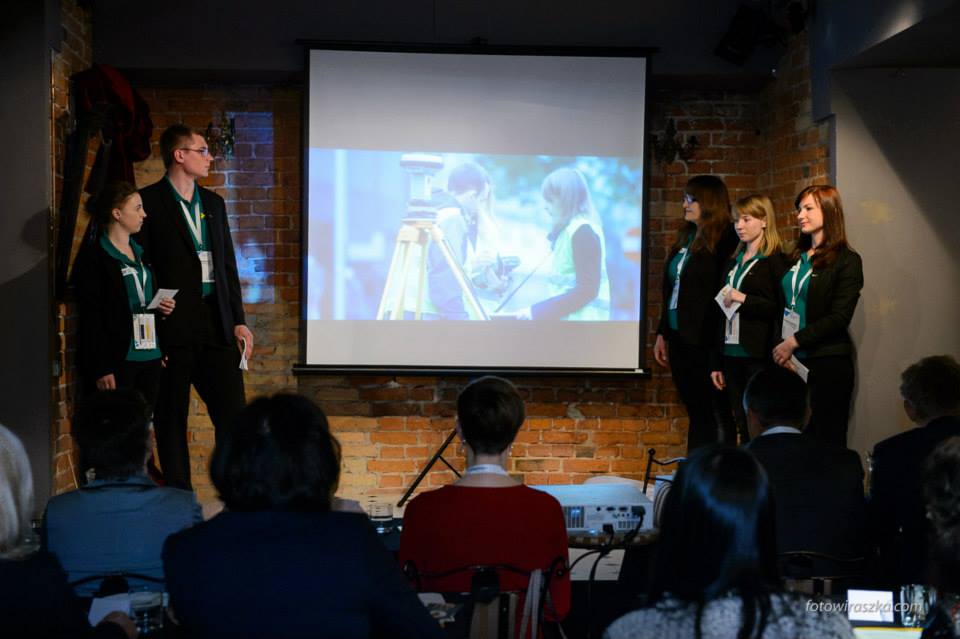 In the end, the team from the University of Gdansk was named the 2014 Enactus Poland National Champion, impressing judges with projects like Village in the City, which taught small farmers about marketing and selling strategies to expand distribution channels for their high-quality products. Before, these farmers would sell directly to wholesalers resulting in a much lower profit compared to the effort involved and the quality of the product. The students organized Green Fair, a local market that allowed the farmers to put their new knowledge to work and sell directly to the community, generating nearly $700 in extra profit for each farmer, and providing an outlet for the community to purchase affordable local, healthy food. Green Fair takes place every two weeks and this year, the team expanded the project to include three markets around Gdansk. The team will now prepare to represent their country at the Enactus World Cup in Beijing in October.

In addition to the awarding the overall championship, Enactus Poland used the competition to recognize some other impressive accomplishments from the past year. Team awards including Most Improved Team (University of Life Sciences), the Newcomer Award (Wroclaw University of Environmental and Life Sciences), and Outstanding Faculty Advisor of the Year (Magdalena Wróbel from the Lodz University of Technology) were all presented. They also recognized three organizations for their contribution to the development of the Enactus program in Poland: Credit Agricole Bank Polski, GPEC Group, and LOTOS Group. 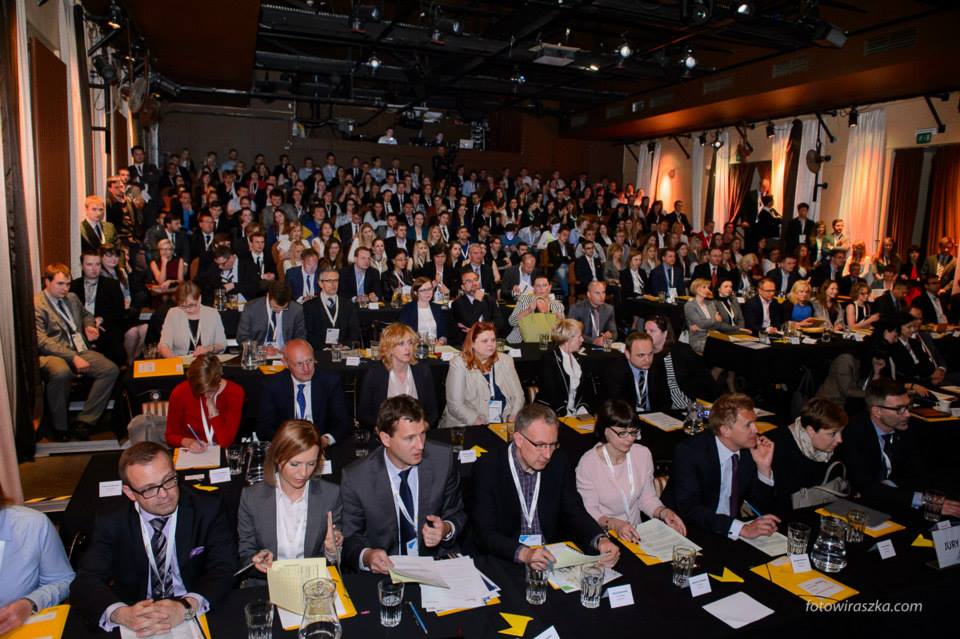 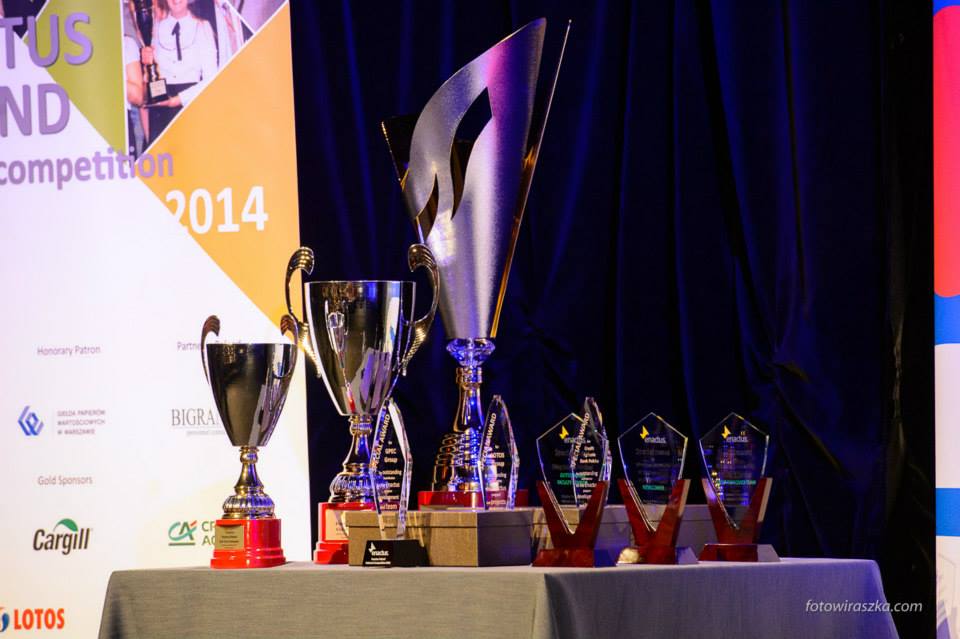 Watch what people had to say about their experience at the Enactus Poland National Competition and see all the highlights here: