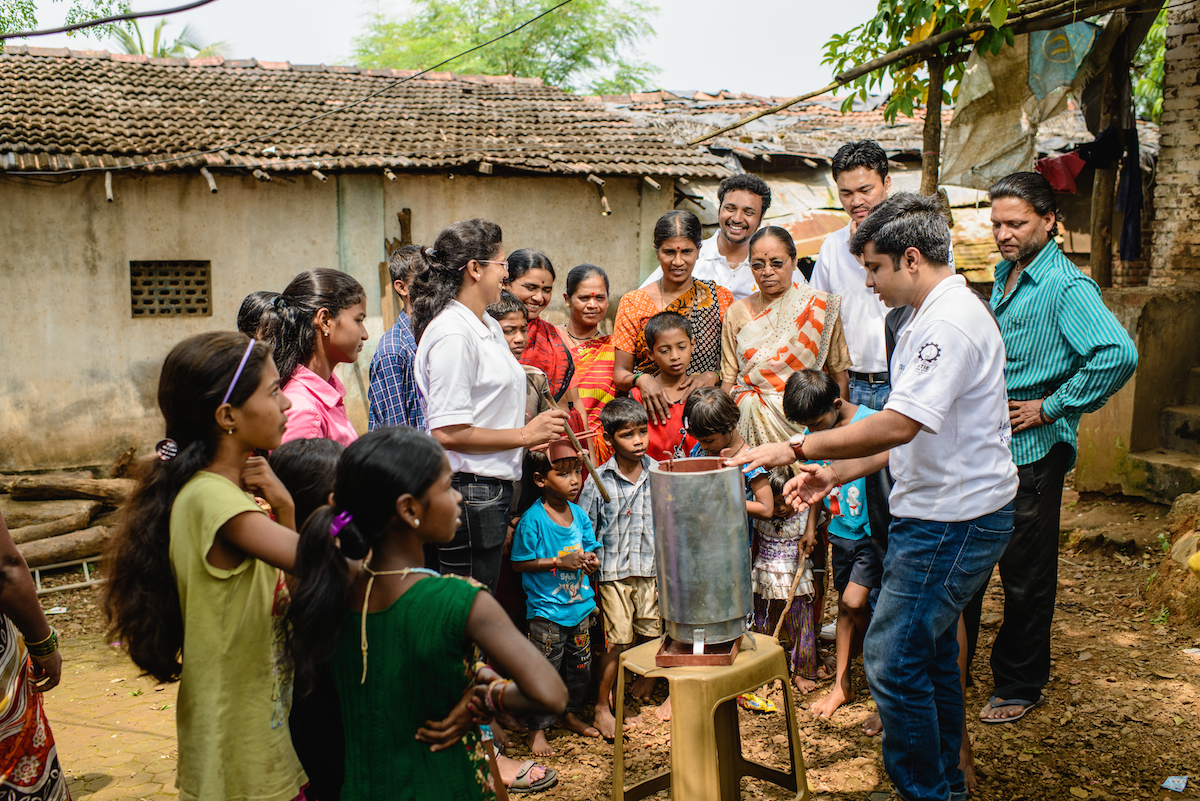 In places around the world, simple tasks like cooking can be dangerous and inefficient. Over one billion people use chullas, three-stone cooking stoves that are traditional to India and have been used since the Stone Age. These stoves are inefficient, requiring large amounts of fuel.

Chullas also carry a health hazard. They release smoke and fumes into the house, leading to respiratory and eye diseases. According to the World Health Organization, 4.3 million people die prematurely from this type of household air pollution every year. Luckily, the Enactus team from the National Institute of Industrial Engineering saw opportunity in this common problem.

With the help of Dev Pareek from the Indian Institute of Technology Bombay, the team created a low smoke cooking stove. The new design allows for flame intensity to be controlled with a lever connected to the air vents. When the air vents are blocked, the flame intensity is reduced. The stoves decrease fuel use and cut down on cooking time, which helps save people money and eliminate deforestation. They also reduce pollution, reducing immediate and long-term health hazards.

The Enactus team developed a prototype first and tested it in their market. This allowed them to tailor the product to fit customer needs. They made adjustments to ensure that the stove was comfortable for people to use and then shifted their focus on making it more cost-effective. Now, the students are working to develop the stoves for commercial use. They will market and sell them through non-governmental organizations. Their marketing plan includes demonstrations as well as a communication campaign emphasizing the benefits of the new stove.