Held at the Hotel Intercontinental in Almaty on 21-22 April, the Enactus Kazakhstan National Competition marked the fourth of our 36 national events. Each event is built around a competition, filled with similar experiences and emotions: the anticipation of presenting, the excitement of being named a champion, and the pride in knowing you are a part of something bigger than yourself. But the competition is just the beginning of the experience. What makes these events so special is the chance to come together with like-minded individuals from across the network to share ideas, collaborate on new initiatives, and celebrate our collective accomplishments.

This year’s Kazakhstan National Competition, sponsored by KPMG, AIG, Akyl-Kenes, the Ministry of Education and Science, and Logycom, brought together over 600 Enactus members including 495 students, 30 faculty and 91 executives. Teams from 33 universities presented their entrepreneurial initiatives over three rounds of competition, with Kazakh National Agrarian University being named the 2014 National Champion. Watch this short clip of the awards ceremony after the national champion was announced. 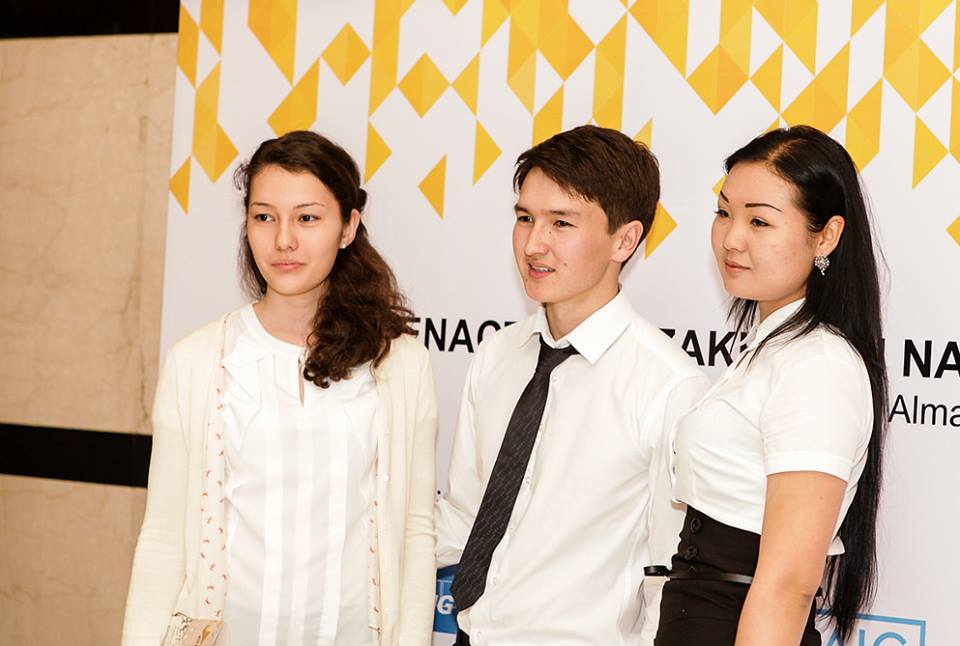 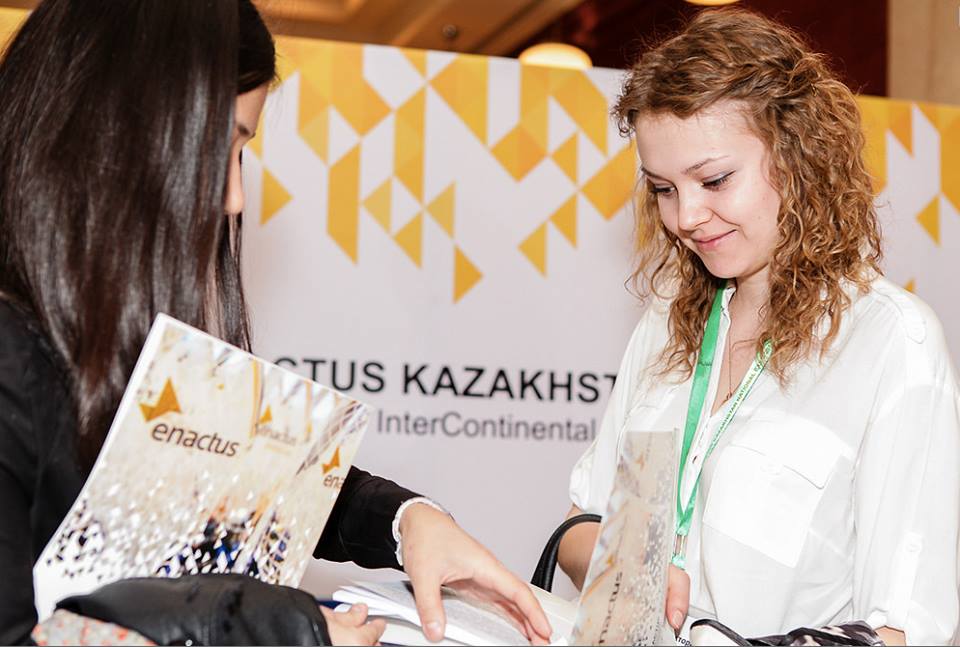 The keynote address given by Alla Nigay, General Director of KPMG Audit LLC, who shared with attendees a message about the importance of supporting youth entrepreneurship and its positive impact. Networking and collaboration was the focus at the career fair where students had the chance to meet and interact with potential employers. And executives had the opportunity to directly interact with students through the Top to Future-Top Forum, where they explored sustainability, as well as a series of master classes where leaders in various fields shared their experiences and expertise with the students.

Participants also had the chance to network with an impressive list of special guests, including Theresa Grencik, Consul General for the U.S. Consulate General in Almaty, Maksat Mazhitov, Head Officer for the Coordination of Cooperation in the Sphere of Youth Policy, Youth Committee Ministry of Education and Science RK, and Aidyn Abay, Secretary of the Council for Youth Policy under the President of RK. The successful competition received significant media coverage, including this segment from Kazakh TV, allowing the general public to experience the event as well.

Additionally, there was another group of special guests in attendance, all from the global Enactus family: Kamala Mamedova, President of Enactus Azerbaijan, Sergey Ravichev, President of Enactus Russia, Zharkynai Talantbekova, President of Enactus Kyrgyzstan, and Dan Booher, Enactus’ Chief Operations Officer. These individuals made the trip to Almaty to support the Kazakhstan team but also to learn from each other, help when needed, and celebrate the successes of the year. With this kind of example from the leaders of our country programs, it’s no wonder that our teams collaborate on projects on a regular basis, that our students support each other both online and in person, and that the teams who didn’t win the trophy are cheering just as loud as the team that did. This is just another example that when we compete to help others, we all win.

Check out this flashback video created by Enactus Kazakhstan:

Enactus Kazakhstan from IT University really had a great time together! I’ve met so many awesome people! Thanks Enactus! ^___^ …

Translated by Bing:
“In fact, all of the projects #enactuskaz are very impressive-I want to go outside and turn the world 🙂 well done guys! @enactus_kaz“

Translated by Bing:
“I congratulate the team and personally IITU ENACTUS teacher Sailova Azat to the semifinals! Well done, keep it up!“