The 2014 Enactus Japan National Competition brought together 210 people on 6 July to celebrate the positive impact made in communities across the country over the past year. Held at the Hotel Cadenza Hkarigaoka in Tokyo, 12 teams presented the results of their social entrepreneurship projects to 24 judges over two rounds of competition. In the end, the team from University of Hyogo was named the national champion, earning the right to represent the country at the Enactus World Cup in Beijing in October.

The team’s conservation of native seeds and vegetables project stood out to judges. Farmers in Hyogo were turning to non-native seeds and produce to increase their income so the team saw an opportunity to get involved and not only help the farmers earn a better wage but also to impact local agriculture. They partnered with a local preservation society and government office to educate the farmers, as well as starting a café that served and promoted native vegetables. To make a long-term difference, they also worked with local elementary school students, showing them how to grow and prepare the produce, while also sharing recipes on SNS. As a result, farmers felt more confident and motivated to grow native produce, and the community was informed of the benefits of buying and consuming local fruits and vegetables. 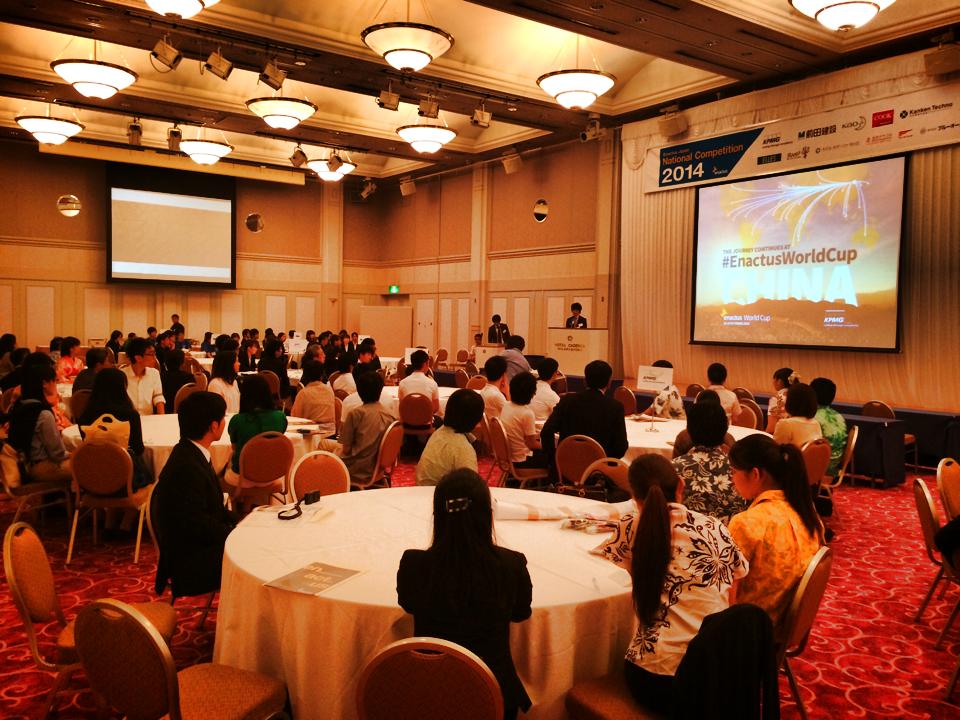 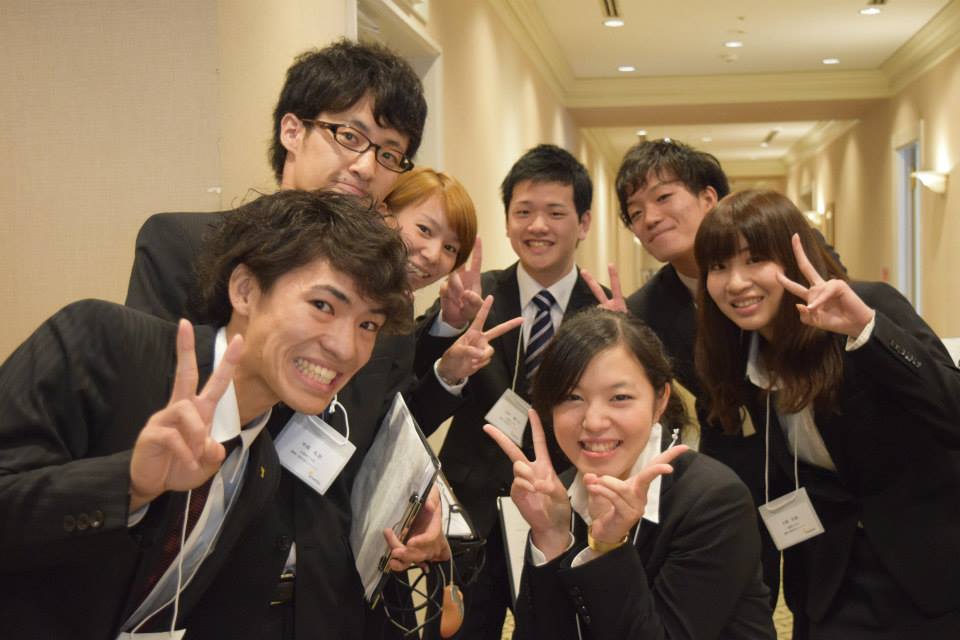 Sponsored by KPMG Japan, Maeda Corporation, Kao, Cook Japan, Kanken Techno, Social Design Fund, Asahi ELLES, and Roots, the competition featured two keynote speakers who offered their perspectives on topics relevant to all in attendance. Atsuji Takebe from Maeda Corporation spoke about the importance of the Enactus program and the role the experience will play in the lives of the university students involved. Next Tomoyuki Yamanaka from KPMG Japan offered his personal and professional perspective on corporate social responsibility, a topic that tied nicely into the competition and theme of the day. Other special guests included Ryo Kanayama, Takeshi Tamigouchi, and Takeji Murakami from Walmart Japan. 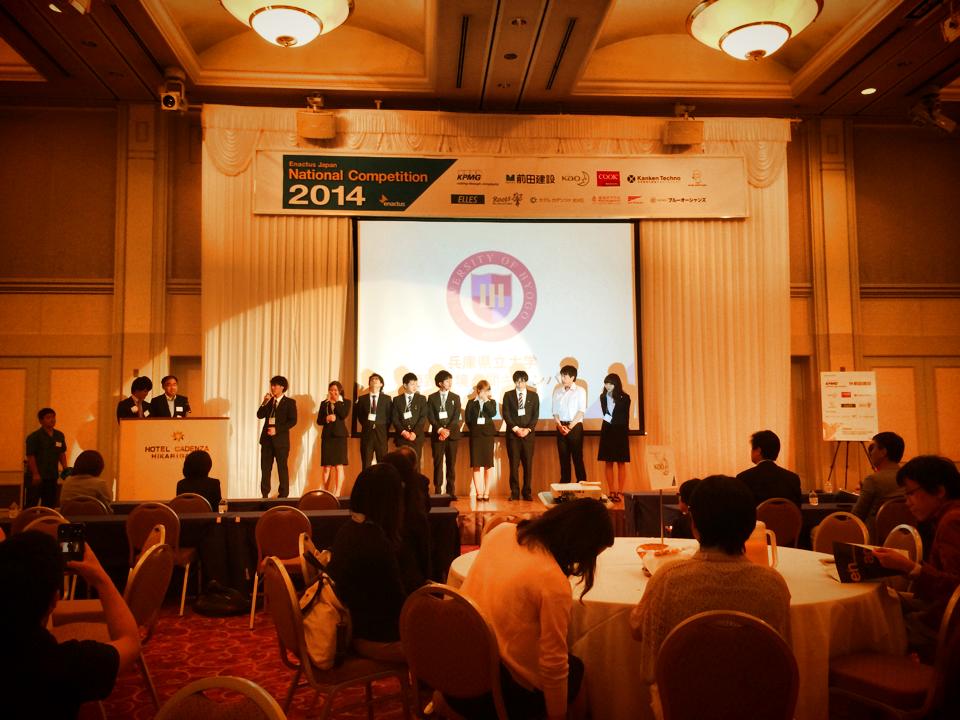 This impressive event was covered by the Okinawa Times and Ryukyu Shimpo; you can see copies of the articles on Enactus Japan’s Facebook page. And check out all the highlights from the last day of the competition below in one of two flashback videos (find the other one in our 2014 National Competition playlist on our YouTube channel!)

Translated by Bing:
“Kawasaki Enactus Japan National Championships took place in Tokyo today Miho and ODA came to play! Results could advance to the final round ^o^ I did not work until the finish, you want to use on future activities experience today! PR ODA“

Translated by Bing:
“Enactus Japan! Student activities joined in the judges this year! Good luck to everyone! #enactusjpn“