If you’ve ever wondered how much you can get done in a day, go and search #zwenactus16 on social media and see for yourself. At this year’s Enactus Zimbabwe National Competition, the day-long event was packed, from the competition to select a national champion, to an interactive top to future top luncheon. Following the posts on social media, it was clear that attendees were engaged, excited, and thoroughly enjoying the opportunity to celebrate entrepreneurial action.

A big reason for the huge presence on social media this year was the hard work of the eight individuals who served as social ambassadors during the competition. In partnership with staff, these Enactus enthusiasts covered all aspects of the event, from presentation highlights during the competition to words of wisdom from speakers. We appreciate and are grateful for their diligence in sharing all the emotion and excitement of the event with our global network!

One of the highlights of an Enactus event is the opportunity for cross-generational learning and the exchange of ideas. At the Zimbabwe competition, attendees had the chance to hear from Precious Murena-Nyika, Human Resources Director for Lafarge Cement Zimbabwe, who spoke about employability and the soft skills required for the 21st century workplace. Students and executives also had the chance to connect directly over lunch at the Top to Future Top Forum. A panel of experts offered their perspectives on solving the Zimbabwean and global youth unemployment crisis, then participants had the chance to explore the topic further at their tables.

Seven teams from across the country came to Harare in hopes of leaving with the National Champion title. In the first round, 40 executives evaluated the presentations and had the difficult task of selecting the finalists. Those four teams took to the stage and presented in front of all attendees, including 35 top business leaders serving as judges. In the end, the team from Chinhoyi University of Technology will be representing Enactus Zimbabwe at the Enactus World Cup in Toronto this September. 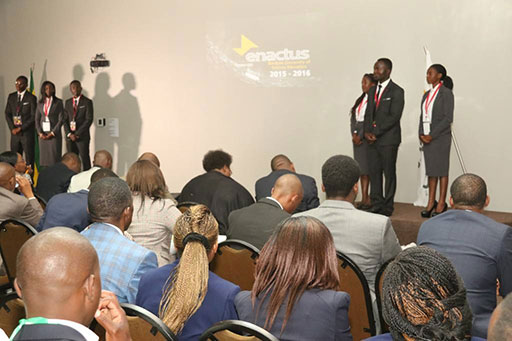 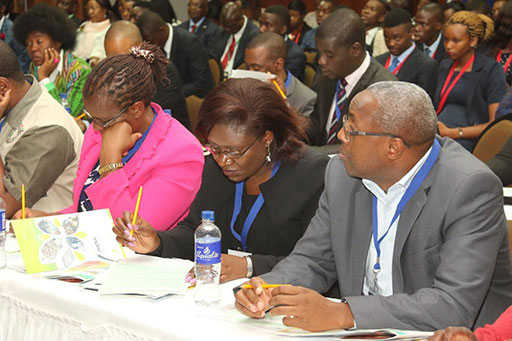 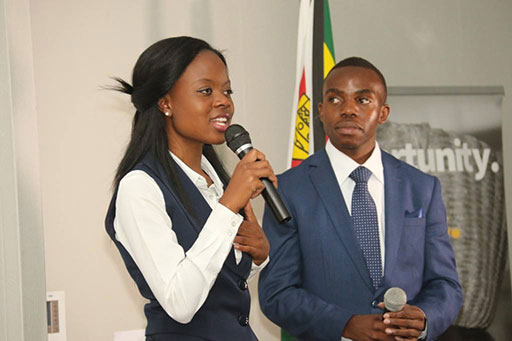 The team plans to present two initiatives at next month’s World Cup: the first is Stella Commune, a project that helped to empower fruit farmers in the Watyoka area of Mashonaland to negotiate their own deals for the sale of their produce, thereby greatly increasing their profit base. The farmers organized their cooperative into a successful registered company, which is creating employment for the community. The second project is Project Cotre, which worked at rehabilitating a business that was struggling from a lack of systems, increasing profits, establishing innovative ways of management, and employing additional employees. 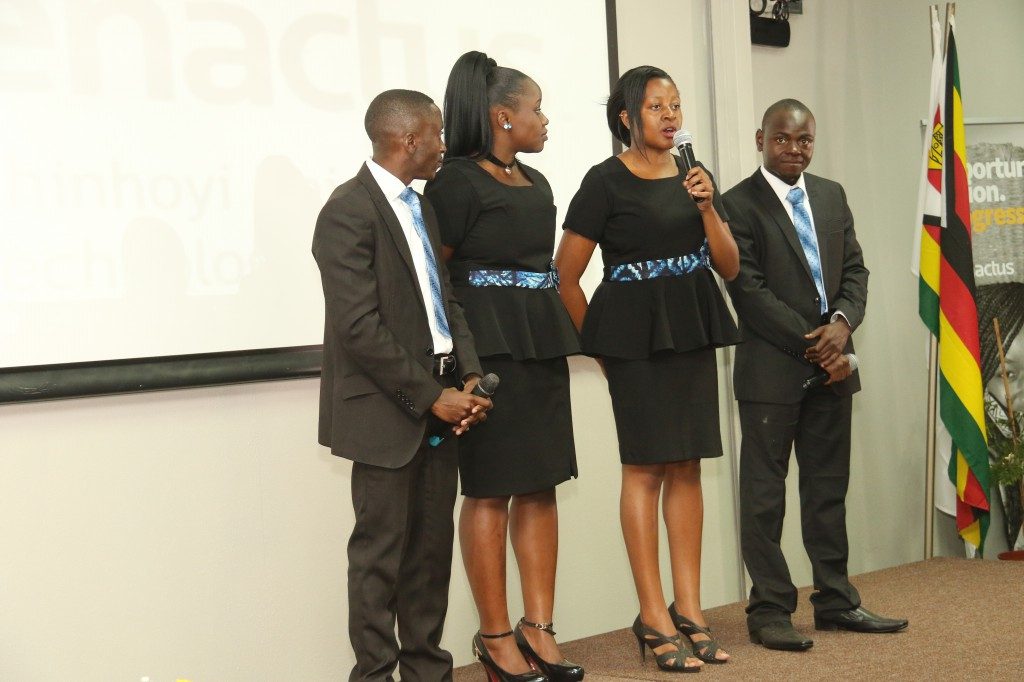 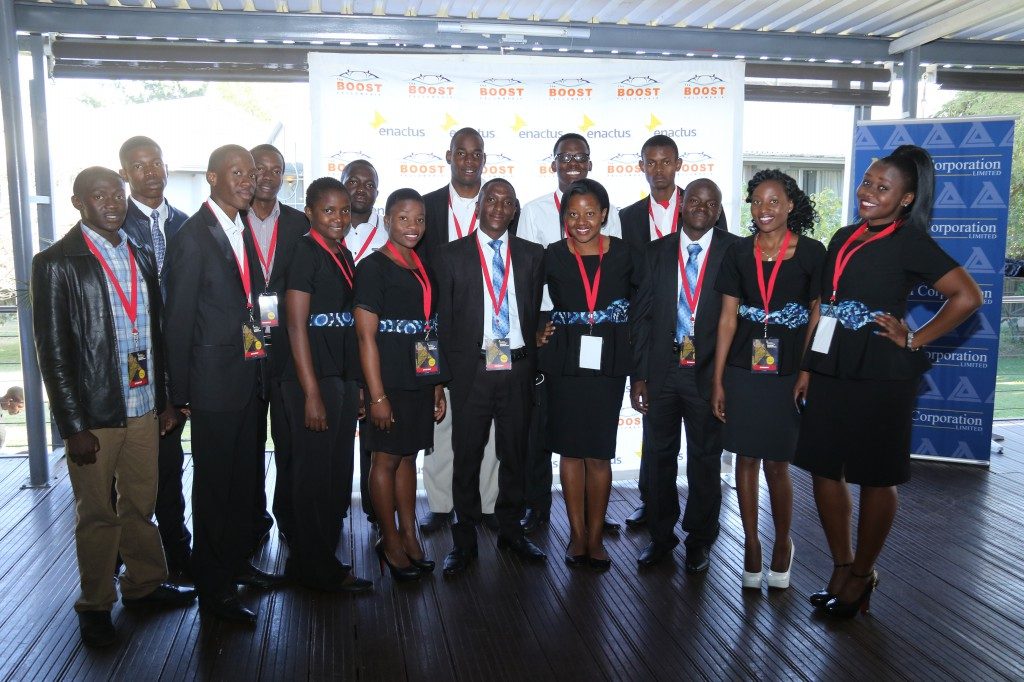 A few other event highlights: teams were invited to set up booths to showcase their work and initiatives, allowing for an open exchange of ideas and learning. Students were also treated to a performance by celebrity musician Tariro Negitare over lunch. And all attendees were asked to pledge their commitment to doing their part to address the UN’S Sustainable Development Goals.

Don’t miss this great flashback video that captures all of the highlights from the Enactus Zimbabwe National Competition!

This has been one of the best Enactus nationals ever. Its an honour to be part of such a prestigious event. #zwenactus16 #WeAllWin

Excited to be a judge at enactus 2016, looking forward to great performances #zwenactus2016 pic.twitter.com/6u7XGAXj9c