On 28-29 June, 450 Enactus Tunisia supporters came together at the Regency Hotel – Gammarth in Tunis to celebrate the impact made by teams through entrepreneurial action over the past year. Nine teams diligently prepared to share their work with the 45 executives serving as judges, who then had the difficult task of selecting the final three teams to move forward to the next round. It was up to the 29 final round judges, top executives from a variety of industries, to select the national champion and the team who will become Team Tunisia at the Enactus World Cup in Toronto this September. 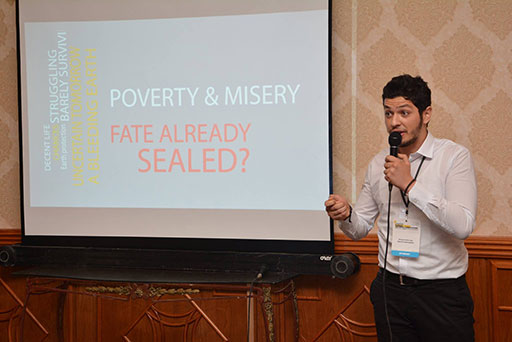 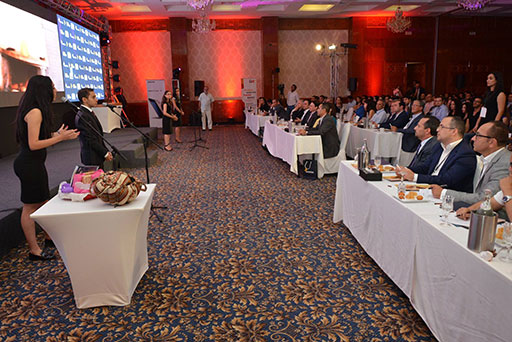 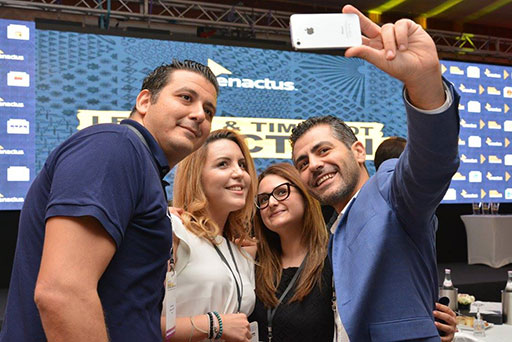 That team is ESPRIT University El Ghazala or ESPRIT ICT who impressed judges with their ebi3 project, a mobile and web application that provides self-employed women with the opportunity to promote their products and services free of charge. In the past year, the team offered the application to 500 women, increasing their income and helping them be more successful entrepreneurs. If you missed it, the champion announcement was streamed live – watch it below!

The event was attended by a number of impressive guests who spoke directly to attendees, offering their unique insights and perspectives. Mr. Zied Laadhari, Ministry of Vocational Training and Employment, shared that as a representative of the Tunisian government, he is very proud of the energy, creativity and enthusiasm of youth, who are the future of the country. His Excellency Mr. Daniel Rubinstein, US Ambassador to Tunisia, encouraged the students to be brave, never quit and continue to make the world a better place. 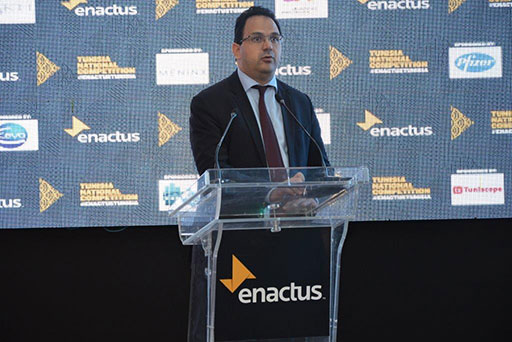 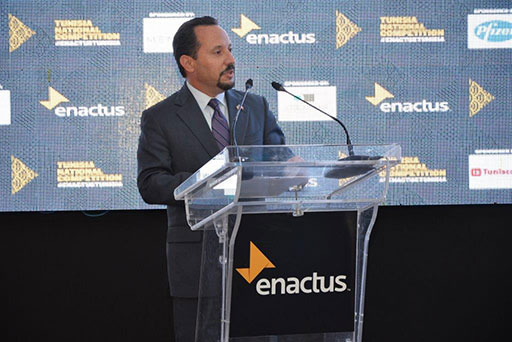 Mr. Hardy Ostry, Permanent Resident of event sponsor Konrad-Adenauer-Stiftung, spoke about the strategic partnership between Enactus Tunisia and the Konrad-Adenauer Foundation; while Mr. Lassaad Mezghani, Special Advisor to the Minister of Higher Education and Scientific Research, focused on the specificity of Enactus as a unique entrepreneurial experience in Tunisian universities; and Mrs. Ouided Bouchamoui, President of UTICA, shared her thoughts on entrepreneurial action as a solution to enable economic and social progress, especially in Tunisia where the public sector is saturated. You can find links to all of the speeches on the Enactus Tunisia Facebook page. 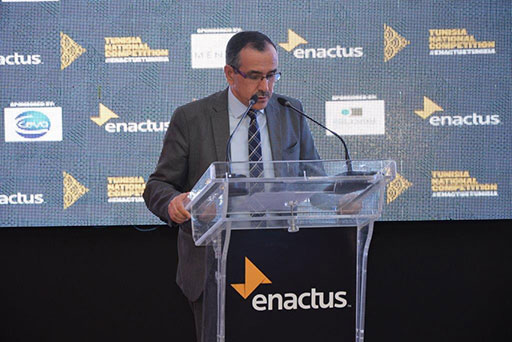 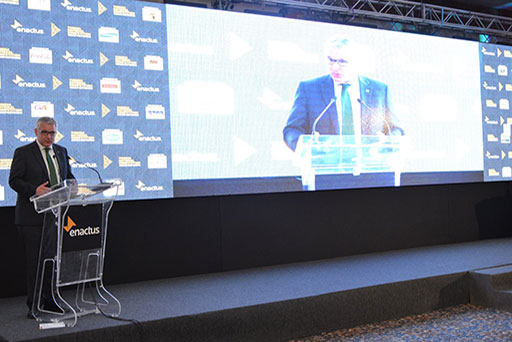 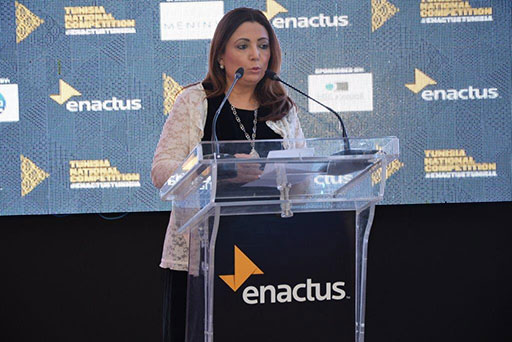 The spirit of celebration was strong in Tunis: in addition to naming the National Champion (they also won the Innovation Award!), numerous other teams as well as individuals were recognized for their achievements and impact over the past year. The team from ENIM was awarded the Employment Award, and IHEC Carthage won both the Environment and Sprit Awards. Oumima Mbarek from Enactus ENIM was recognized as the Team Leader of the Year, and the Faculty Advisor of the Year Award was presented to Mrs. Amel Saffar from Enactus IHEC Carthage. 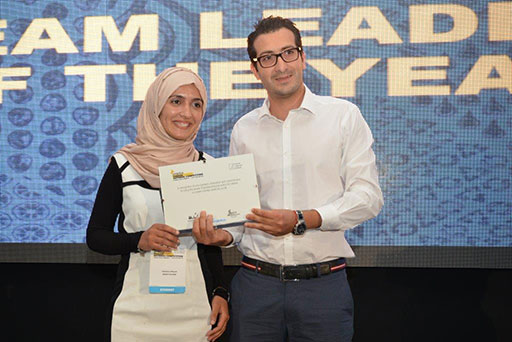 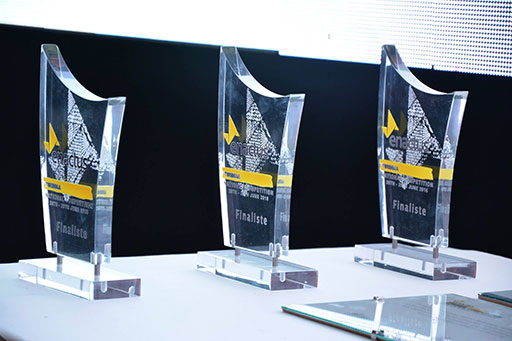 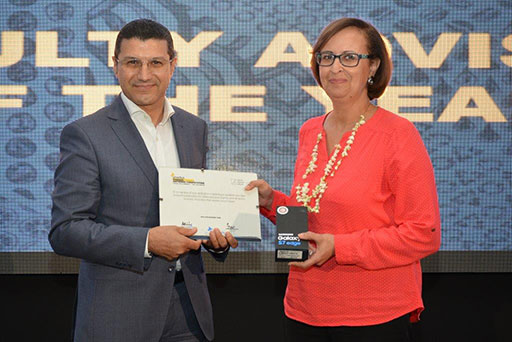 The competition received lots of great media coverage, both before and after the event, including this great article that promoted the event in advance, as well as the radio interview below. And check out the great article in the post below that captures all of the competition highlights!