For our 12th National Competition, we travel to Khujand and the Bahoriston Resort for the Enactus Tajikistan National Competition. In addition to selecting a national champion, attendees from the eight universities and 18 companies were excited to celebrate the organization’s 20th anniversary. Generously sponsored by the National Bank of Tajikistan, Tcell, Abduaziz Bobojonov, LLC and Tajikyuvelirtorg, the event brought together nearly 140 student, faculty and business leaders to celebrate the positive impact entrepreneurial action is having in communities across the country.

Five teams participated in the competition, which was judged by 17 leading business executives, and teams from three additional universities observed the proceedings to learn more about the program and how they can make an impact. In the end, it was the team from Institute of Economy and Trade of Tajik State University of Commerce that hoisted the cup, and they will now start prepare to represent their country at the Enactus World Cup this September. 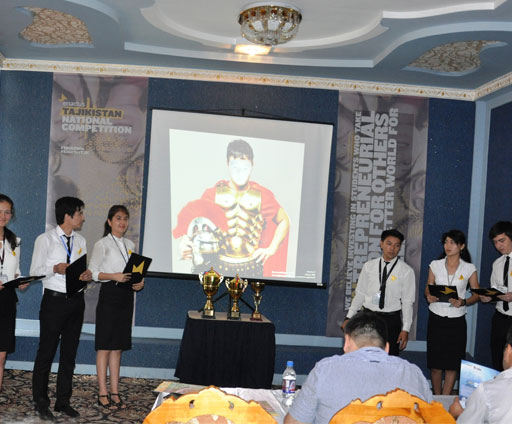 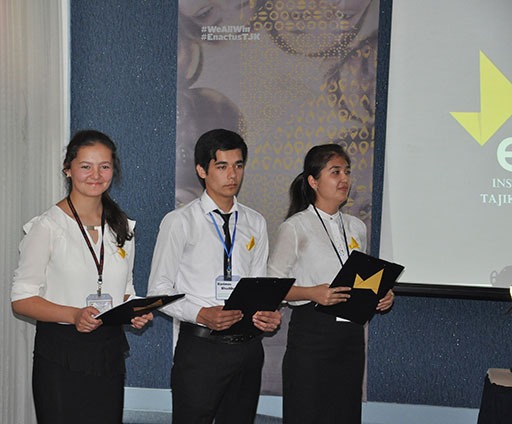 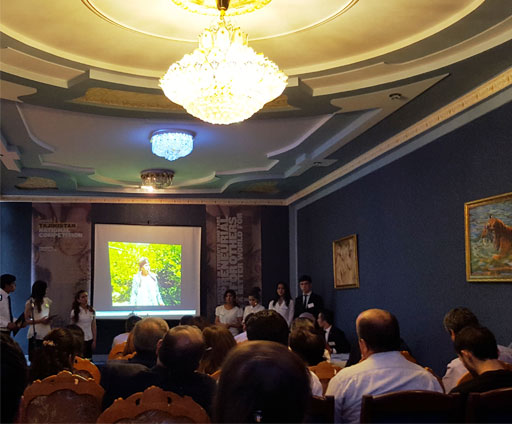 Project Clean Water was one of the impressive initiatives they presented: after learning that there was a high occurrence of infectious diseases in rural areas of the country due to unfiltered water use, the team developed a program to educate residents on the importance of water filtration. They set up 10 educational seminars in rural areas and taught them how to make economical and effective water filtration systems, reaching nearly 1,000 people and decreasing the spread of infectious disease by 50% in the families that participated. 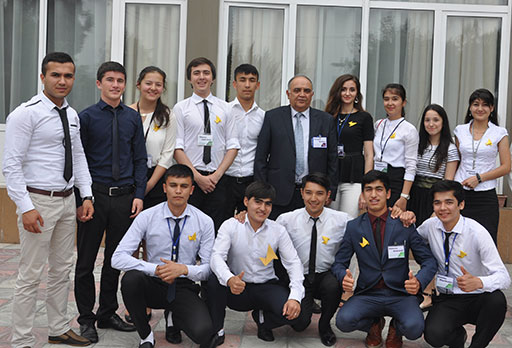 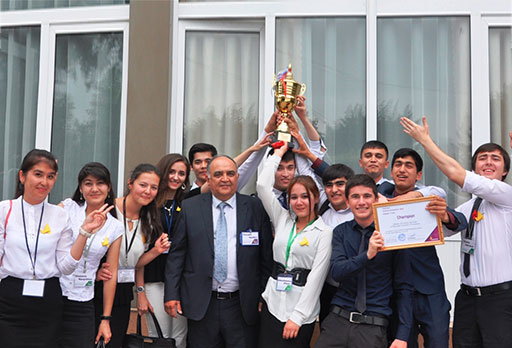 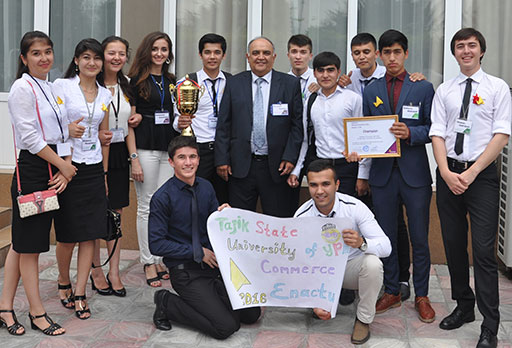 In addition to the competition, attendees were treated to two keynote address over the two-day event. First, Jamakhon Husainov, Department Head for the National Bank of Tajikistan, congratulated Enactus Tajikistan on its anniversary and recognized Enactus as an organization that builds leaders and young entrepreneurs. Khurshed Koriboboev, Head of Marketing for Tcell shared his Enactus story with attendees, first as a student and team leader, then staff and now as a partner and a Board of Directors member. He noted how most alumni are now business leaders and top managers of successful companies, and stressed the opportunity that Enactus provides to impact people’s lives while contributing to the progress of the country through entrepreneurial action.

The impressive event was covered by numerous media outlets including TV Jahonoro and TV Safina. Don’t miss this report from the field video, which features the national champion team!