The road to the Enactus Morocco National Competition started weeks ago when teams from across the country came together at one of six regional competitions in hopes of being named one of the 12 regional champion teams to move forward to the national level of competition. After weeks of anticipation, on 28 June, more than 1,500 supporters came together at the Hyatt Regency in Casablanca to exchange ideas, celebrate the impact made this past year, and select a national champion. 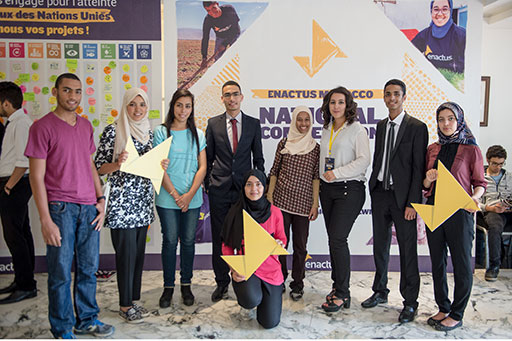 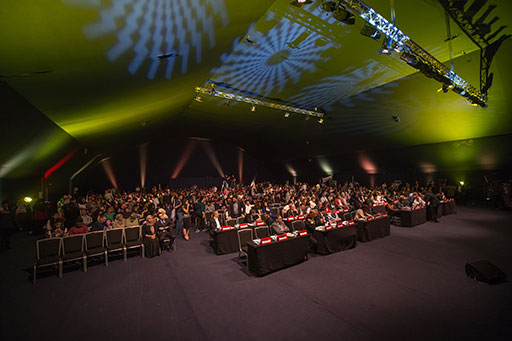 In the opening round, 41 judges had the chance to take in the presentations of the 12 semi-finalist teams, selected at the regional competitions, and narrow the field to the final four, who then took to the stage in front of all attendees. More than 30 top executives served as judges in the final round and eventually named the team from Hassania School of Public Affairs as the 2016 Enactus Morocco National Champion. Judges were impressed with their innovative projects, including Ecodome, where they developed a new inexpensive and ecofriendly insulation material for use in construction; and Ecoheat, a new heat source for cooking using thermic energy this is more environmentally friendly and efficient. Team Morocco will now prepare to travel to Toronto and represent their country in the Enactus World Cup in September 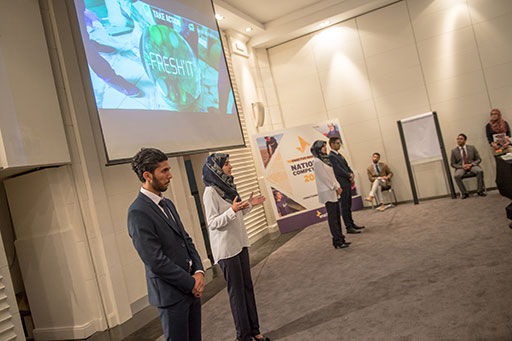 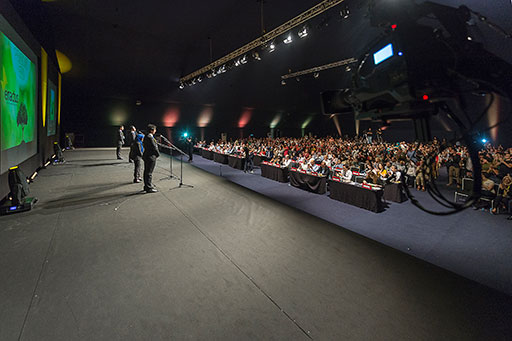 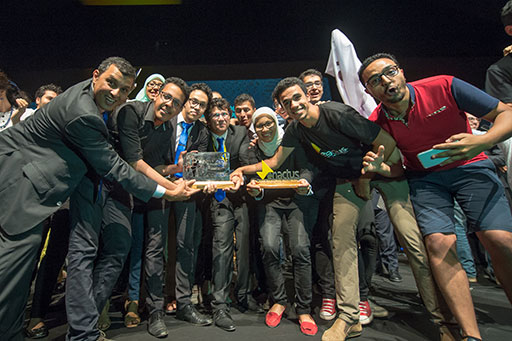 This day-long event was much more than just a competition, though: one of the highlights was the Innovation Village, similar to a cultural or project fair but focused on the Global Goals. The room was organized around 17 discussion tables, one for each goal, and teams brought their products and prototypes to share by goal. This unique forum gave teams the chance to gain feedback on their work to accelerate impact and find potential partnerships. 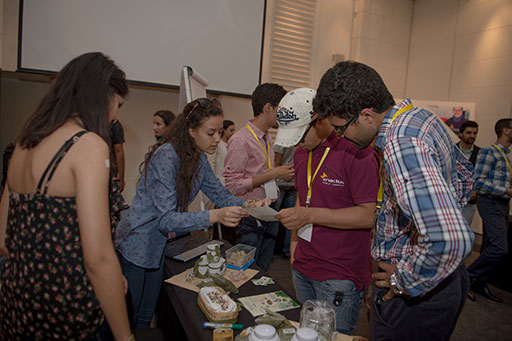 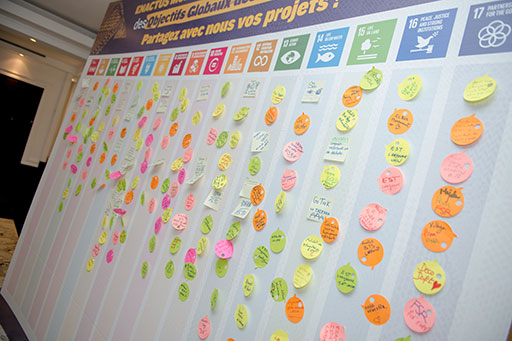 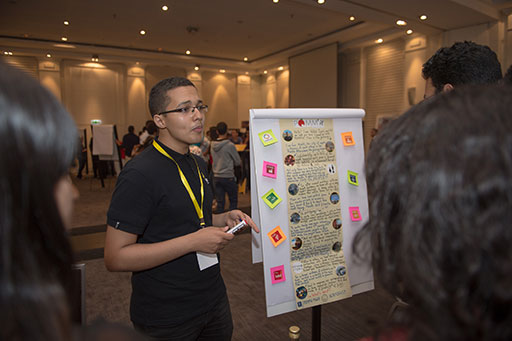 In a neat take on cross-generational learning, the event again featured a Meet the Leader session, which gives students the chance to learn from and ask questions of a top business leader. This year, it was Laila Mamou, CEO of Wafasalaf, one of the biggest consumer finance companies in Morocco, who is 42nd on Forbes’ ranking of the 100 Most Powerful Arab Businesswomen. In her inspirational address, she shared her journey, including her major successes and failures in her career, and challenged the students in the room to spread ‘the Enactus virus’ around the world. 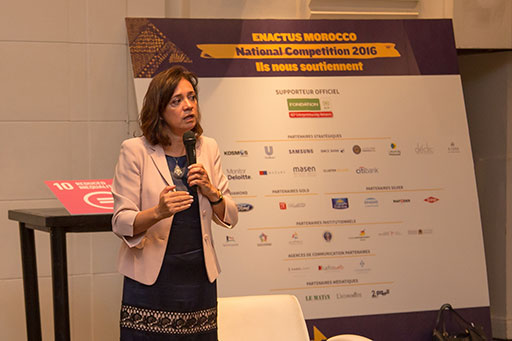 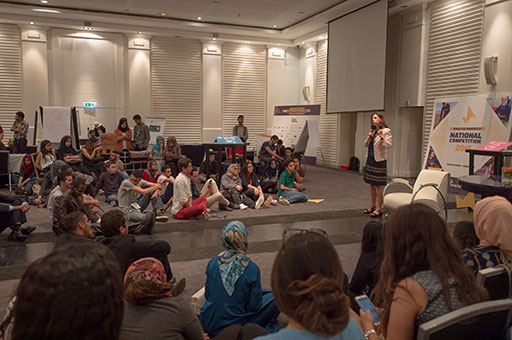 Attendees were also treated to an inspiration address by Enactus’ President and CEO, Alvin Rohrs, who will be retiring later this year. Judging by the posts we saw on social media, his words and message were well-received and appreciated by the teams! 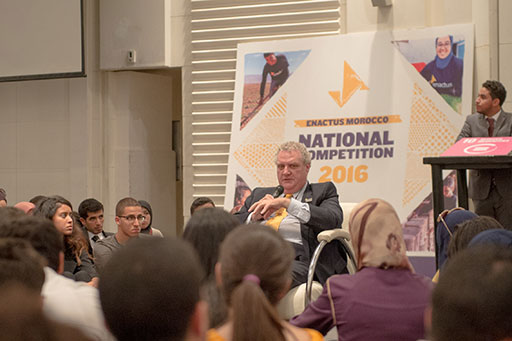 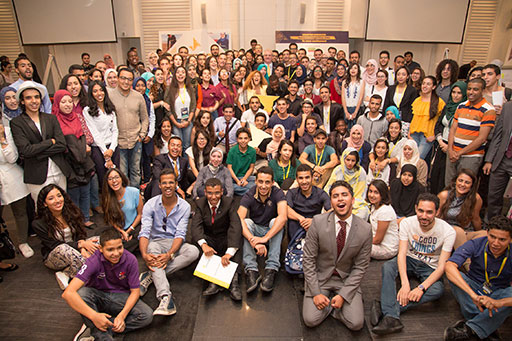 The event also included a special competition where new teams had the chance to pitch their ideas to a panel of judges in hopes of winning seed funding provided by partner OCP Entrepreneurship Network to turn their ideas into sustainable projects. Special awards sponsored by Ford were also presented during the event: Enactus FST Mohammedia and Enactus EHTP were recognized with cash prizes for their work in the Ford Innovation Challenge; and four other teams – Enactus ISCAE, Enactus Complexe Horticole Agadir, Enactus ENSA Agadir & Enactus FSJES Tanger – were presented with Ford C3 Building Sustainable Communities Awards. 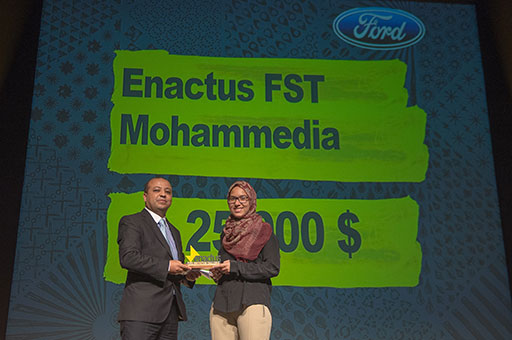 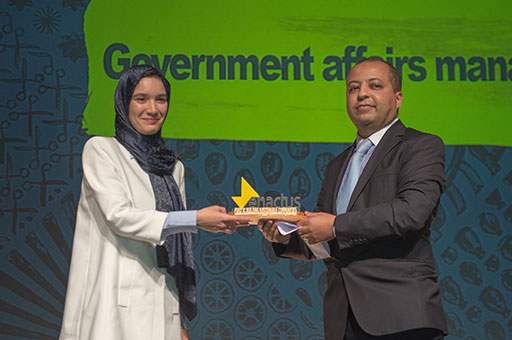 One of the best parts of an Enactus competition is seeing the support that other teams give each other. It’s heartwarming and an affirmation of our shared goal of creating a better world through entrepreneurial action. After the Enactus Morocco National Champion was named, social media exploded with messages of congratulations and support for Enactus EHTP; check out a few of them below.

Want more from Enactus Morocco? Be sure to visit their Facebook page where you can find lots of posts and video from the event, and don’t miss this great year in review video that captures all of the emotion and excitement from the National Competition and more!