This year’s Enactus Kazakhstan National Competition took on a very important issue to their country and countries around the world: hunger and food insecurity. As one of the many special competitions featured at this year’s event, Feeding Kazakhstan, sponsored by Raimbek, challenged the students to address issues facing the agriculture industry with the goal of improving processes, encouraging innovation, and creating new businesses.

In total, 40 teams used entrepreneurial action to address this important issue and the top 10 were invited to present their work at the National Competition. The top three teams were awarded $1.5 million Tenge in prize money in recognition for their successes. Chairman Raimbek Batalov spoke at the event and reinforced his support for social entrepreneurship, the role it can play in building a strong country, and the important role Enactus can have in addressing acute social problems. Check out this great article about the competition featured in Forbes Kazakhstan. 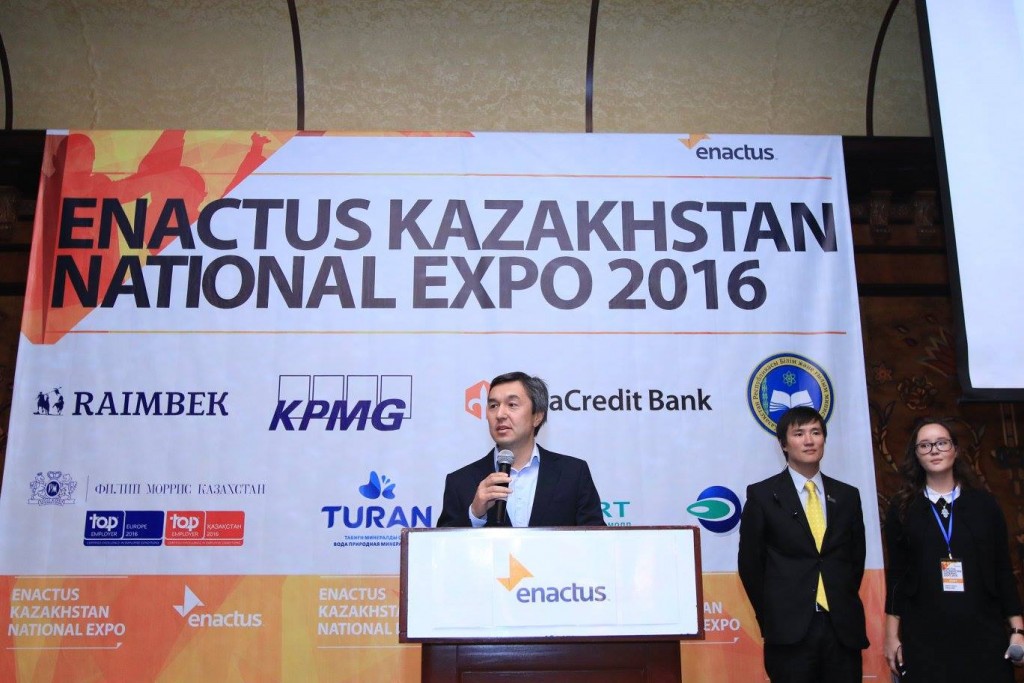 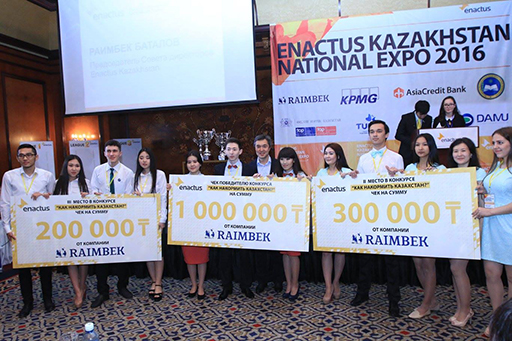 That wasn’t the only competition at the event, of course. In total, 38 teams came to Almaty and 26 of them presented their work with the goal of winning the national cup and earning the right to represent their country at the Enactus World Cup. Nearly 100 executives served as judges over three rounds of competition and after a close final round, the Enactus team from Pavlodar State University was named the 2016 National Champion. 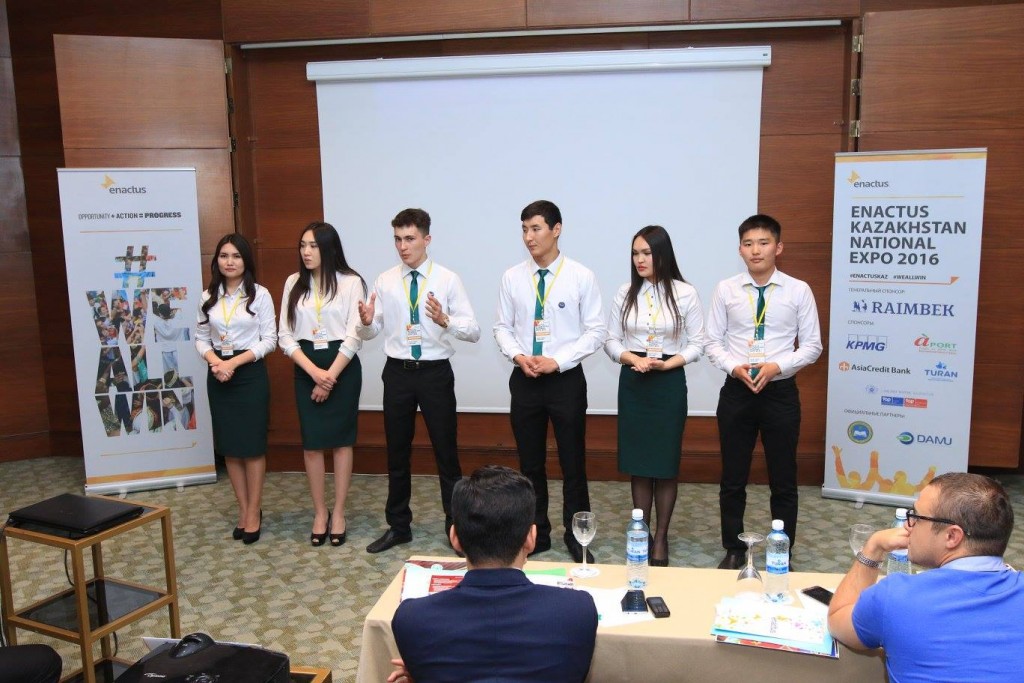 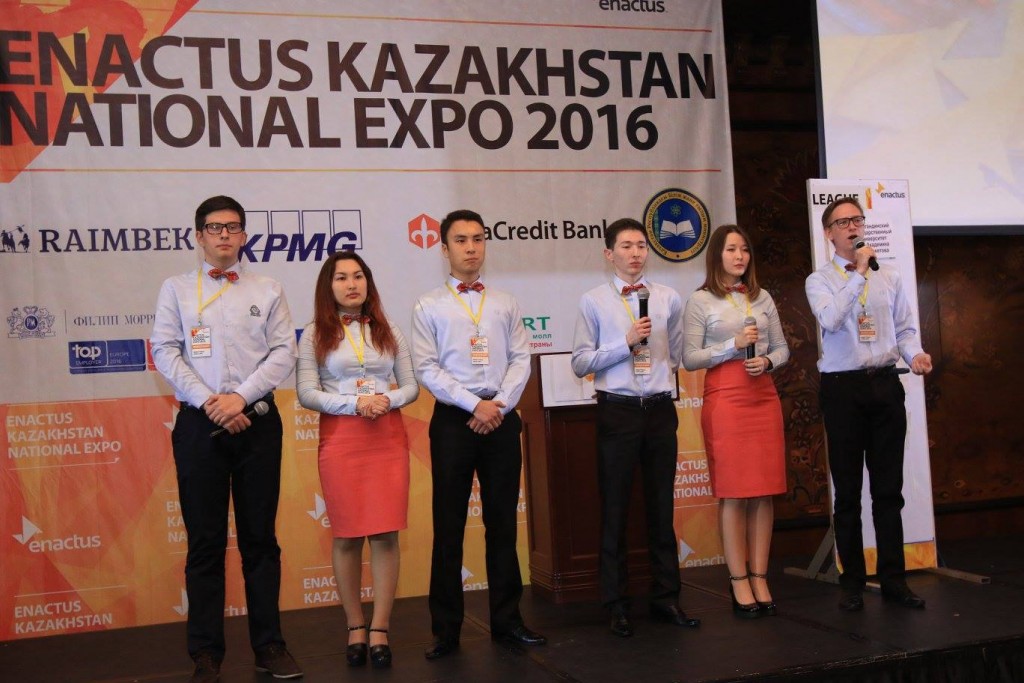 The team’s work training aspiring entrepreneurs in their StartUp Academy project was particularly impressive: in partnership with faculty members from their school, Enactus PSU developed an entrepreneurship acceleration program with a special methodology that covers five stages over three months of training. With the goal of increasing the living standard of participants by empowering them to start their own business, the program covered key topics including idea generation, networking, marketing and financing, followed by a detailed acceleration period to give participants real life experience running their businesses. This year, 15 ideas were selected and 10 of those are now established businesses, with eight of them being profitable. 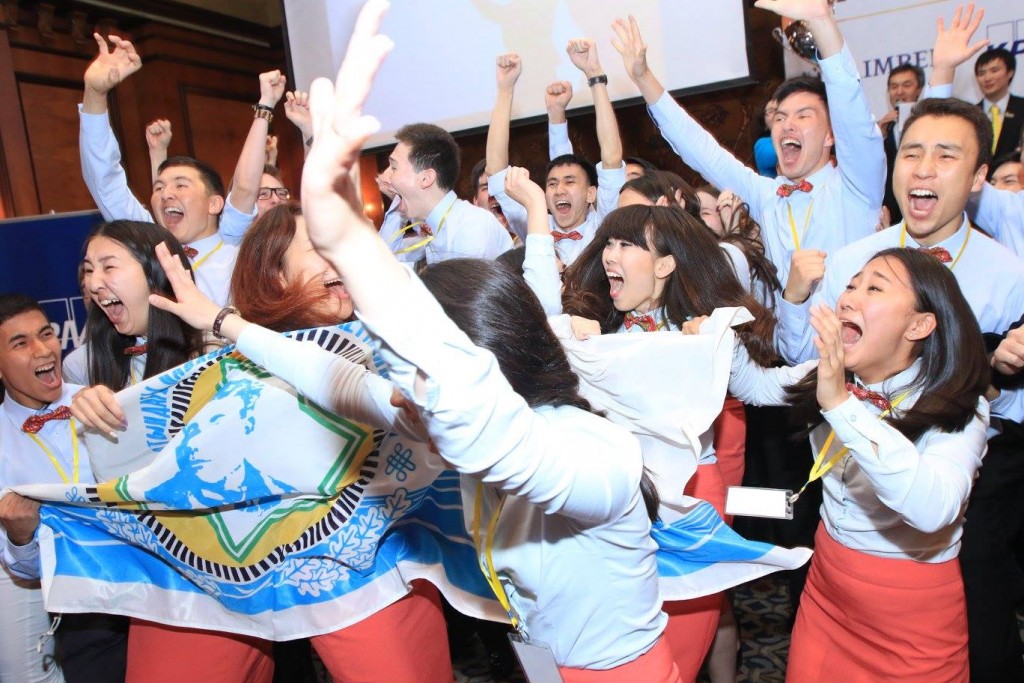 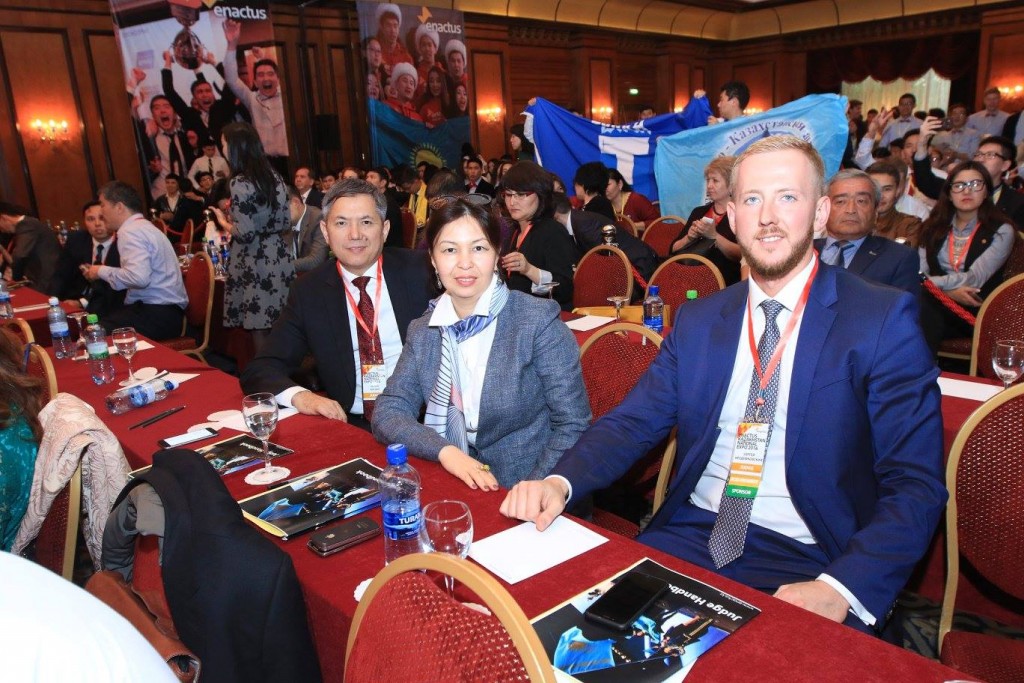 The event had a long list of impressive sponsors including Raimbek, KPMG, AsiaCredit Bank, Asia Waters, Philip Morris Kazakhstan, Aport Mall, Atakent, TSSP, and Tartip. Not only did executives from these companies serve as judges but many of them also participated in the career fair, giving them the opportunity to connect directly with students from across the country. 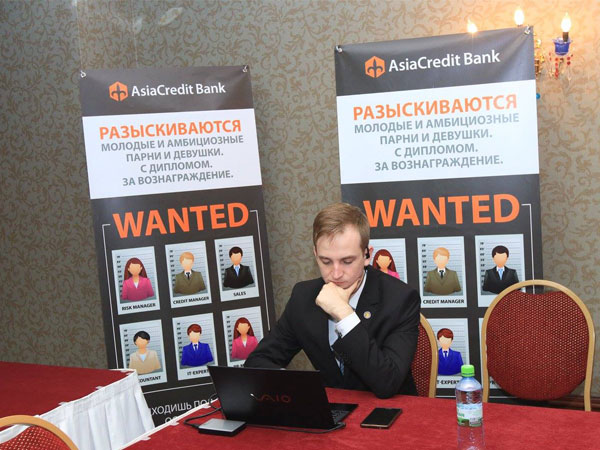 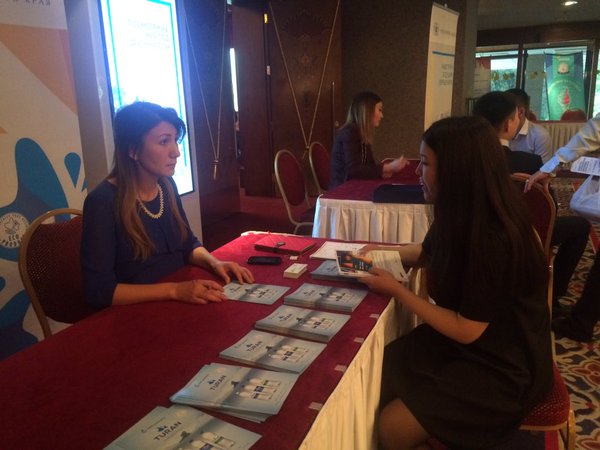 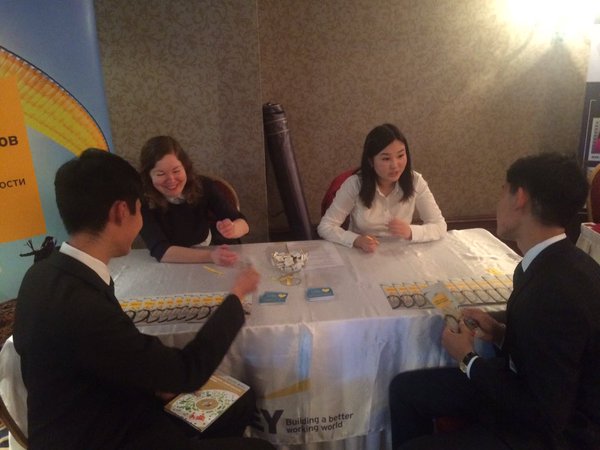 In total, nearly 1,000 people came together to celebrate the impact made this year by teams in Kazakhstan to improve lives through entrepreneurial action. For those supporters who couldn’t be at the event, social ambassadors Yuliana Syssoyeva and Nazerke Orynkhan did a great job capturing all the highlights and sharing them on Enactus Kazakhstan’s social media channels.

From the the always exciting and inspiring opening ceremonies – check out this great video for the highlights! – to the final award presentations, this year’s event at the Hotel Intercontinental Almaty was the perfect conclusion to a year that saw lives changed and communities improved. We’re looking forward to seeing everything they will accomplish this coming year!