If you’re looking for a real-world example of perseverance, look no further than the Enactus Tajikistan organization: before their national competition this year, the government instituted a new requirement for all organizations to have a Tajik name and not any other language. As a result, Enactus Tajikistan had to re-register the organization in order to conduct their national competition, which meant it had to be postponed, uncertain when exactly it could be rescheduled. Despite the uncertainty of the date, once the necessary approvals were received, 190 students, faculty and business executives came together on 24 June at the Conference Hall of National Bank of Tajikistan for the day-long event.

The competition was opened with a keynote address from Solieva Zebuniso, Director of Apart Hotel, who congratulated all in attendance for their support of the program, which she said plays an important role in improving communities across the country while developing the youth of Tajikistan. 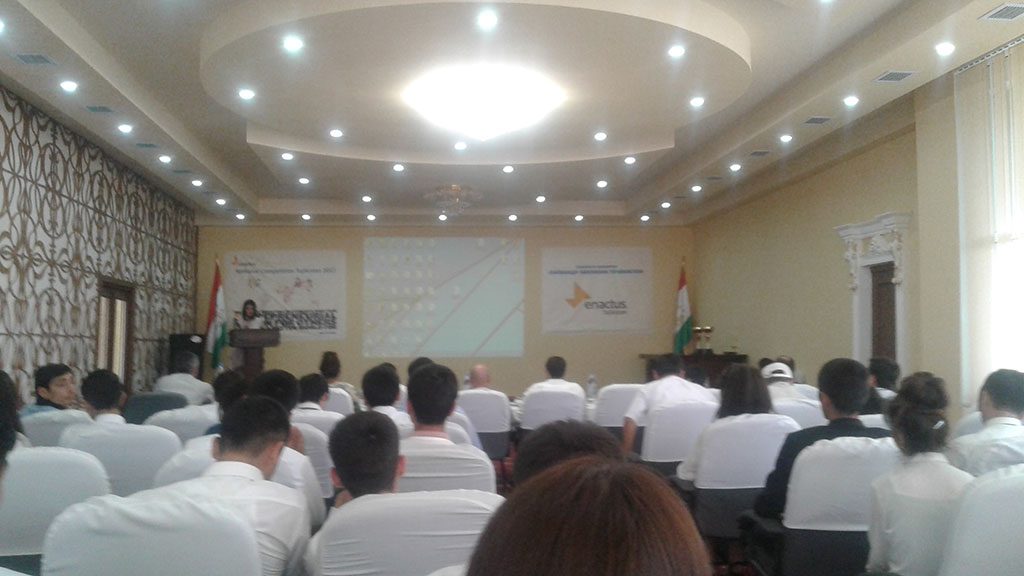 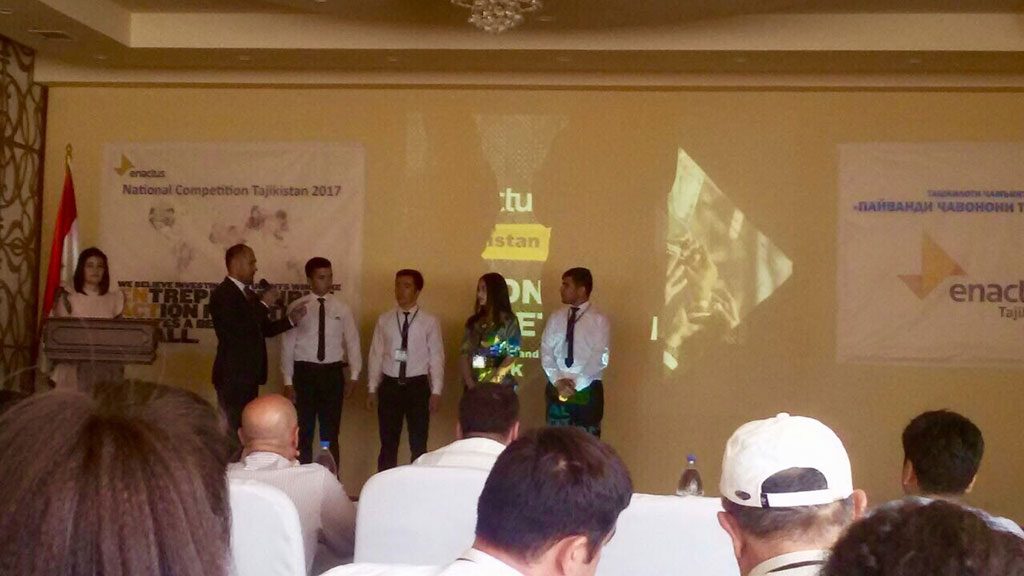 Up next was the competition, with four teams presenting their outreach initiatives to a judging panel of 16 business executives. With two additional teams in attendance to observe, attendees were inspired by the innovative work of the students to use entrepreneurial action to improve lives. 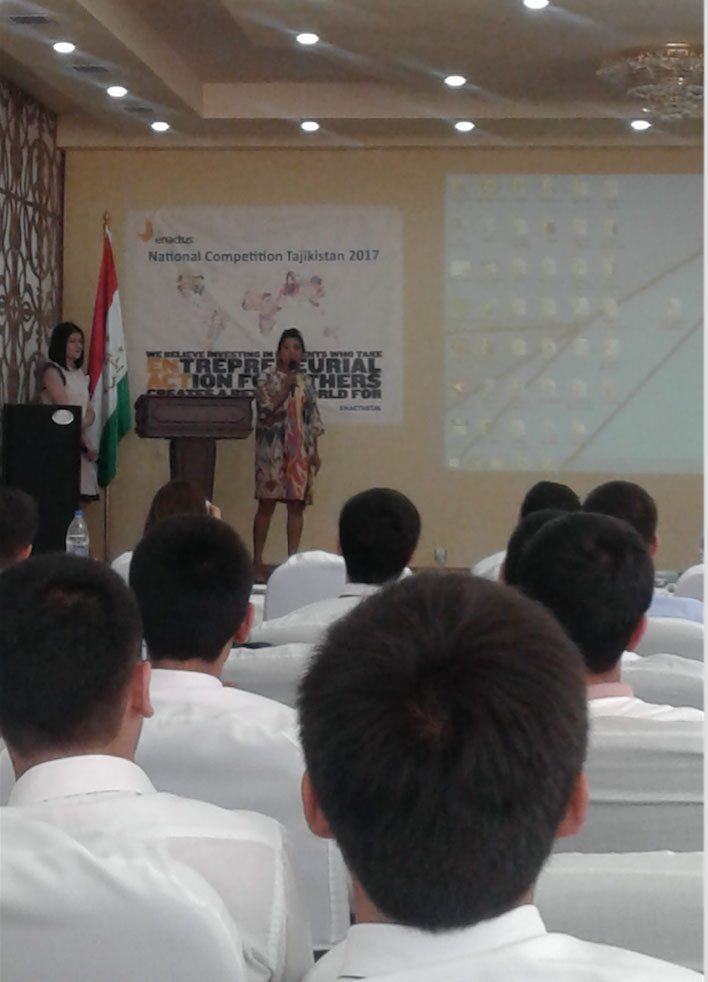 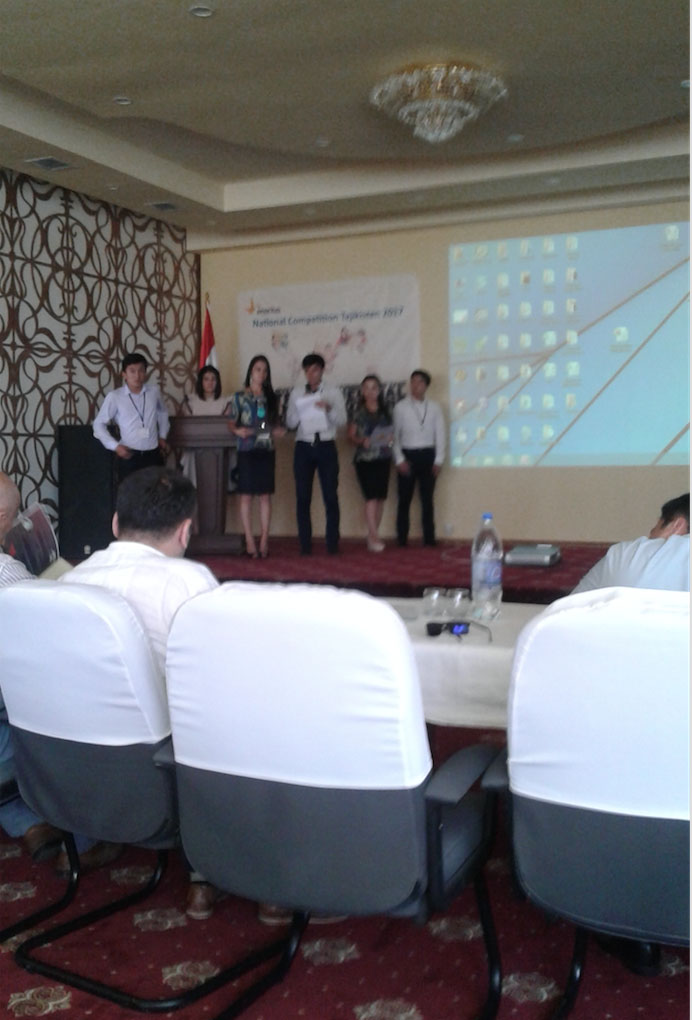 Judges selected the team from the Institute of Economy and Trade of Tajik State University of Commerce as this year’s National Champion, recognizing their work collaborating with media organizations to institute a new translation system that allows hard of hearing individuals to experience and understand television. The team will now prepare to represent Tajikistan in London this September for the Enactus World Cup! 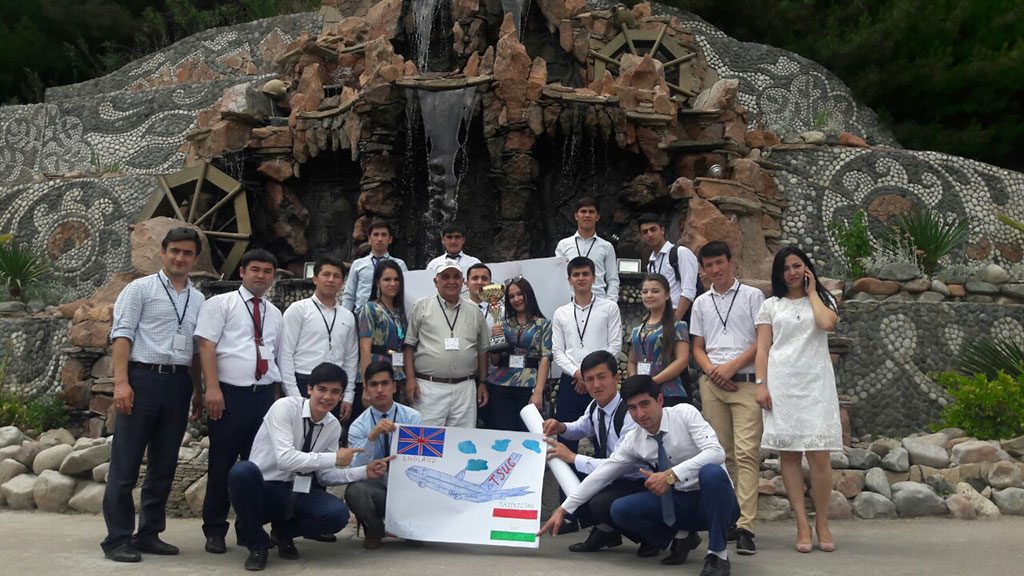 Check out this great video of the team after competition – they’re definitely excited!