At this year’s Enactus Morocco National Competition, students from across the country had the opportunity to discuss and collaborate on two of the world’s most pressing issues: ensuring good health and well-being and quality education, which you may recognize as Global Goals #3 and #4. During two separate panel discussions, each one focused on a goal, students heard from experts in the area including Rita El Kadiri, Passionate about Education; Adam Bouhadma, CEO of Education Media Company; Amine Sebti, CEO of SanteV; and Dr. Anas Oulmidi, Doctor and Activist. 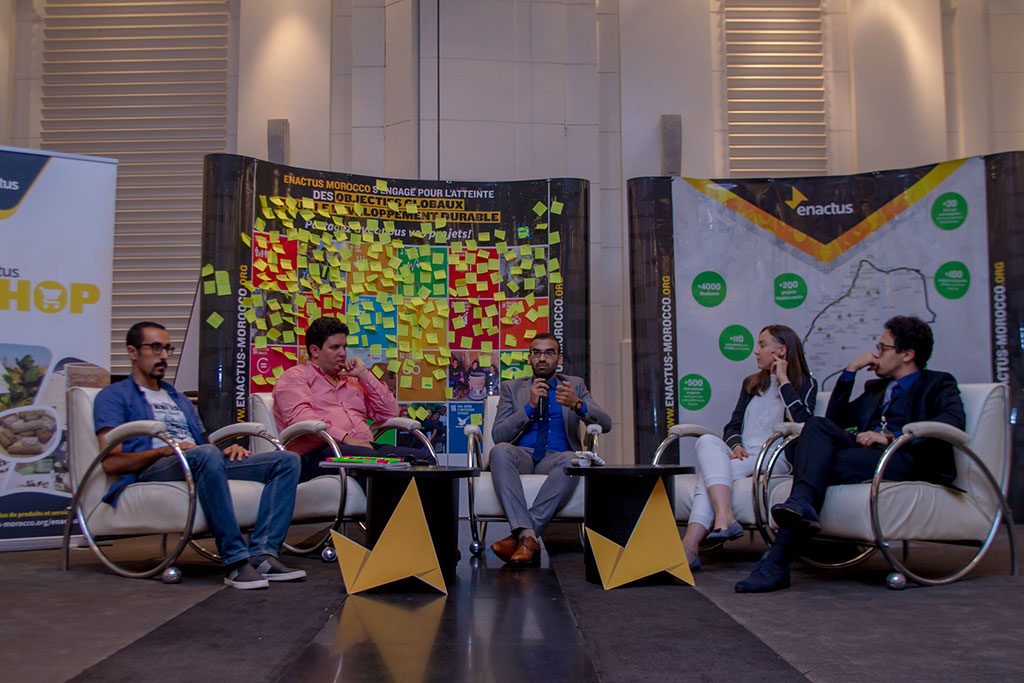 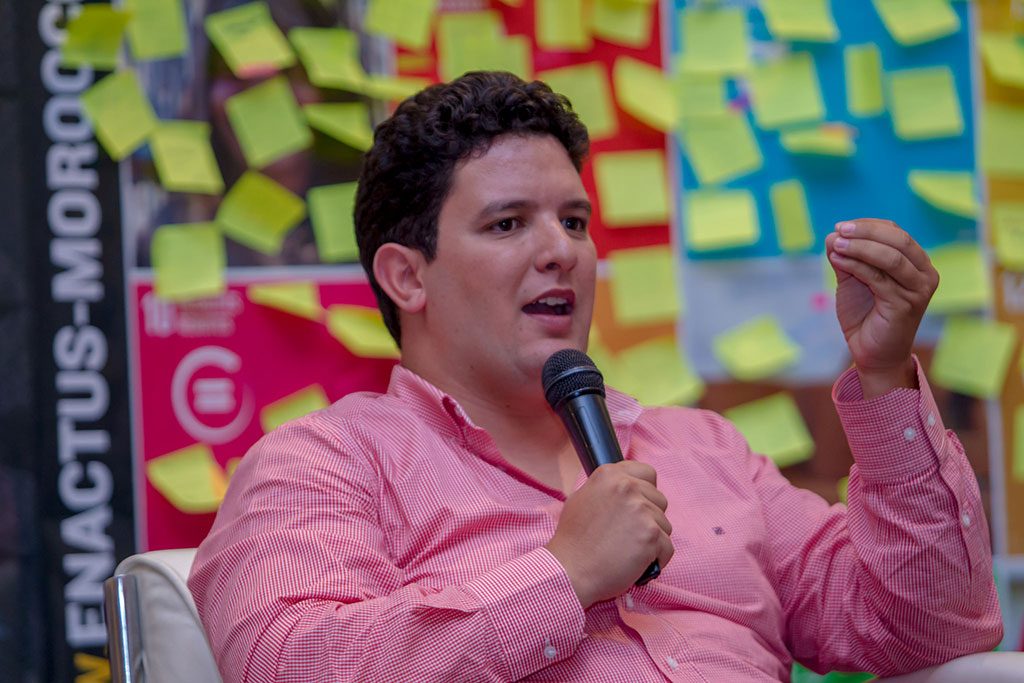 Students then had the opportunity to ask panelists questions, from their experience in the field and their startups, to soliciting advice about their project ideas. With that many bright minds focused on the same challenge, you can be sure that it was an energizing and inspiring experience for all! 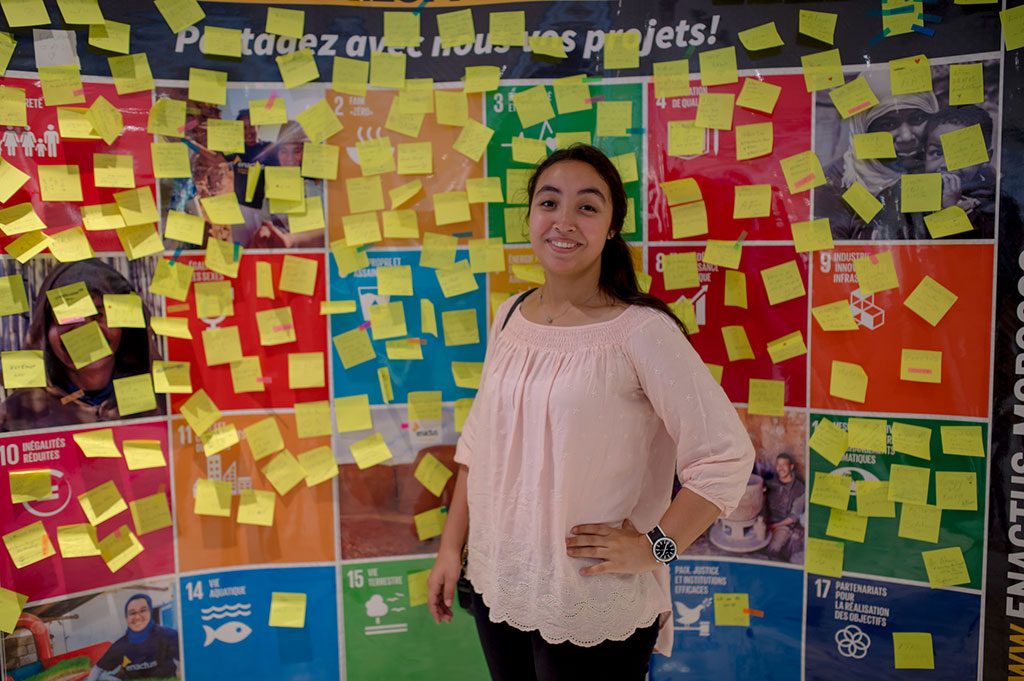 The Global Goals forums took place during the Innovation Village, which included an interactive session sponsored by McKinsey & Co., in which they highlighted how Morocco is contributing the growth of the African continent. Students had the chance to ‘Meet the Leader’, Yves Gauthier, DG for Orange Maroc, who spoke to students and then answered their questions. There was also an Enactus shop, where teams displayed and sold products developed through their projects.

Come join us now at the Innovation Village 2017 for a the SDGs Forum and the Enactus Shop!#EnactusMA17 #WeAllWin pic.twitter.com/IiKteERSft

After the first round, the semi-final teams were recognized in an exciting parade, followed by a keynote address by Enactus Morocco Chairman Mr. Majid Kaissar El Ghaib, who spoke about the role of students, academics and partners in the substantial growth of Enactus Morocco over the past year, and the important role the organization plays in high impact startups creation with its new generation of entrepreneurs.

Next, the final four teams were named and gave their inspiring presentations to all 1,500 supporters in attendance, including the 35-person final round judge panel made up of leading executives.

At the end of the day, it was the team from Hassania School of Public Affairs who hoisted the trophy, earning the right to represent their country at September’s Enactus World Cup in London. Judges were impressed by their Mistomâr project, which creates buried, low cost and ecological storage spaces for crops, preventing post-harvest agricultural losses. 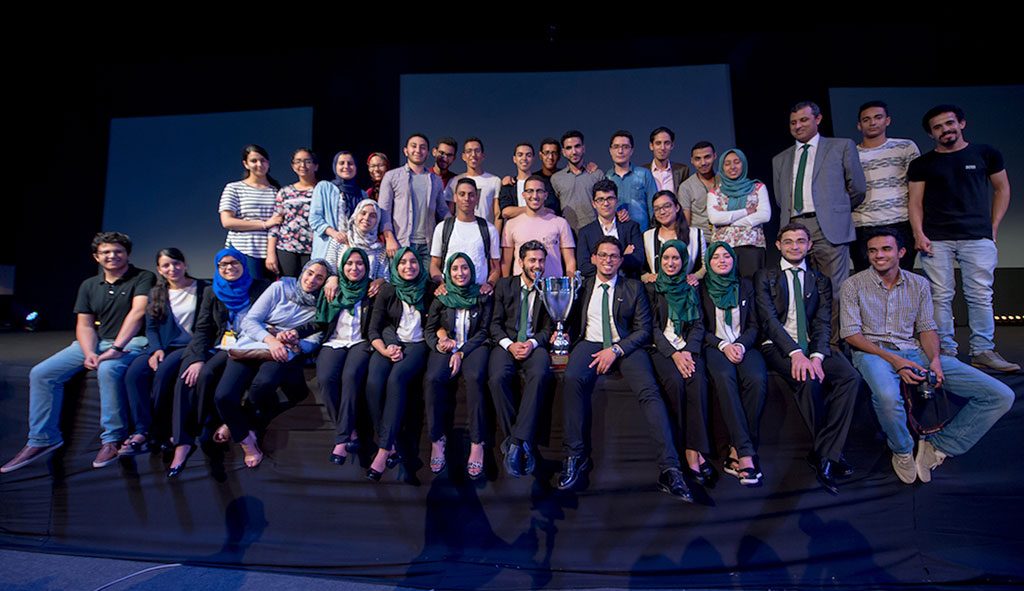 The event picked up lots of great media coverage, including this post-competition article, and all of the highlights were captured on social media thanks to Wallis Ijassi, the Enactus Morocco social ambassador. 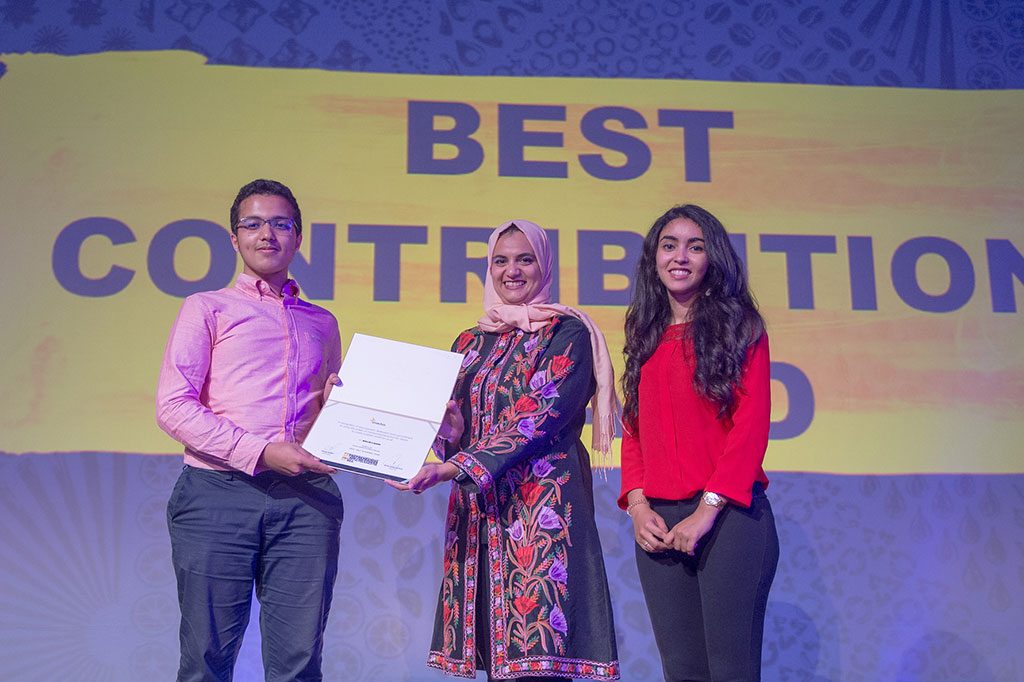 Don’t miss the video below that gives a brief recap of the Enactus Morocco National Competition and features the National Champion team!

Our team is taking also part at the organisation of today’s National Competition. We’d be happy to share the #EnactusSpirit! #EnactusMA17 pic.twitter.com/MliYM5samS