Nearly 1,100 Enactus Mexico supporters met at the City Bananex Convention Center in Mexico City on 25-26 June for the country’s national competition, which kicked off with an energy-filled and exciting opening ceremony. In addition to a welcome from Jesús Esparza, Enactus Mexico President and VP of Enactus Worldwide, attendees had the opportunity to hear from keynote speaker Guillermo Jamie, President and CEO of MIA Group, who spoke about social capitalism and his experience starting his social enterprise, a low-income housing development company. 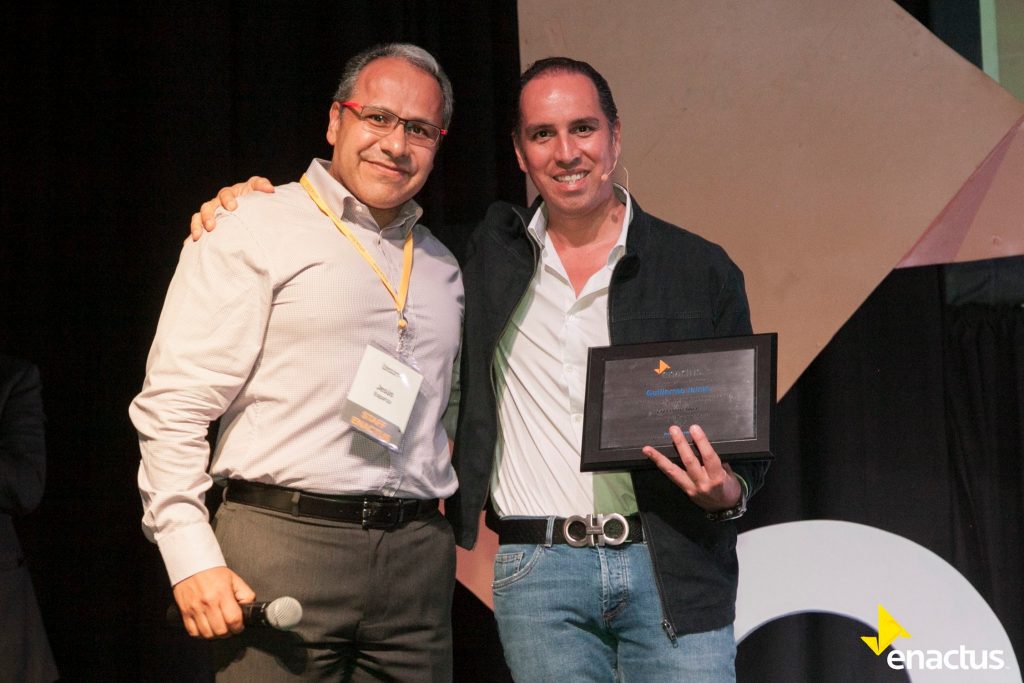 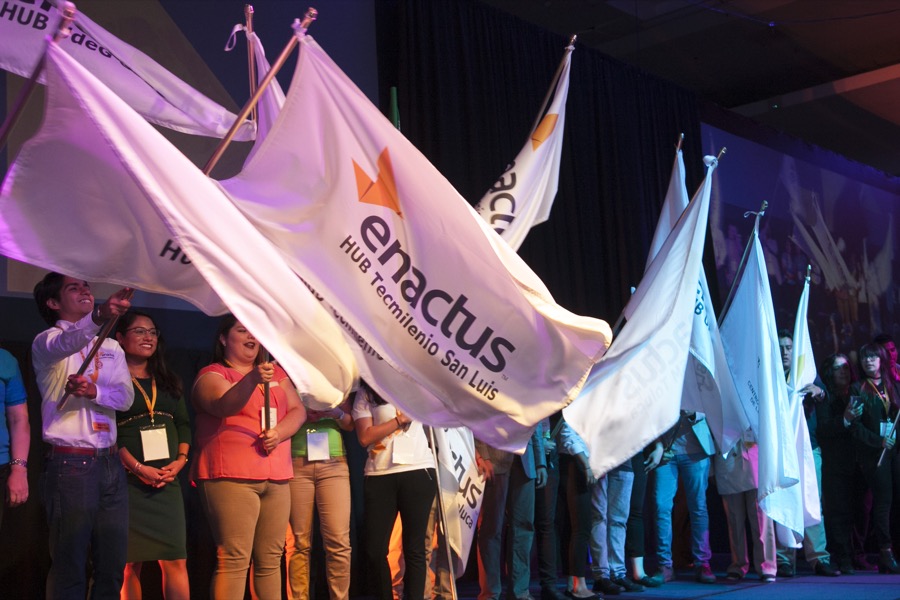 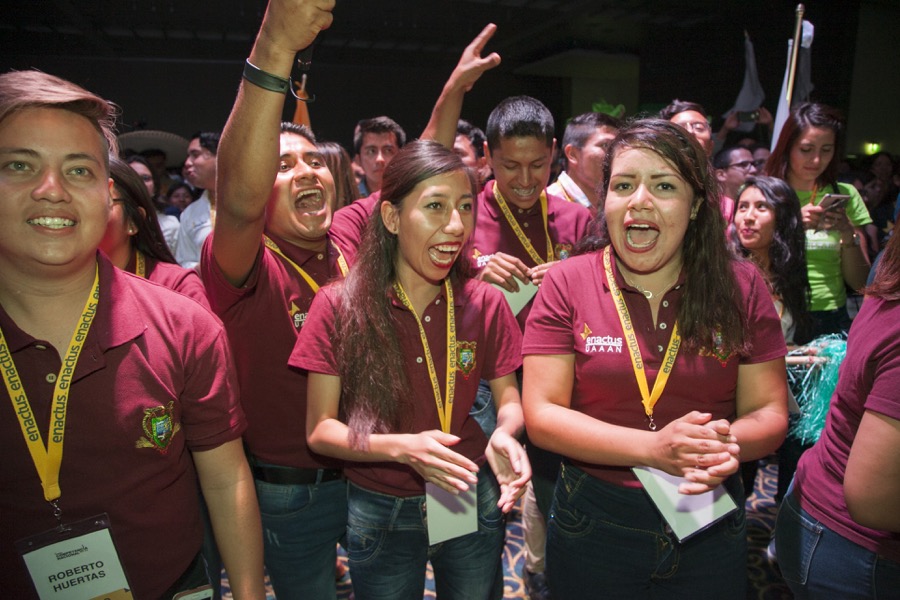 In a vibrant display of national pride and unity, the event featured a State Fair, similar to the World Cultural Experience at World Cup, where teams set up booths to showcase their state’s culture and customs. What a wonderful way to network while experiencing different regions of your country in one place! 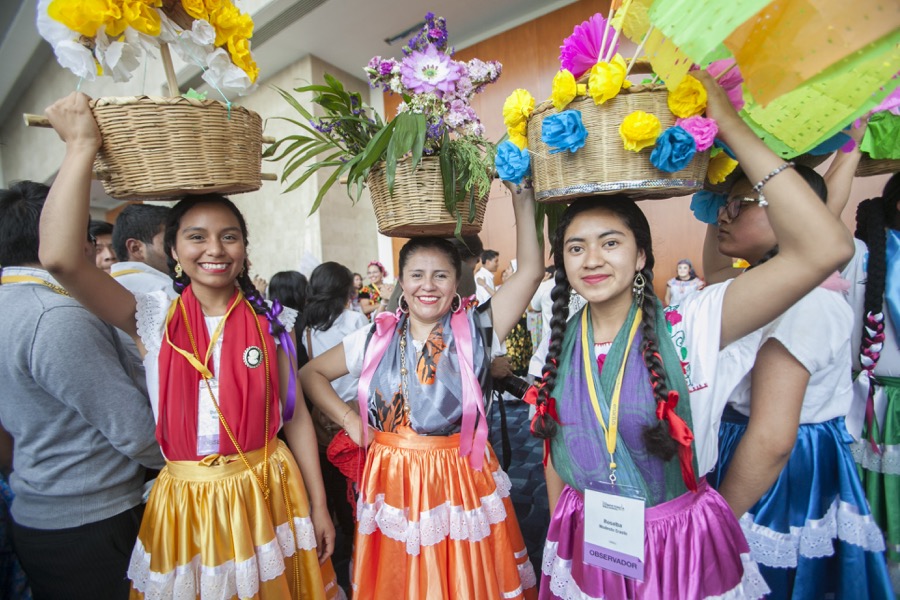 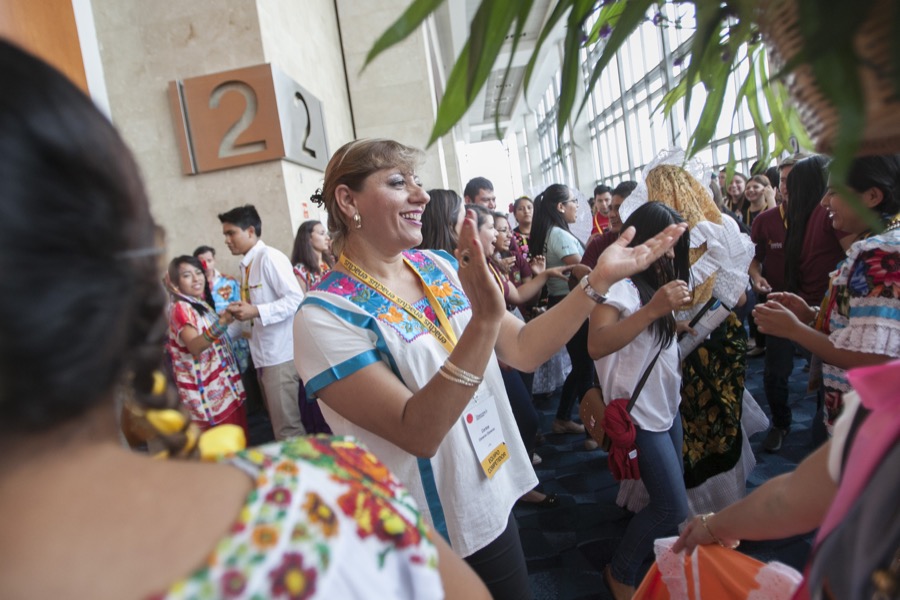 Thanks to the hard work and enthusiasm of the Enactus Mexico social ambassadors, there was no shortage of great posts covering all aspects of the event; simply search #WeAllWinMexico and see for yourself! What’s more, we connected with +SocialGood, who invited two of the social ambassadors to take over their social platforms to share the event and the impact being made across Mexico. Read more in this great article!

Translation: Follow our #SocialAmbassadors to know all the details of the #CompetenciaNacional. we’re minutes from launch! #WeAllWinMexico 🇲🇽

The @Enactus team will be reporting live from their National Competition in Mexico! Follow along here: https://t.co/EdZ7osAuCZ 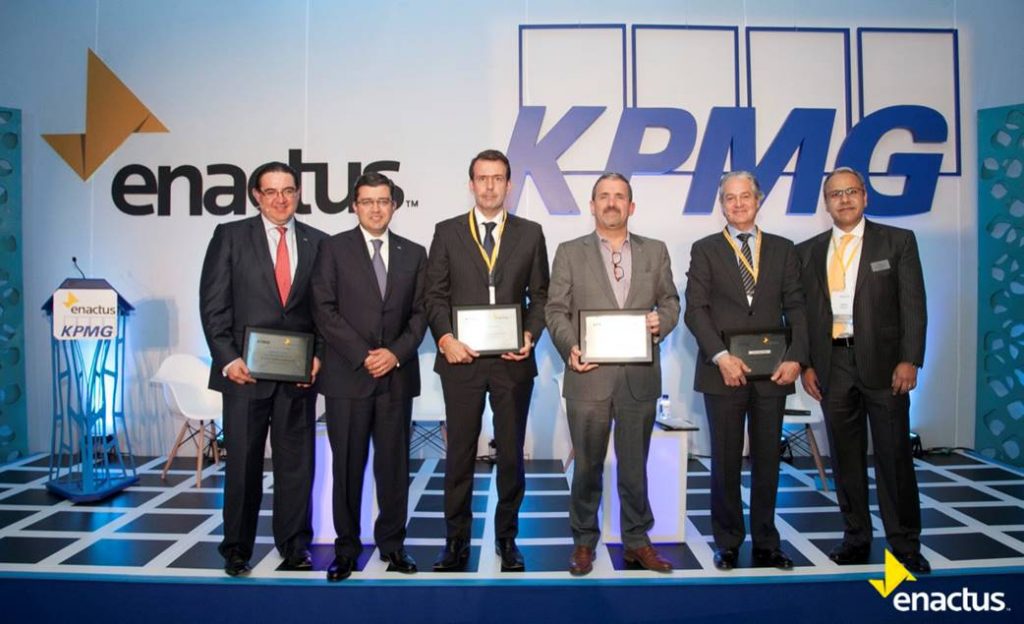 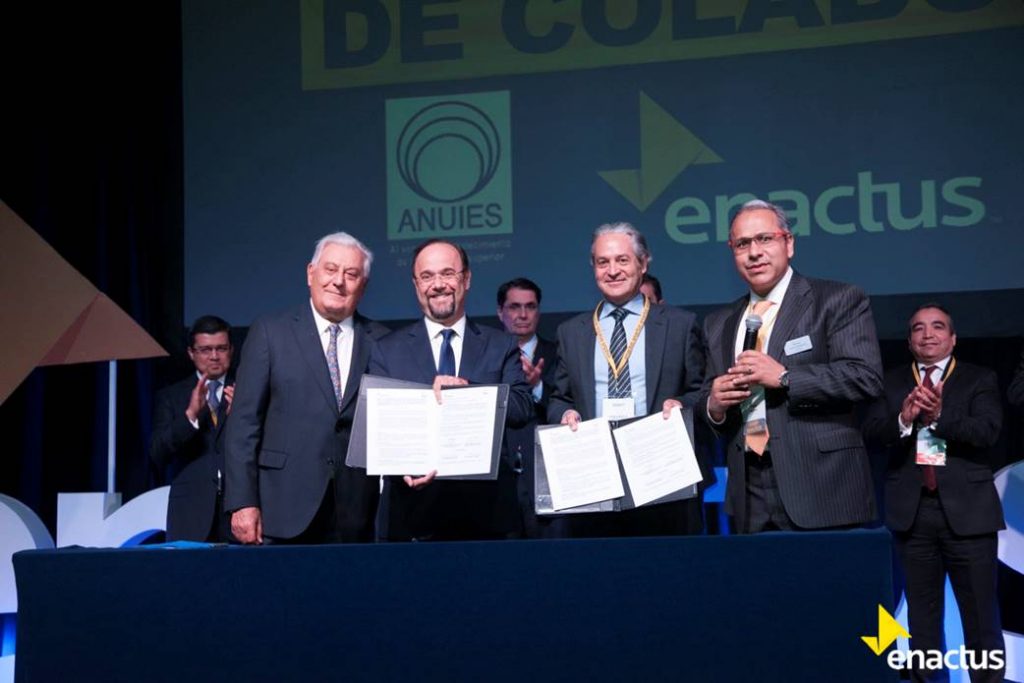 Now on to the competition: after a series of regional events, 30 teams earned a place in the national competition, presenting their projects to 48 executives serving as judges in the first round. Those judges had the difficult task of narrowing the field to a four finalist teams, who took to the main stage to share how they used entrepreneurial action to improve lives. On the final round judge panel, 56 of the country’s leading executives evaluated their work.

Translation: At 11:45 @enactusCUCEA it comes before the jury of entrepreneurs during national competition @EnactusMexico #WeAllWin

Translation: Round was final, soon we will know the national champion #WeAllWinMexico #WeAllWin

In the end, those judges selected the team from University of Guadalajara, University Center of los Valles as this year’s Enactus Mexico National Champion, impressed with their work empowering women through Amazolli, a social enterprise that turns waste into consumer products.

Translation: Congratulations to the national champion of the @udg_oficial who will represent us in 2017 #EnactusWorldCup, #Londres #WeAllWinMexico

The spirit of celebration was strong throughout the event, with numerous awards presented in addition to the national cup. Most notable, perhaps, was the presentation of the Empowering Change Award, a special recognition presented by Enactus Mexico and KPMG to an individual who has succeeded in business while making a commitment to giving back to society. This year’s recipient was Mr. Antonio del Valle, Founder and President of Kaluz Group, the world’s largest PVC producer with operations in more than 30 countries. 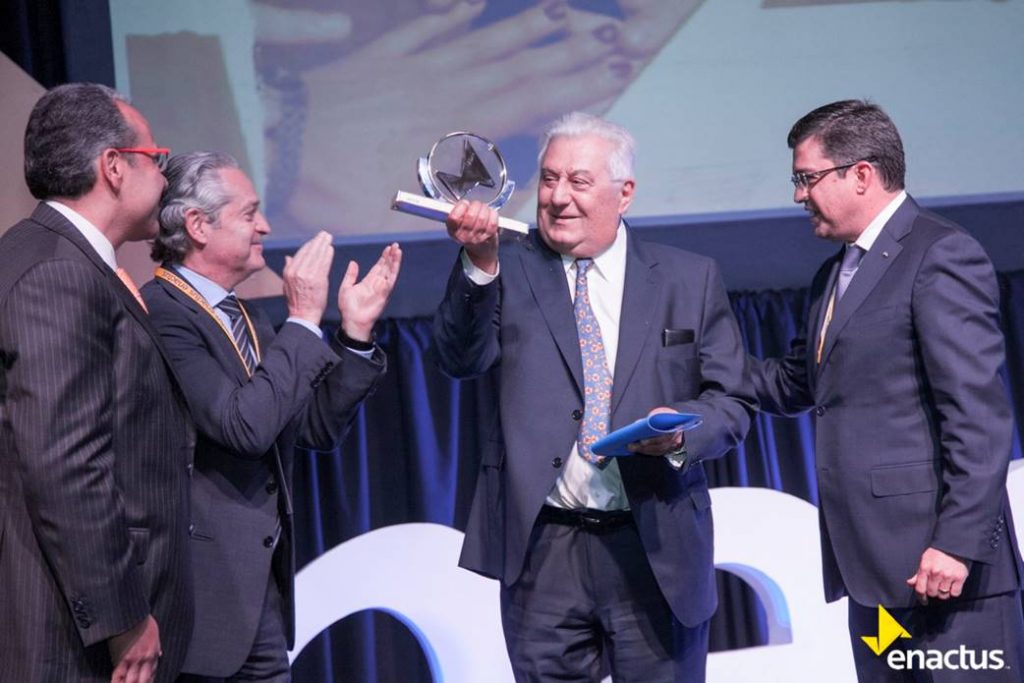 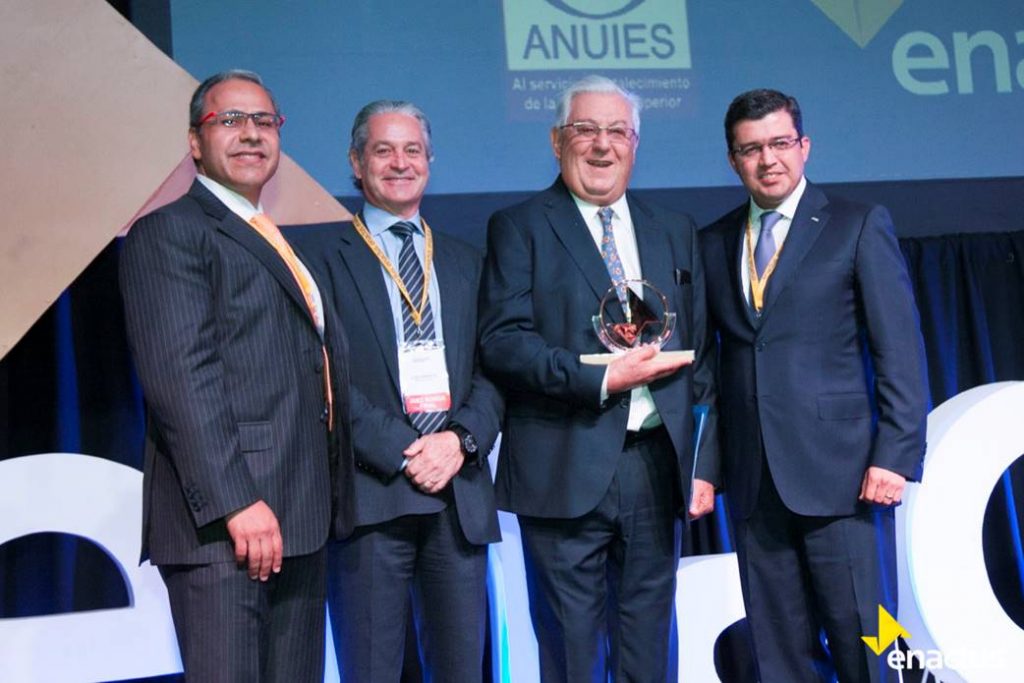 Translation: @KPMGMEXICO works with #EnactusMexico, an initiative that impacts on education, development and environment #WeAllWinMexico