Nearly 1,400 Enactus Kazakhstan supporters met at the Intercontinental Hotel in Almaty for a two-day event so packed, they had to call it a National Exposition. Held on 27 and 28 April, the event celebrated the positive impact being made across the country through a job fair, sponsor fair, a special topic competition, Top to Future-Top forum, and of course the national competition. 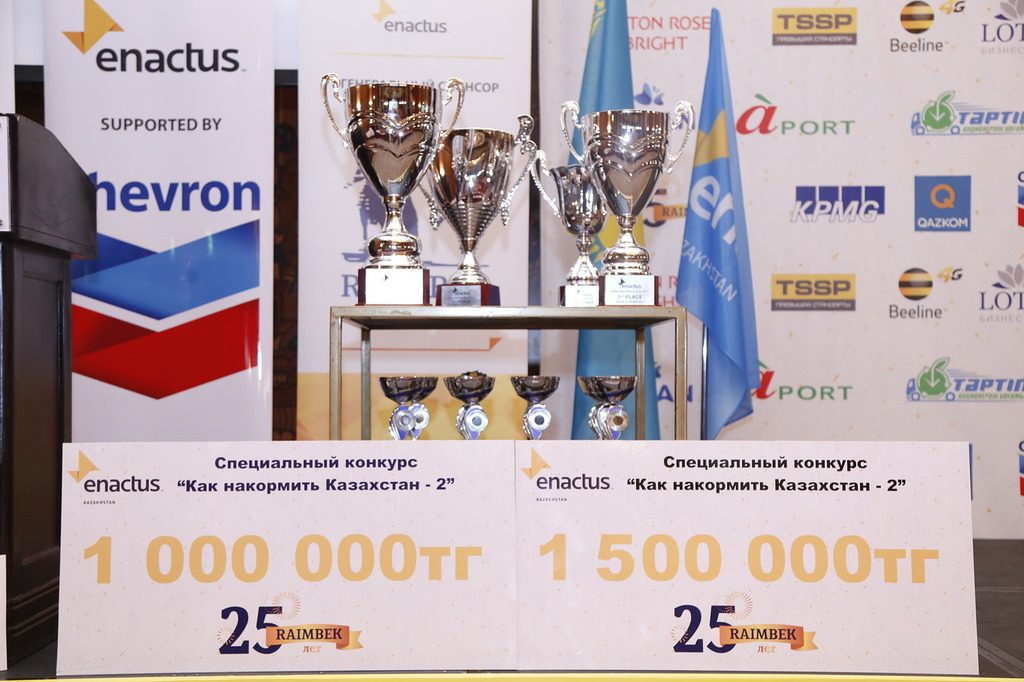 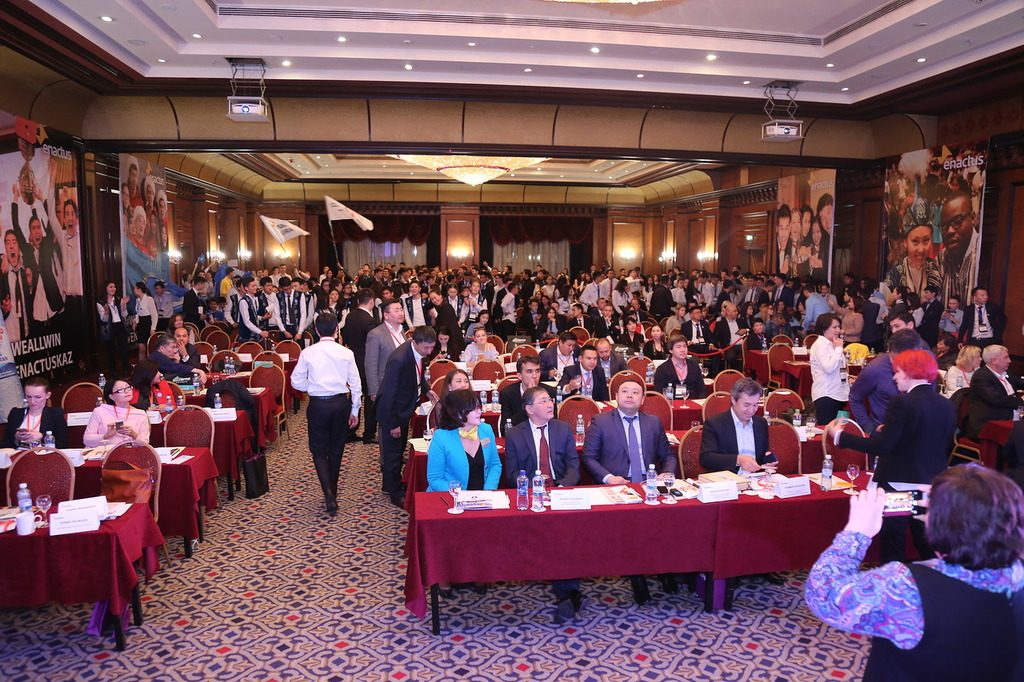 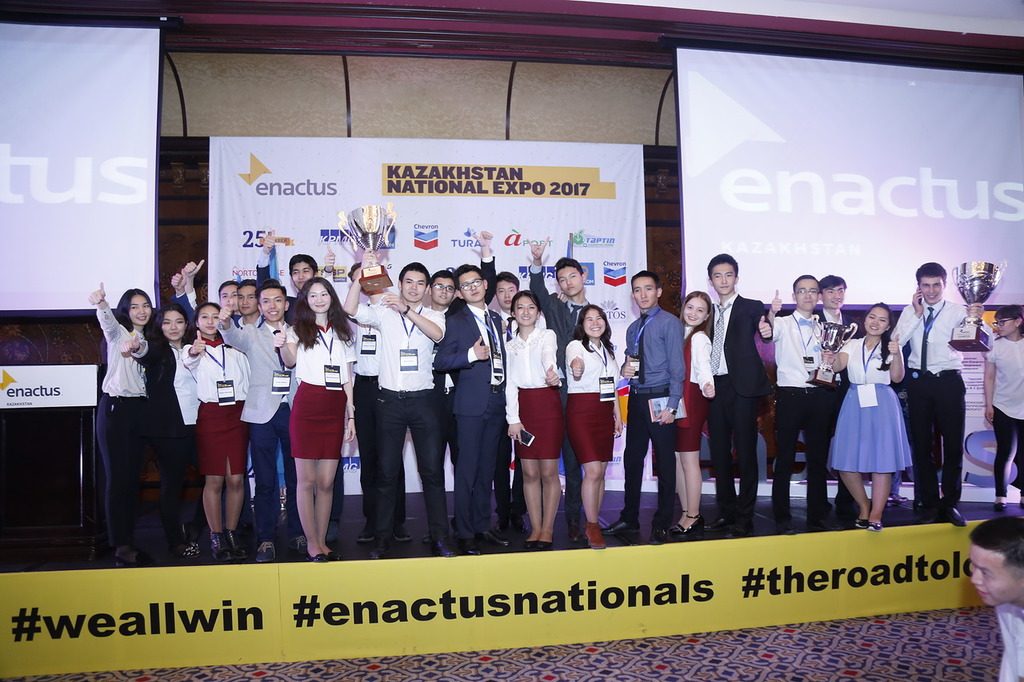 The first day of the event focused on a national challenge called How To Feed Kazakhstan 2, supported by Raimbek Company. Now in its second year, this special competition encouraged teams to tackle the pressing problems of hunger and food insecurity in Kazakhstan. Teams presented their work to panels of judges, and two teams were named the winners earning more than 2.5 million Tenge in prize money. You can read more about the special competition in this great article.

Now, Caspian University is introducing us with their project “healthy bread” on “How to feed Kazakhstan-2”#howtofeedkazakhstan #enactus pic.twitter.com/myu1mpPQJy 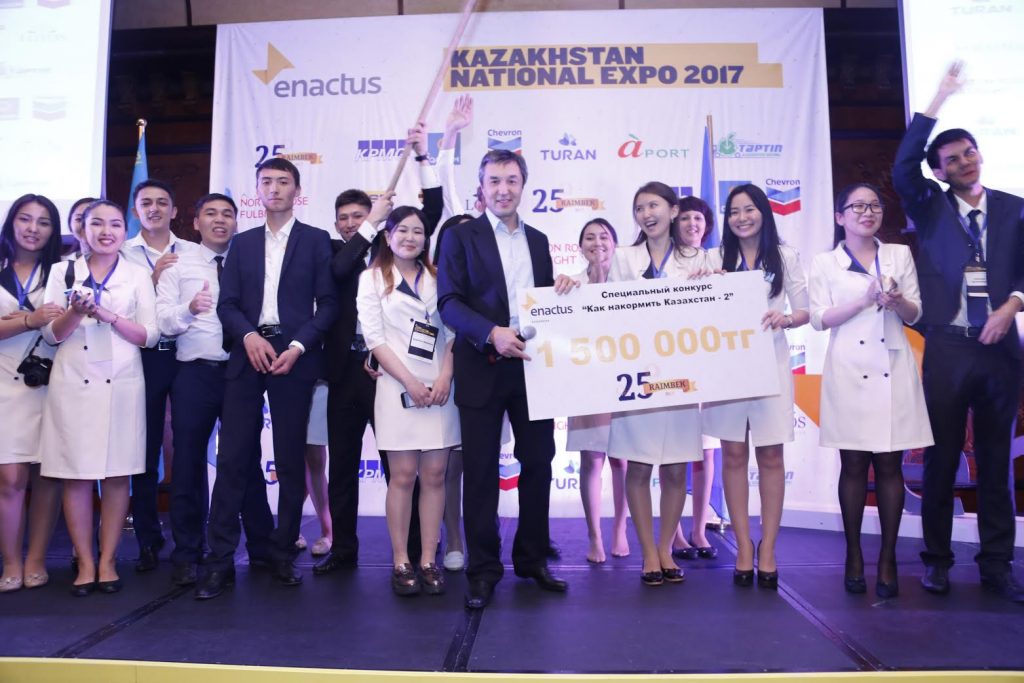 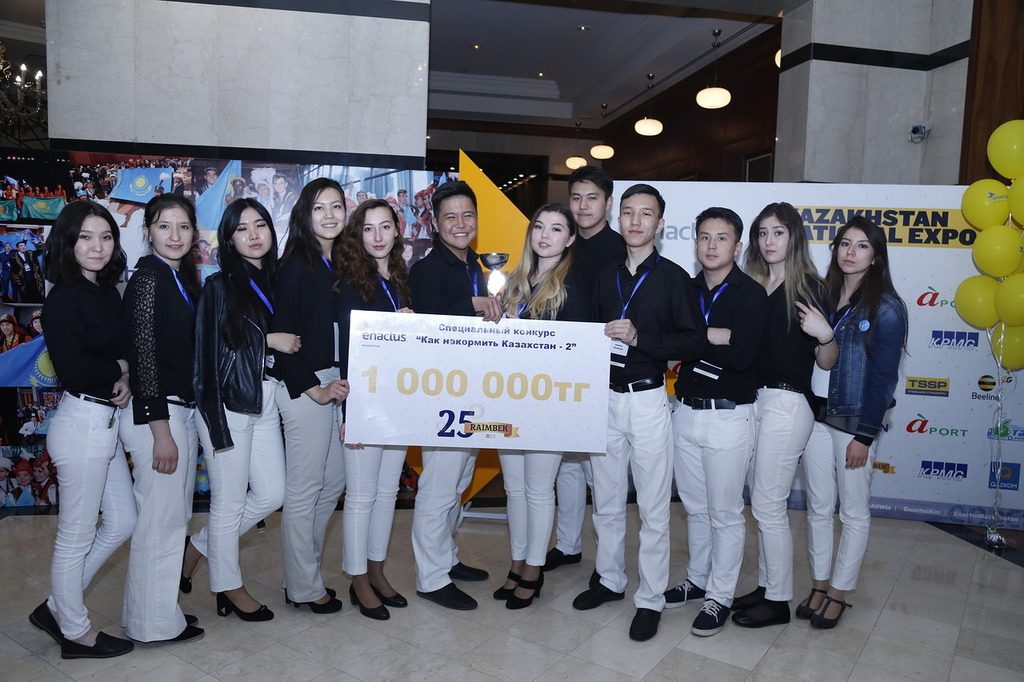 Students had the exclusive opportunity to connect directly with top business leaders from across the country at the Top to Future-Top Forum, where they explored the topic of leadership, a true celebration of the power of the Enactus network to inspire action. Scholarships were also presented to students, thanks to support from Asia Waters. Teams also had a chance to learn about career and internship opportunities at leading companies in the career fair.

Translation: Ceremony of rewarding leaders and holders of scholarships from the company Asia Waters with the trademark water Turan on Top to future forum

Translation: Nabiyev Erzhigit is the ENACTUS KAZAKHSTAN scholarship winner, the winner of the Asia Waters competition with the trademark Water Turan.

To further inspire and inform those in attendance, the Enactus Kazakhstan team invited a series of distinguished speakers, sharing perspectives from both a national and global level, including Yerlan Sagadiyev, Minister of Science and Education, Assel Khairova, Managing Partner for KPMG in Kazakhstan and Central Asia, and Raimbek Batalov, Chairman of the Enactus Kazakhstan Board of Directors.

Translation: My long awaited photo with the Minister of education and science of the Republic of Kazakhstan Sagadievym E.k. #enactuskaz #weallwin

To decide which team will travel to London in September to represent Kazakhstan in the Enactus World Cup, competition was held over three rounds, which more than 115 judges narrowing down the 30 competing teams to a final four. 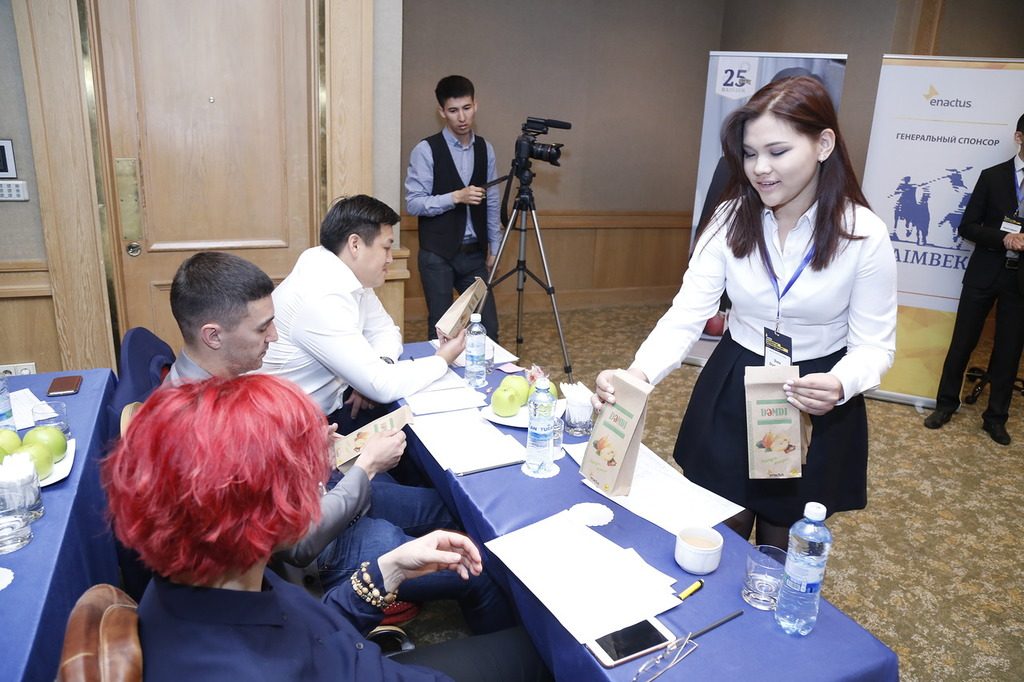 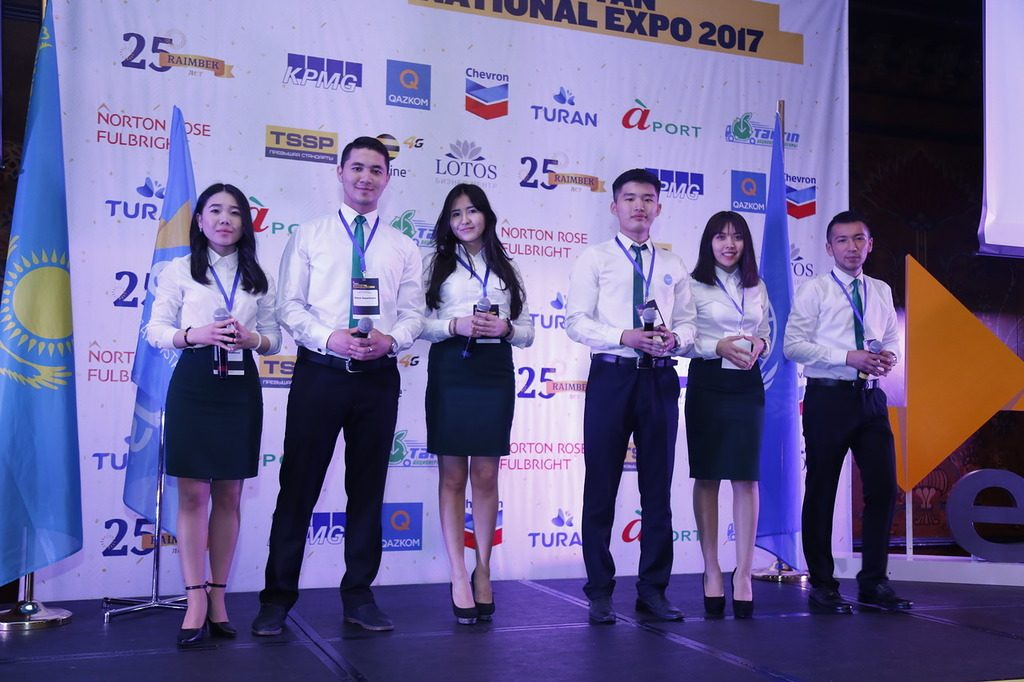 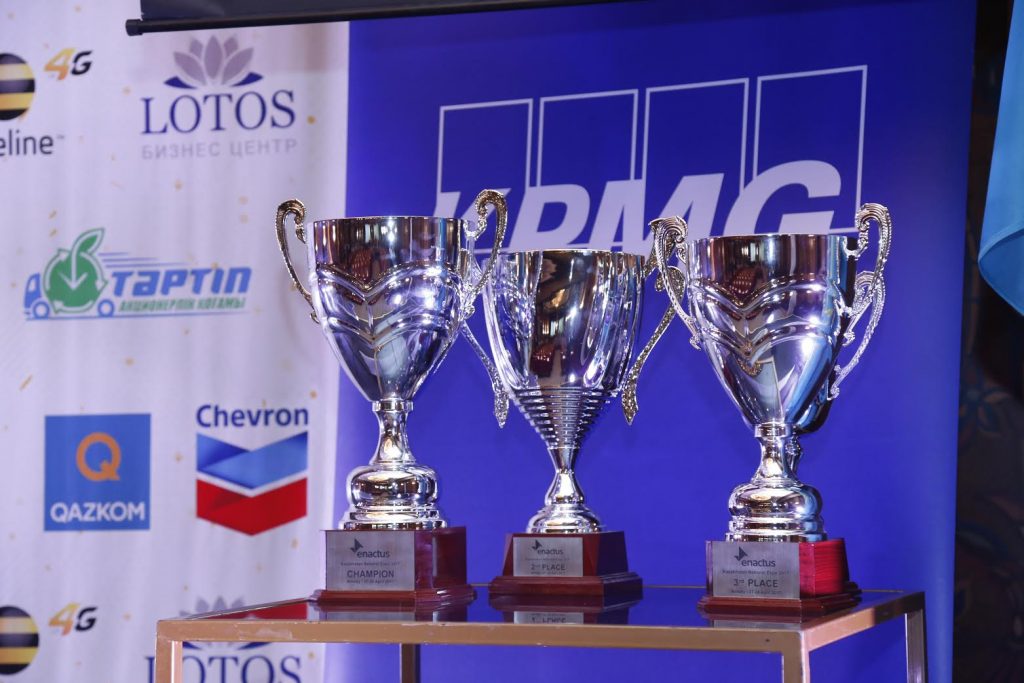 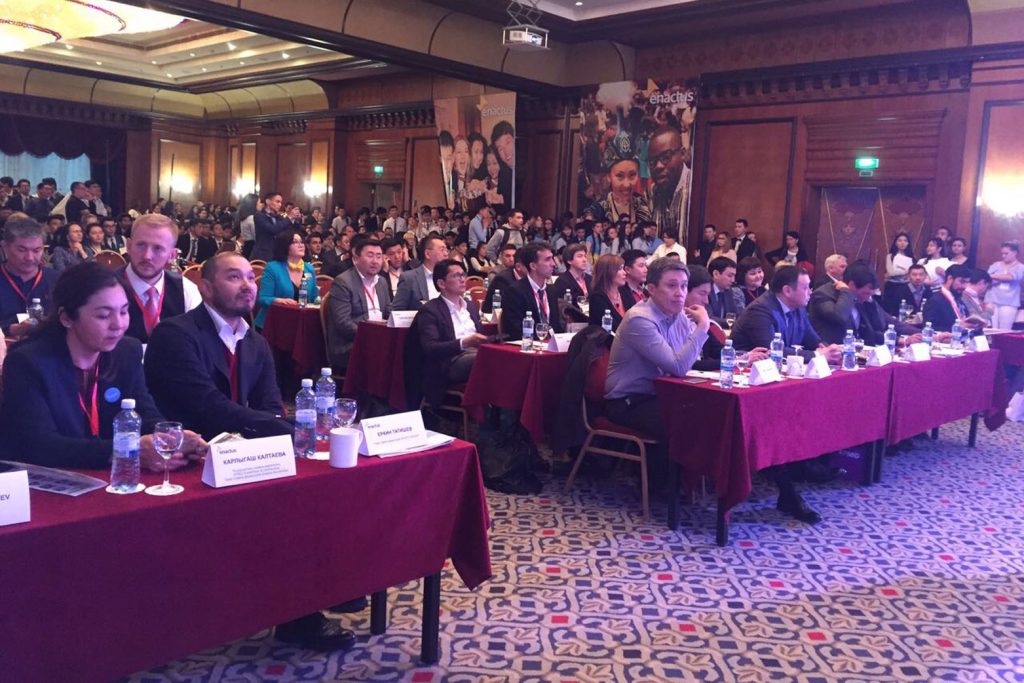 Those four teams took to the main stage to share with the nearly 1,300 people in attendance – including 30 final round judges – how they used entrepreneurial action to improve lives. In the end, it was the team from Kazakh Humanitarian Juridical Innovative University, Semey that took home the trophy, impressing judges with their work to address homelessness in their city. The team formed partnerships with 21 local farms, which provided employment opportunities for the beneficiaries, as well as individual support services. 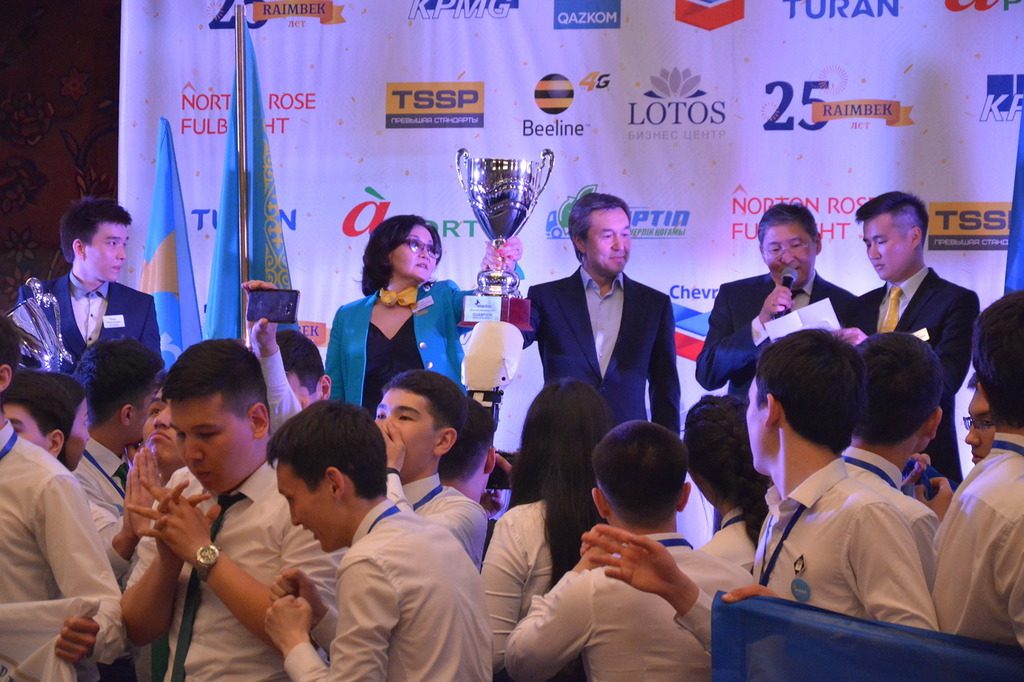 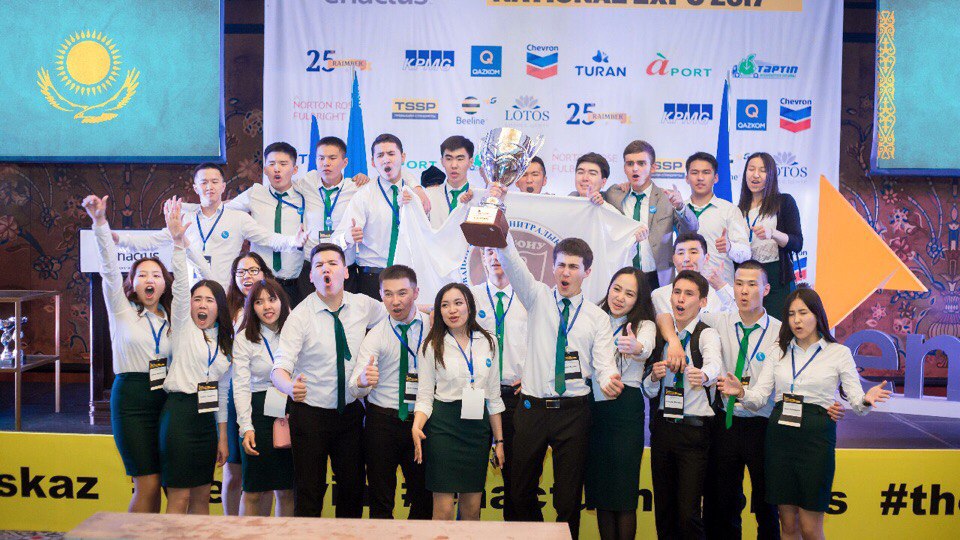 Want more from this year’s Enactus Kazakhstan’s National Competition? Get all the highlights in their great flashback video!