It was a full day on 17 June when 630 Enactus India supporters came together at the Taj Land’s End in Mumbai for this year’s National Competition. After a series of regional competitions, 24 teams, with an additional 17 in attendance to observe, came to the competition with one goal in mind: to be named the 2017 Enactus India National Champions and represent their country at Enactus World Cup this September in London. Based on the posts we saw on social media, teams were excited to showcase their impact, and attendees were equally excited to learn about all they had accomplished!

The opening round of the @EnactusIndia National Competition in progress. Students compete to be in the final round.#weallwin #NC17 pic.twitter.com/20DwGF7ZzU

After a networking luncheon, everyone came together to learn who the final four teams would be and to draw timeslots for the presentations. If you were following along online that day, you would have seen lots of great posts, encouraging the finalist teams and celebrating the impact all Enactus India team have made this year.

At the end of the day, the big moment finally arrived and the team from Shaheed Sukhdev College of Business Studies was named the 2017 Enactus India National Champion and will now prepare to represent their country at Enactus World Cup for the second year in a row. Enactus SSCBS made an impression on judges with their portfolio of initiatives, including their Udaan project, which provides quality education in rural India by setting up computer centers that reuses e-waste while empowering women. 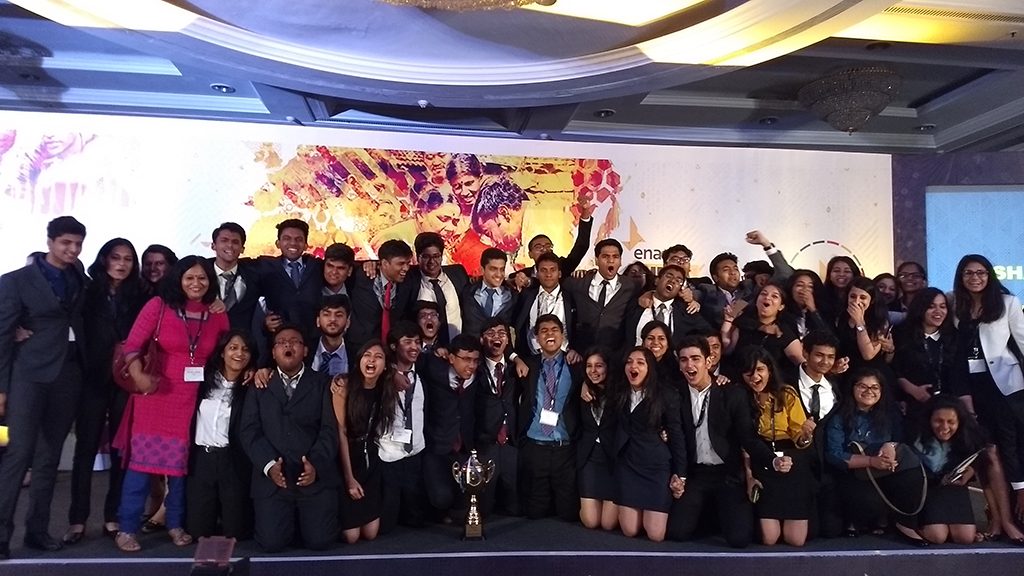 During the afternoon, attendees had the opportunity to hear from two of India’s top business leaders. First, Arun M. Kumar, Chairman & CEO of KPMG in India and Chairman of the Enactus India National Advisory Board, shared four key messages with those in attendance, including the power of building strong relationships and the need to evolve. Next up was Prashant Ranade, Co-Chairman of Syntel Inc., who spoke about driving positive change, thinking differently, and accepting no limits, only results, in excellence. Also at the event was Terry Torok, Enactus’ Chief Innovation Officer, who brought greetings from the global office and highlighted the Races competitions.

Our Chairman & CEO @ArunMKu shares 4 key messages that will help enable & empower the next generation of #leaders. #WeAllWin #EnactusIndia pic.twitter.com/WlWB8p4xBV

A new feature at this year’s event was a 77 second elevator pitch competition, where one student from each of the top 24 teams had the opportunity to present their flagship project for the year in front of Enactus India board members, in a presentation with a 77 second time limit. 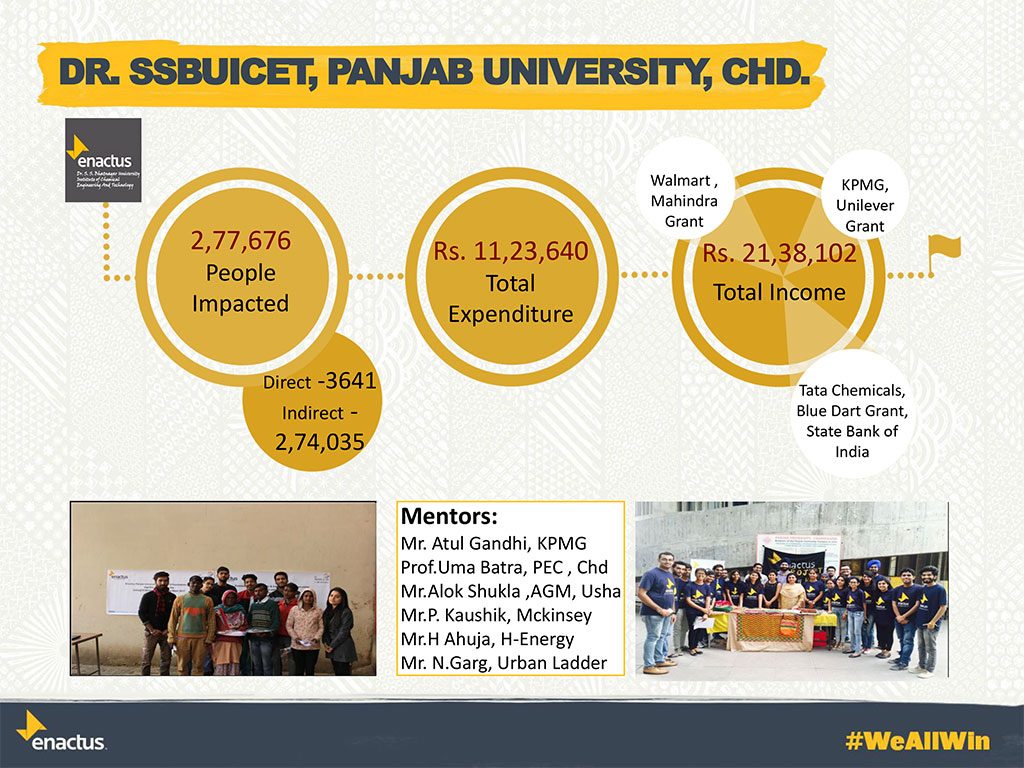 The competition attracted some great media coverage, including this pre-event article as well as this great recap. And don’t miss this great video, a special episode on Zee Business TV, that gives a great overview of the event!

Kudos to @enactus India – great work in innovation with college students and an informative Board meeting today ! pic.twitter.com/RptY37Xm1X