Part conference, part competition, this year’s Enactus Australia National Competition brought together nearly 400 people from 4-6 July at the Sofitel Wentworth Hotel in Sydney. While the ultimate goal was to select this year’s National Champion, the team that will represent Australia in the upcoming Enactus World Cup, just as important was the chance to bring together student, academic and business leaders from around the country to collaborate on ideas, share their passions, and learn a thing or two in the process. 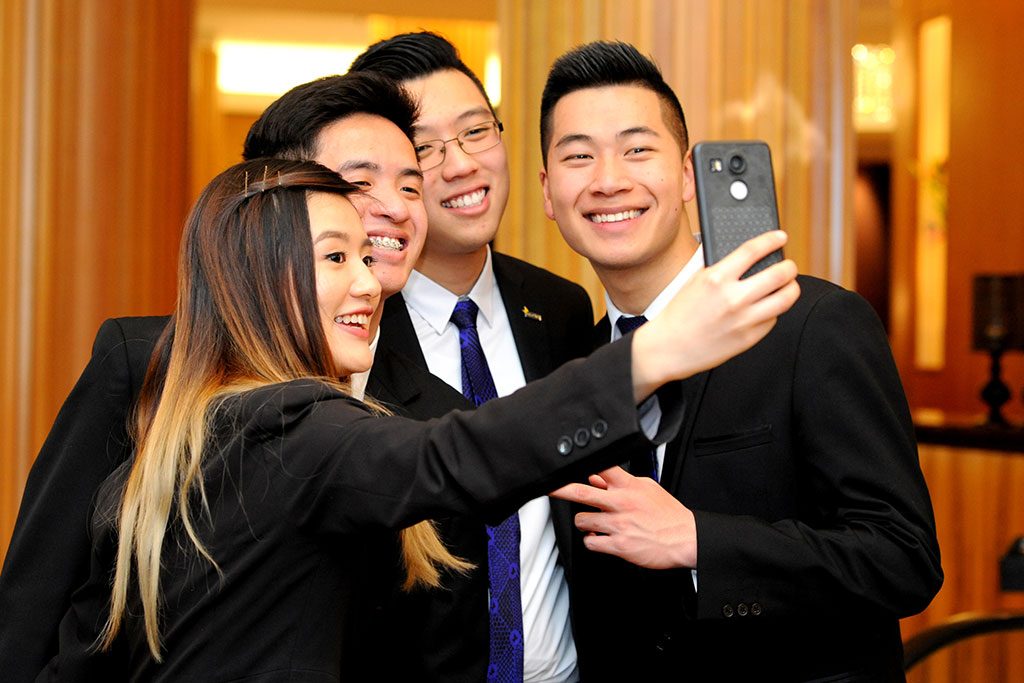 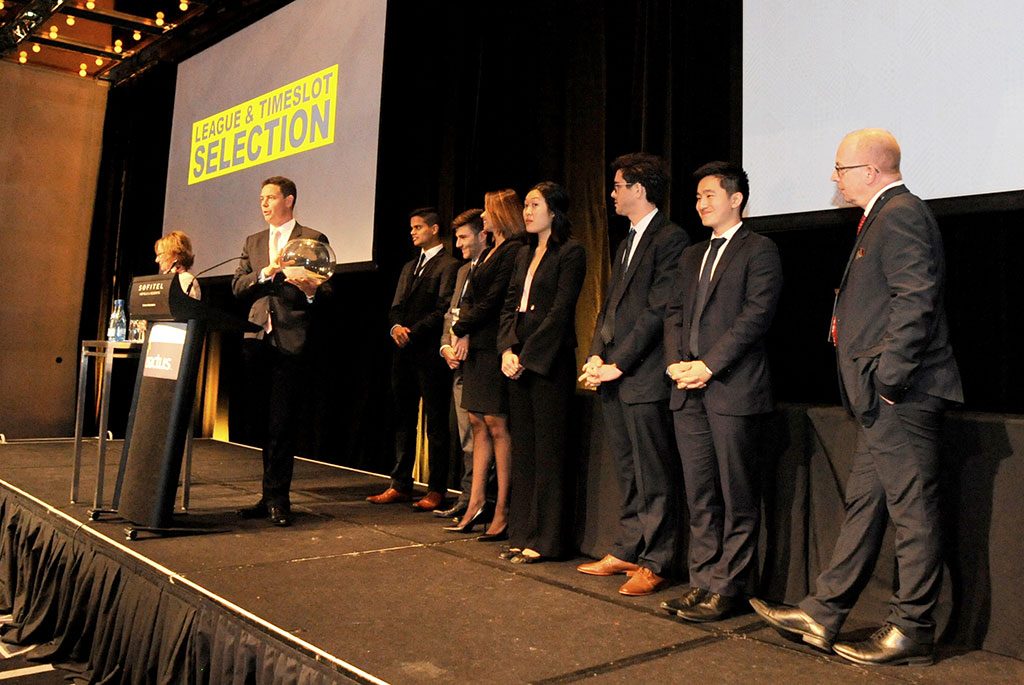 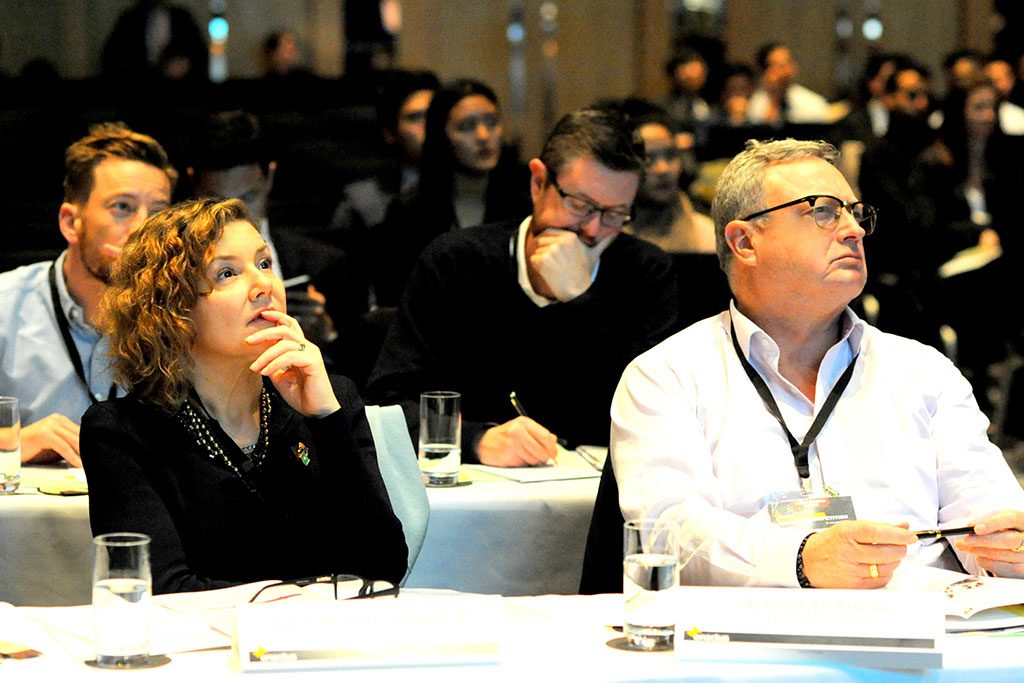 The event kicked off with an in-depth workshop for faculty advisors, team presidents and project managers focused on developing their team strategic and business plans to ensure scalability and sustainability.

“Ability to articulate, define and communicate is what defines you as a leader.”, Dr. Anne-Maree Dowd.#NCCOZ#WeAllWin@enactus pic.twitter.com/YK3nyJrPCV 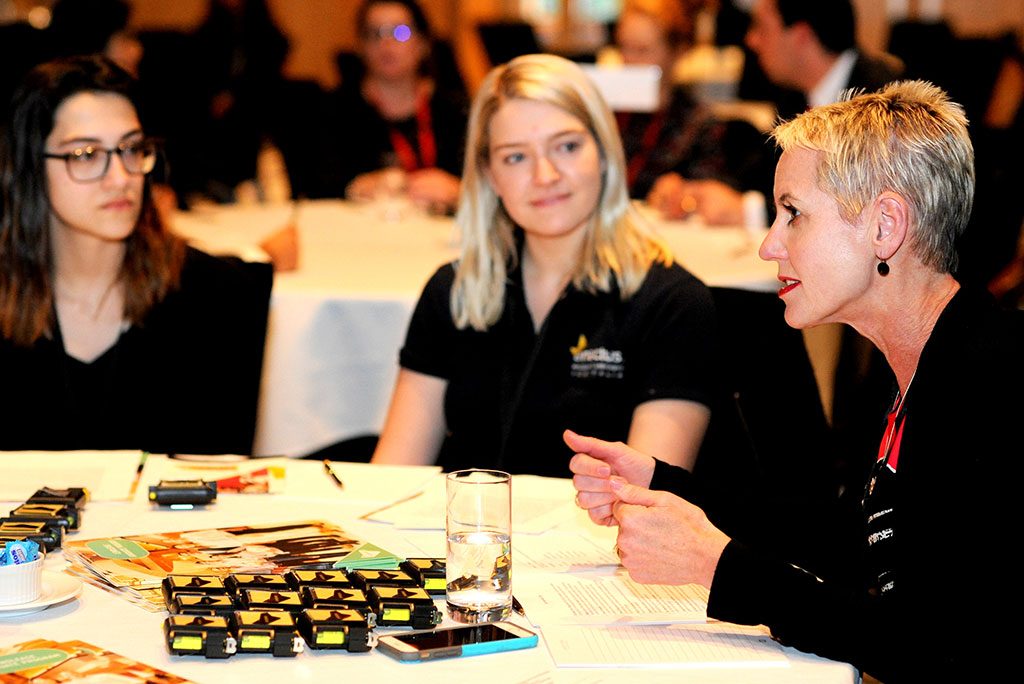 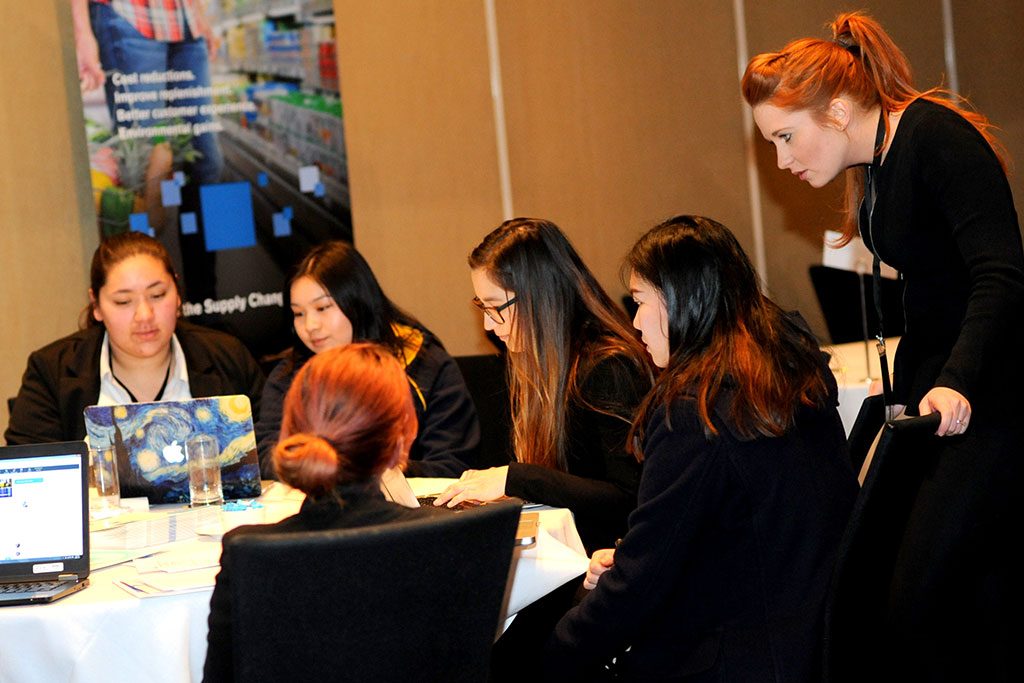 In the same spirit, attendees had the chance to hear from keynote speaker Anthony Matis, CPA and Director of Education who spoke on “Personal Branding and Networking for Impact”. The students were given advice on how to create the best impression through their social media communication and personal presentation at all times, while also learning how to widen their personal and professional networks. 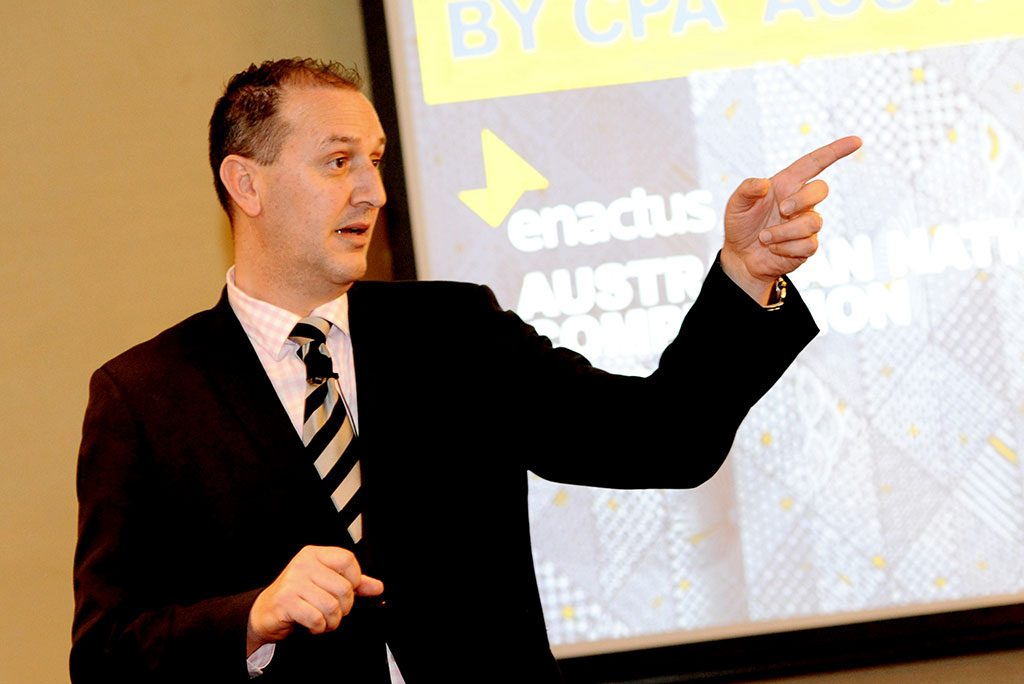 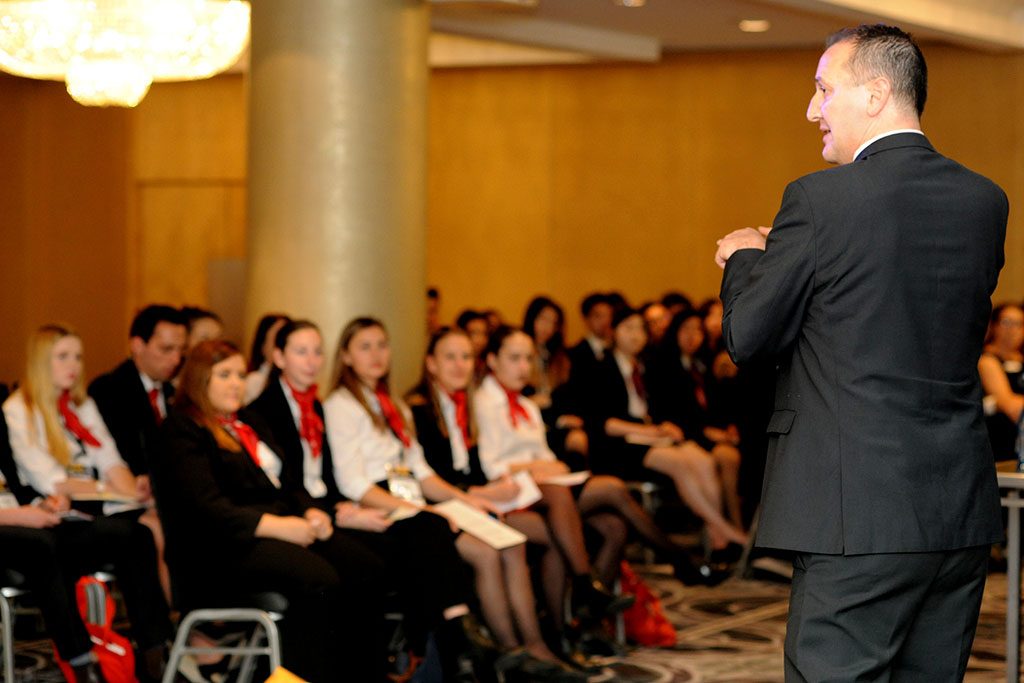 Day two of the event was filled with both the opening round of competition and recognition of achievement from the past year. Eleven teams shared how they used entrepreneurial action to create a better world, and their presentations were evaluated by 34 executives serving as judges. There was also a special league for new teams, giving them an opportunity to share their early work and receive feedback on their progress. The winner of this league was University of Southern Queensland – Australia. Also presented at the end of the first day was the Spirit Award, given to one team from each of the four leagues. 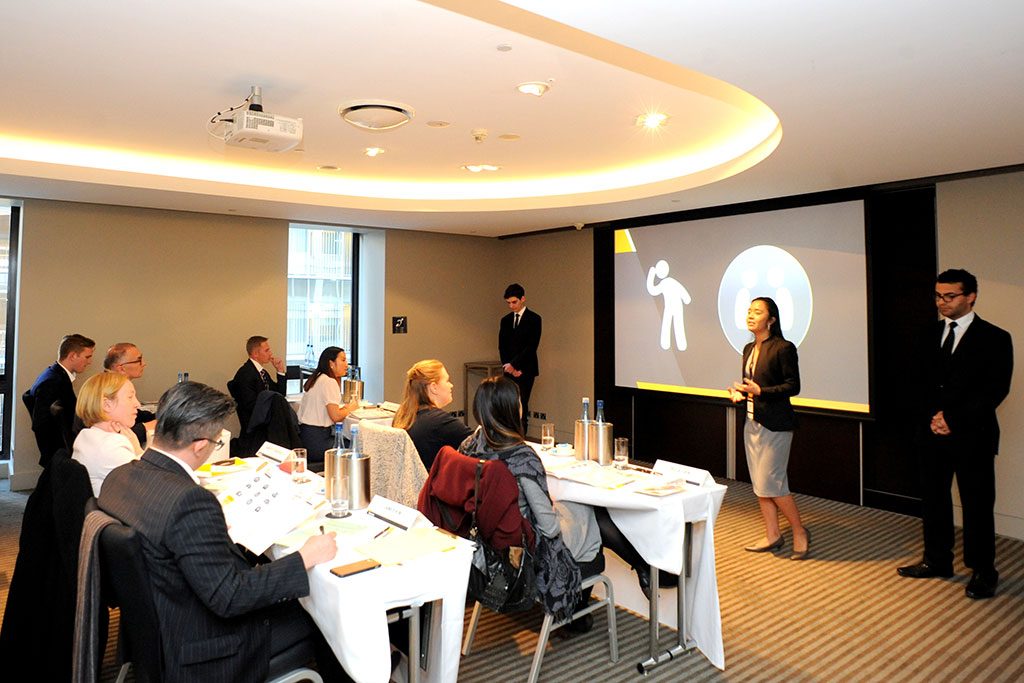 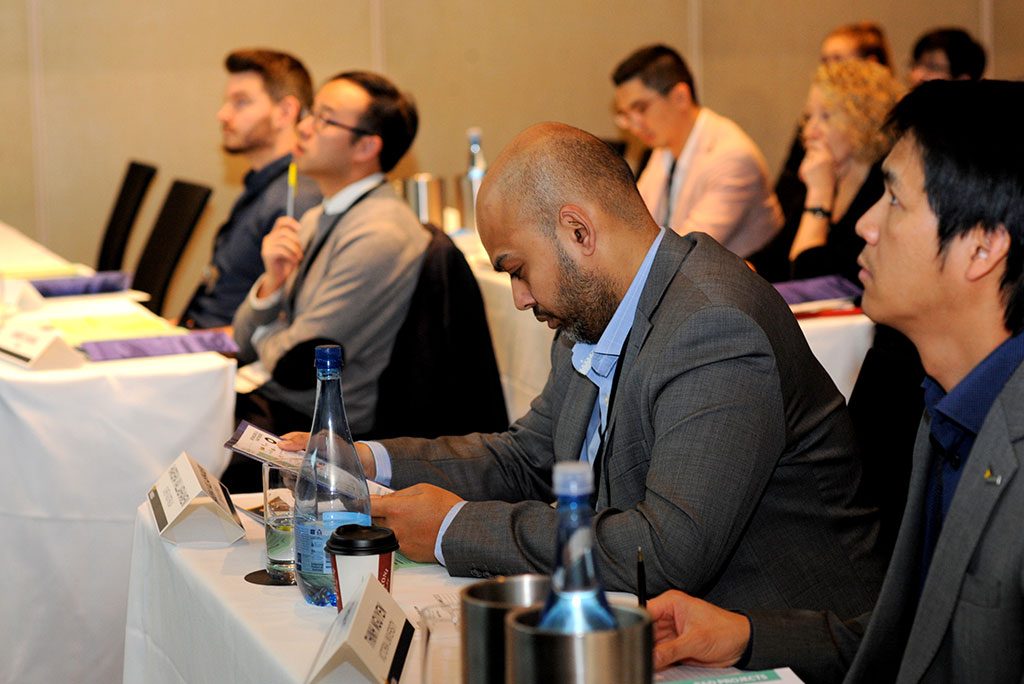 The final day of the National Conference and Competition started with the semi-final round of competition, with eight teams vying for a spot in the final round as judged by 29 executives. As all attendees gathered in the main ceremony room, the final four teams were announced, taking to the main stage to share their innovative projects.

When the National Champion trophy was presented, the team from the University of Sydney held it high, excited not only for the recognition but also for the opportunity to represent their country at the Enactus World Cup this coming September in London. One of the projects they will showcase is Culinary Tales, an initiative that brings together refugees from various countries who run cooking schools for the general public, corporate organizations and schools, with the goal of showcasing their unique cuisines and culture while also improving their well-being and livelihood by improving their employability skills and integration into the community. 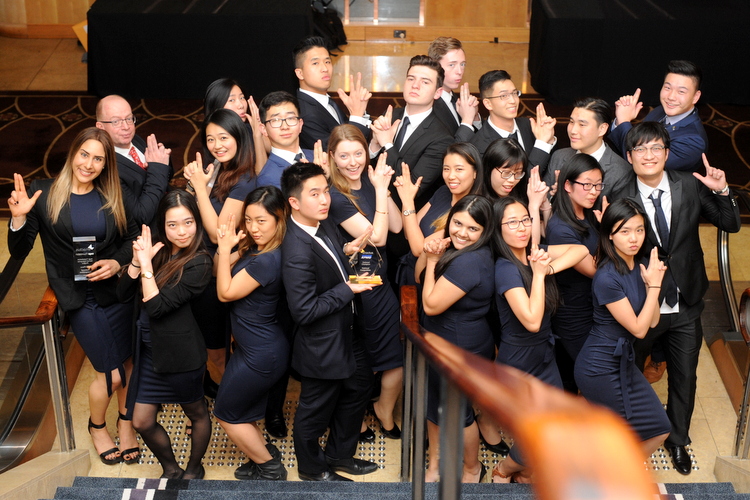 If you’re wondering why we have all these great posts from Enactus Australia, it’s because of the hard work of Arshil Jah from Edith Cowan University, and Alexander Shu from the University of Sydney, social ambassadors for the event. They did a great job of covering every facet of the conference and competition so that supporters near and far could experience all of the excitement for themselves. Don’t miss our blog post about this exciting initiative, where you can get to know the social ambassadors from each Enactus country.