If you’re interested in knowing exactly what happened at the 2014 Enactus Guatemala National Competition, all it takes is a quick Twitter search: using the hashtag #enactusgt, the Guatemala team live tweeted and made updates to their Facebook page most of the two day event, providing timely updates and interesting images so that those of us following along from afar could feel connected and involved.

Held at the Hotel Real Intercontinental in Guatemala City on 9 and 10 July, over 700 people came together to hear about the accomplishments of the eight competing teams and collectively celebrate the positive impact made in communities across the country. After 45 judges narrowed the field down to three teams, 46 final round judges selected a new national champion, the Enactus team from the University of the Valley of Guatemala, South Campus. The team impressed judges with their community work, including Smart Farm, where the team worked with a group of 43 farmers from the southern coast of Guatemala. By focusing on agricultural innovation, the team empowered the farmers to use available resources to create new products, which they then had the opportunity to sell in a market the team organized. The new products and additional revenue stream resulted in a 47% increase in income and a 14% reduction in product loss. 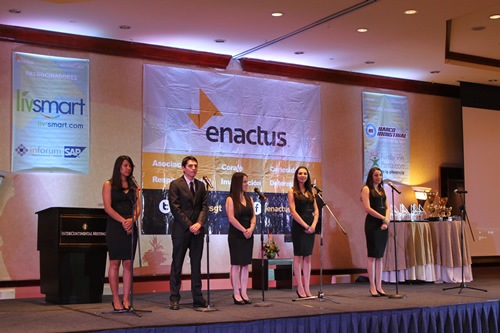 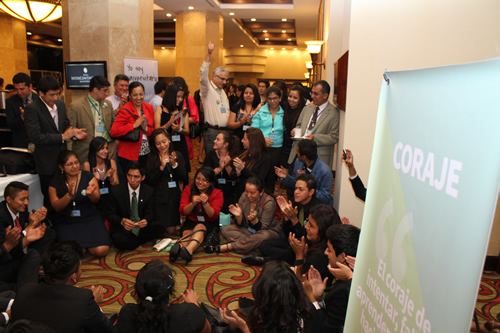 Sponsored by Banco Industrial, Inforum SAP, and Livsmart, the event featured three impressive keynote speakers including Rosa María de Frade, Director of Corporate Affairs for CBC; Philip Wilson, CEO of Ecofiltro; and Dionisio Gutiérrez, President of Fundación Libertad y Desarrollo. The speakers explored timely and relevant issues such as the institutional, political and economic challenges for Guatemala and the impact that programs like Enactus can have in addressing these challenges; the advantages and disadvantages of social entrepreneurship and successful cases of national social entrepreneurs; and corporate social responsibility programs of large corporations and the contributions they make to the country. Attendees were also invited to participate in a discussion forum where the idea of entrepreneurship as a tool for change was explored. 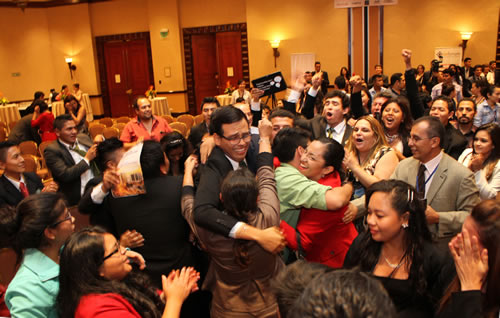 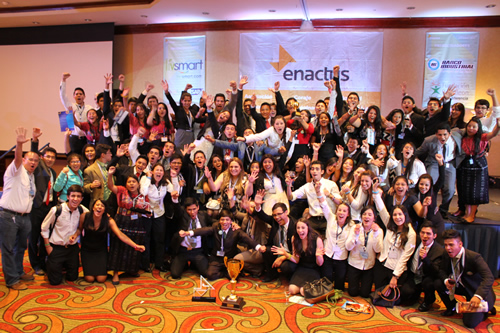 Interested in learning more about the Enactus Guatemala National Competition? Check out two of the articles written about the event here.

Translated by Google:
“One of the Judges at National Competition 2014, Jorge Bolaños #EnactusGt“

Translated by Google:
“Because when we compete to improve the lives of others we all win #enactusgt“