When something is exciting and gets a lot of attention, we say it’s creating buzz. Well, the Enactus France National Competition created a lot of buzz, blowing up social media with messages of support, pictures of the event, and details of the amazing work presented. On 3-4 June, nearly 600 people met at Cité Internationale Universitaire in Paris to celebrate the accomplishments of the past year and choose a national champion to represent France at the upcoming Enactus World Cup.

The competition had an impressive list of sponsors including KPMG, GDF SUEZ, Disneyland Paris, Fondation Groupe Adecco, Fondation VINCI Autoroutes, AIG, HSBC, SAP, Sodexo, Suez Environnement, and Enterprise, and representatives from many of these companies took to social media during the event to share their support and experiences. Student teams also had a significant online presence during the competition, so much so that the hashtag #CNEnactus was trending at one point. And the national champion team shared its own impressive social media stats, including 355 Twitter mentions, 236 visits to their website, and 795 Facebook likes.

To further share the impact made across the country, all teams, not just those in the competition, were invited to participate in the Project Forum, where teams displayed their work and projects from the past year. Held during lunch after the semi-final competition, teams had the chance to showcase their work while interacting directly with other students, faculty and business leaders to answer questions and explore ideas.

Over two rounds of competition, 23 teams presented the results of their social entrepreneurship projects to 150 executives serving as judges. The team from IÉSEG School of Management came out on top, impressing judges with their portfolio of projects including Project Key, which focuses on encouraging disadvantage youth in Northern France to pursue their studies with the long term goal of reducing the unemployment rate. The team worked with 181 middle school students and expanded their horizons by organizing 15 trips to develop their cultural, historical and artistic curiosity. They also created a personalized tutoring program for participants, which included connections with professionals to offer advice and guidance. 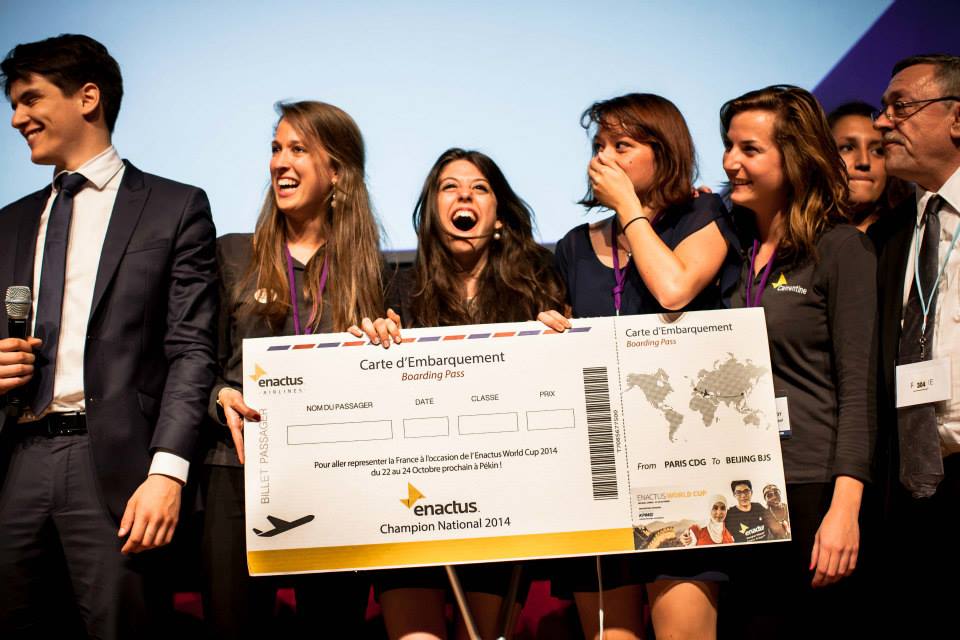 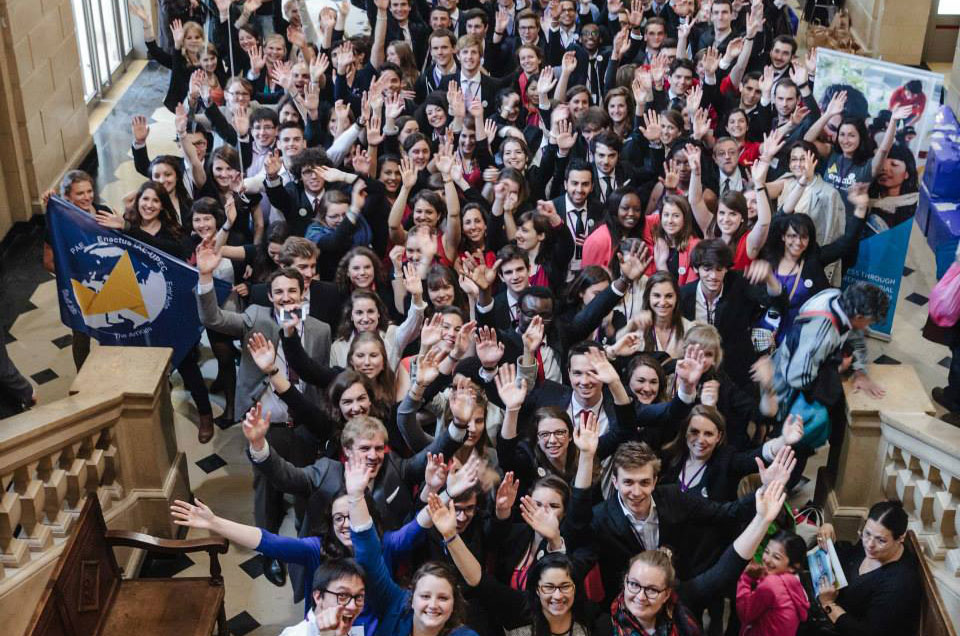 To deepen the student experience and capitalize on the wealth of experience offered by the executives involved, the competition was organized around three discussion themes. At the Opening Ceremonies and dinner, four speakers presented their thoughts on the entrepreneurial spirit: André Dupon, CEO of Vitamine T; Charles Baudelot, Enactus alumnus and Associate Director of Feel & Clic; François Bloch, Partner, Regional Director Rhône-Alpes Auvergne of KPMG S.A.; and Philippe Hayat, Founder of the organization 100,000 entrepreneurs and President of Mouvement Entrepreneurs Demain. Before the final competition, they held a discussion panel where six executives from AssessFirst, AIG France, HSBC, KPMG, SAP, and Disneyland Paris shared their opinions on the skills gained through Enactus and how they translate to student employability. During the Awards ceremony, five executives shared their advice for students, including Philippe Peyrat, Managing Director of Fondation GDF SUEZ, and Bernadette Moreau, Managing Director of Fondation VINCI Autoroutes.

The incredible accomplishments of the Enactus France program are shared in their year in review video:

Translation by Bing:
“The opening ceremony of the #CNEnactus is about to start! CC @EnactusFrance“

Translation by Bing:
“Your support was invaluable to us! Thank you to all 🙂 #CNEnactus #WeAllWin“

Congratulations to this year's #CNEnactus winners !! @IESEG @Enactus_IESEG Best of luck for the #EnactusWorldCup #China