In Azerbaijan, where bread is considered sacred, the baked good isn’t simply tossed in the trash bin with other discarded food. Locals are known for placing stale bread in bags and hanging it on hooks — separate from other waste — as a sign of respect for the food staple. Elsewhere, however, the rate at which bread is discarded reveals a pervasive view of it as both easy to acquire and highly disposable. Some estimates put the global amount of bread waste at 900,000 tons annually — or approximately 24 million slices every day.

Inspired by their cultural connection to bread, the Enactus National Champions from Baku Higher Oil School, in Azerbaijan’s capital city, felt obliged to develop a solution to this ever-growing problem. Their project, BreadFeed, takes an innovative approach to reducing bread waste by converting it into a usable product. 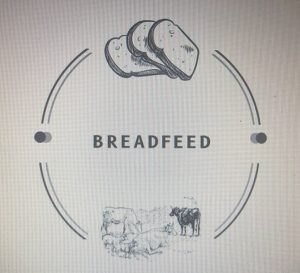 “The increasing amount of wasted bread in our country has drowned our attention,” says team member Farad Kamyabi. “After some research, it was [discovered] that this problem has a planet-wide scale, therefore we decided to come up with an efficient solution to it.”

BreadFeed works by providing several trash bins around the city where people — individuals, restaurateurs, companies, etc. — can place their stale and unwanted bread. The team takes the waste and, adding special supplements, converts it into cattle feed, which it then hands off to local farmers.

The impact of project BreadFeed is twofold as the high fat content of the feed increases productivity among the cattle, increasing farmers’ income while decreasing their food expenditures.

“The main effect produced by our project is a remarkable decrease in the amount of bread thrown to the junkyards in our hometown city of Baku, and plenty of farmers whose cattle are now feeding with the most efficient and useful food,” says Kamyabi.

Perhaps even more impressive than the project’s positive effects is that the National Champions did it all on their own. Despite the obstacles faced to receiving permission to place trash bins around the city, the team from Baku Higher Oil School persevered even without partners.

Having experienced success in their own backyard, the team members have dreams of going beyond Azerbaijan’s borders, to assist other countries with implementing similar initiatives. The first step, however, will be “popularizing” the idea of reusing old bread, Kamyabi notes.

Baku Higher Oil School will represent Azerbaijan at the Enactus World Cup starting 14 October, where the team will present their project alongside 32 other Enactus National Champions. There, they will demonstrate their innovation in business and its impact on the world as they vie for their chance to become the Enactus World Champion.