Thirty-two teams started out at the 2014 Enactus Egypt National Competition on 7 July, all proud of their accomplishments, ready to share their work with judges and peers, and hopeful they would leave with the title of national champion. In the opening round of competition, which was held at the Intercontinental City Stars in Cairo, the teams were evaluated by 77 judges, who had the difficult task of selecting the final round teams. Those five teams presented in the main ballroom to 44 of Egypt’s top business leaders and in the end, the team from the French University in Egypt took home the cup.

Judges were impressed with their body of work including The Washer, a manual washing machine that the team invented and developed to increase efficiency, decrease the health risks associated with hand laundering, and ensure hygienic practices to improve environmental conditions such as water contamination. The machines reduce cost by 50% and require 66% less time than washing clothes by hand. The team has partnered with a variety of distribution channels to promote and market the new product. 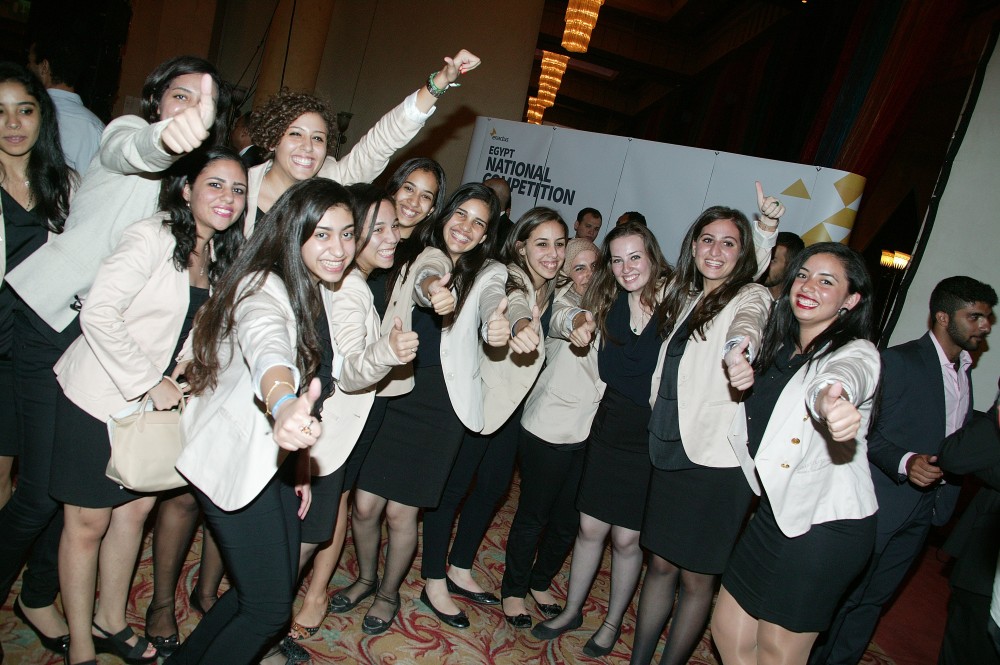 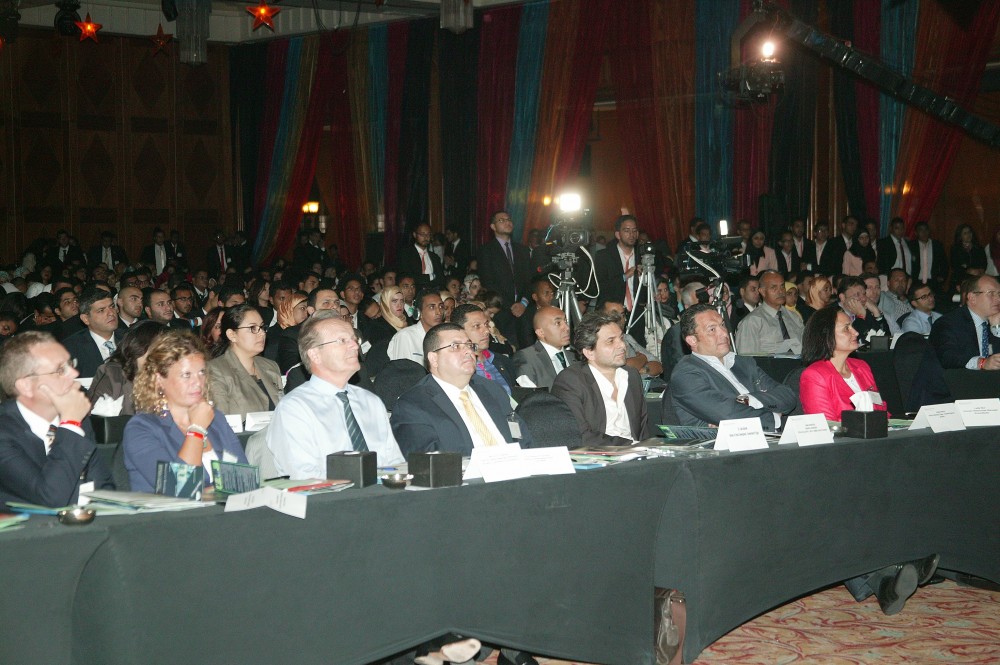 With a huge student delegation – 900 in total – there were still plenty of opportunities for each individual student to have a meaningful experience in addition to the competition. A series of recognition awards were handed out including the UN Women Award, which recognized the winning team of this special competition that focused on women leadership and empowerment to avoid violence against women. Students also had the chance to hear from three impressive keynote speakers who spoke about entrepreneurship and the importance of youth in the economic development of Egypt: Eng. Hesham El Amroussy, Chairman & Managing Director of ExxonMobil; Edward Marks, Managing Director of Barclays Bank; and Bruno Carre, CEO of Suez Cement. In addition, a number of companies set up booths to provide the students with information about their business and career opportunities, including Barclays, ExxonMobil, CIB, Mobinil, Suez Cement, and Giza Systems. 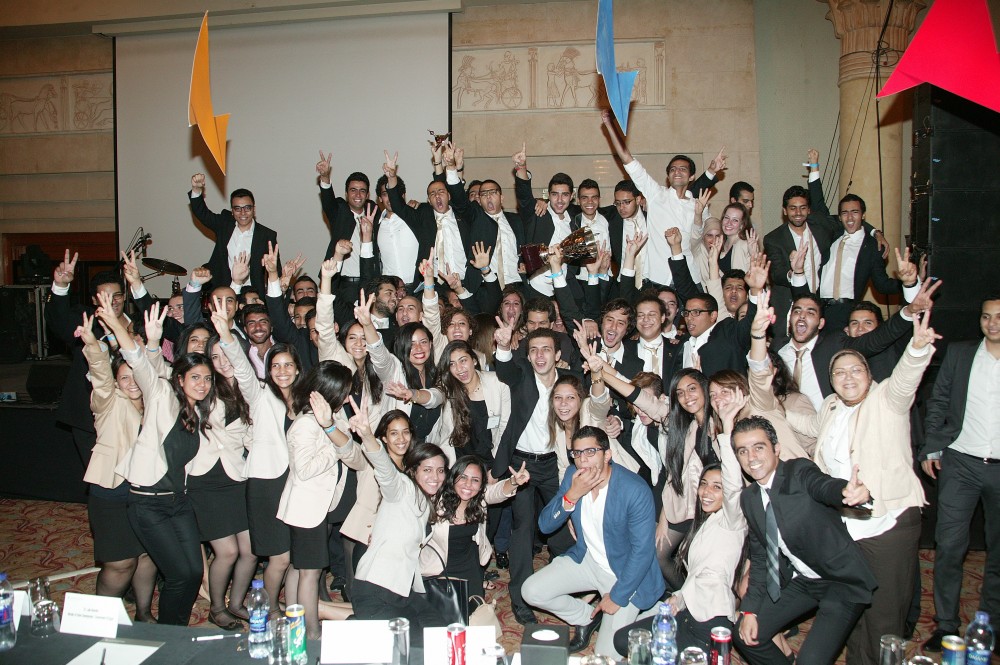 Sponsored by The Coca-Cola Company, Juhayna Company, and Orascom Construction Industries, the competition was honored to have in attendance H.E. Dr. Laila Iskandar, Minister of Urban Development who encouraged the students in attendance to participate in the development of the urban communities in Egypt and highlighted the importance of sound environmental practices such as recycling as part of this development. The event received significant media coverage including On TV, Al Nahar, and Al Youm. 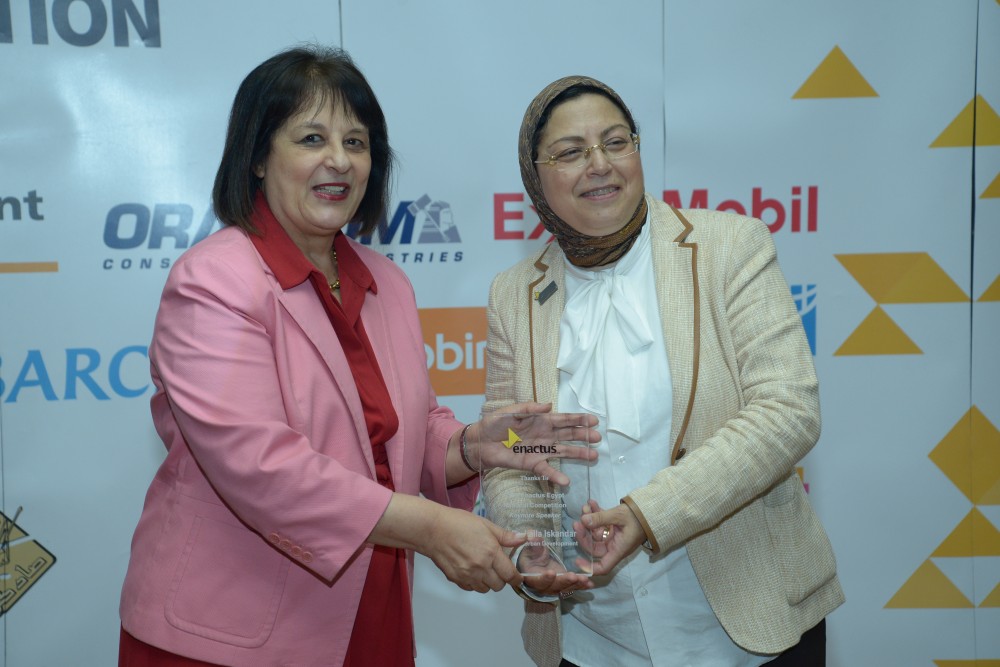 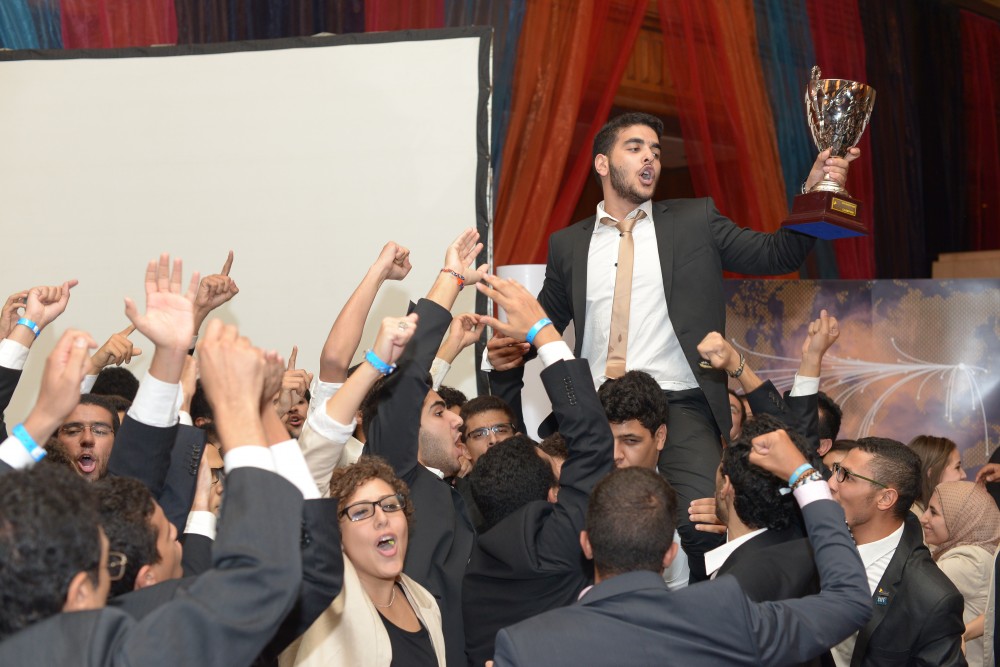 Young energetic and capable students , full of ideas and promising of a brighter future for Egypt. #enactusegypt #enactus