While all national competitions are exciting, the Enactus China National Competition had a special feel this year: as the host country for the Enactus World Cup this October, the teams competing knew that whichever university won the national title would have the unique experience of being the home team during the global event. In some ways, our 14th national competition was a dry run of our global competition, as it was held in the same city and in the same venue where the World Cup will take place this fall, with many similar events and participating companies. All that was missing were the flags and faces of the 35 other countries in the Enactus family.

The Enactus China National Competition kicked off on 5 June at the China National Convention Center in Beijing. More than 2,700 people were in attendance including 2,300 students from 69 competing teams. In addition to the competition, the students were invited to participate in the Top to Future-Top Forum, Youth Leadership Forum, BP Green Sustainability Forum, Entrepreneurship Forum, Youth Volunteer Forum, and CSR Forum, all of which deepened an already rich and rewarding experience. 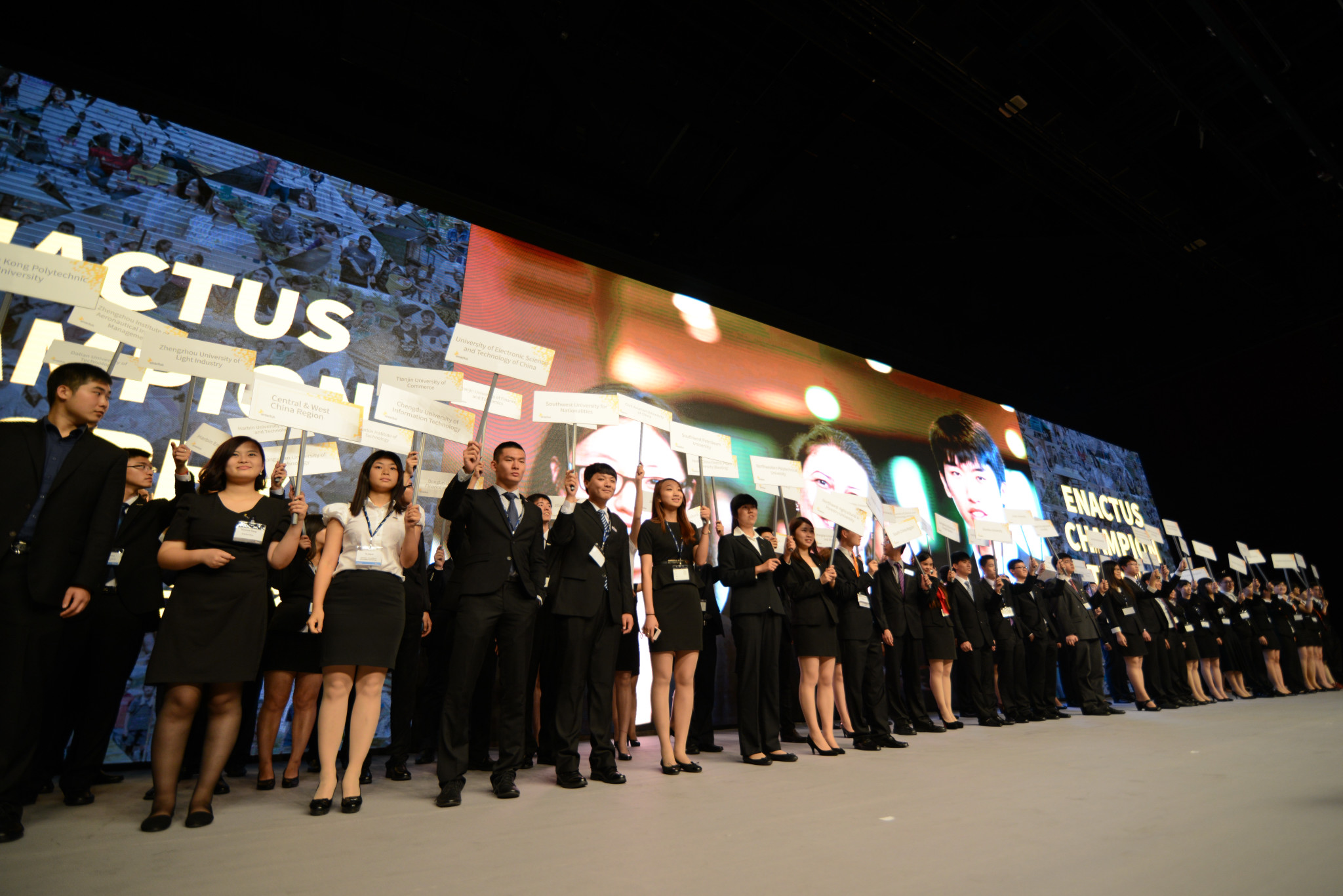 Over three rounds of competition, 270 executives judged the social entrepreneurship initiatives of teams and finally selected North China Electric Power University as the 2014 Enactus China National Champion. Their impressive portfolio of projects includes working with rural herdsmen to increase their access to electric power. Recognizing the safety, security and environmental risks posed to the herdsmen who use cattle and sheep dung as fuel for kerosene lamps, the team saw an opportunity to dramatically improve their quality of life and ability to earn an income. Through field research, they ran a series of pilot projects testing wind and solar power generation systems, using the survey data to found a company that provides the technology and equipment for the herdsmen to dramatically improve their living conditions. The available power volume increased to 6kWh from 0.18kWh, allowing them to now use electric light and equipment that increases work productivity. As a result of this and earnings from other products, participants’ income now averages 18,000 Yuan, up from 4,560 Yuan. 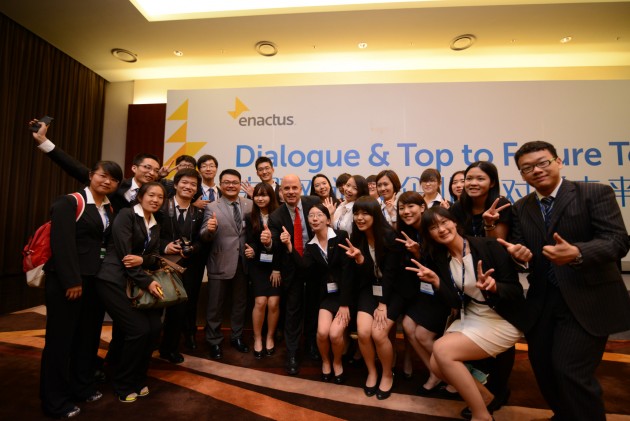 A number of leading executives attended the national competition, including Arthur Wei, Chief Marketing Officer for Lenovo, who addressed the delegates and shared Lenovo’s commitment to the Enactus program, recognizing the passion of the students involved and the positive impact their actions have in communities. In his keynote speech, David Brooks, Chairman and Executive Vice President of Coca-Cola Greater China, challenged the students to look past their own borders and try life and career in a new location, noting the lasting benefits of overcoming language and cultural barriers while developing a global mindset.

In addition to sharing the event experience with the nearly 3,000 onsite attendees, the Enactus China staff wanted to ensure that what happened over the two days was shared with supporters across the country. They did so by using a variety of social media platforms, including Renren, Weibo and WeChat, to broadcast all aspects of the event to their followers, and you can see a sampling of the messages they sent below. 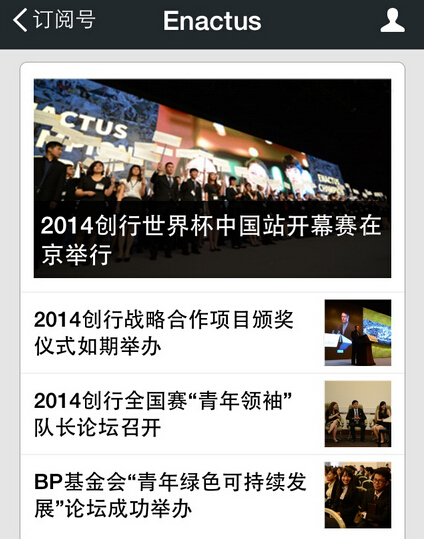 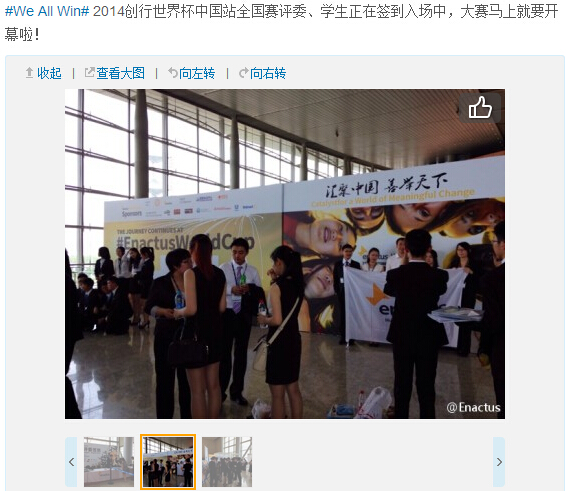 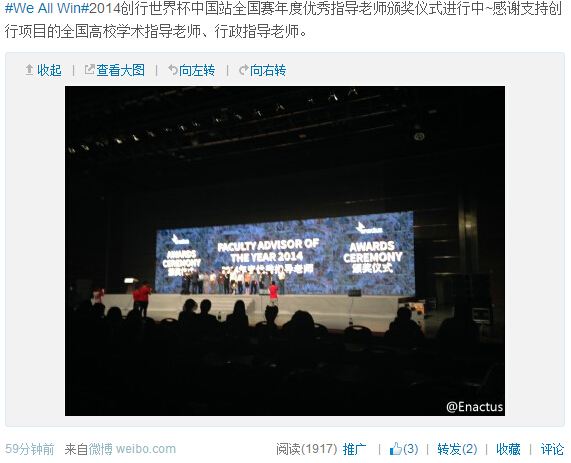 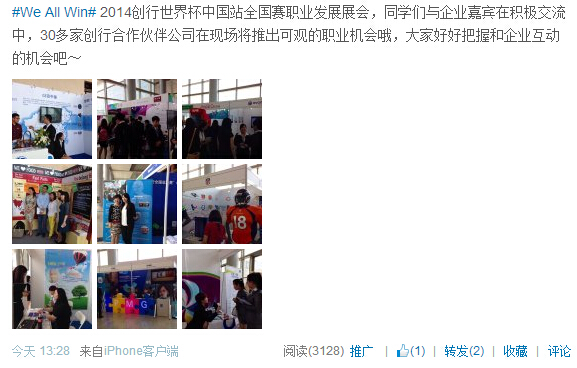 As we approach the midway point of the Enactus National Competition season, the excitement for the World Cup is building around the globe. For our Enactus China team, however, they have had the first glimpse of what it’s going to be like in Beijing in October, and they can’t wait for the rest of us to get there.

The Enactus China team put together a number of excellent videos highlighting their competition. Watch this one with all the event highlights, and check out the others, as well as videos from other Enactus National Competitions, here.