There’s been a changing of the guard in Canada, so to speak. For the past nine years, two schools have dominated the national championship, but after a tough competition this year, a new university has earned the right to represent Canada at the Enactus World Cup this October in Johannesburg.

With 58 competing teams and over 1,400 people in attendance, the 2015 Enactus Canada National Competition, which took place 11-13 May in Toronto at the Metro Toronto Convention Centre, was the biggest yet. After two rounds of competition, 70 leading executives serving as final round judges had the difficult decision of choosing a champion. In the end, they selected the team from the University of Ottawa, which was making its first appearance in the final round of competition. Judges were impressed by their CigBins initiative, a cigarette butt and recycling service that has diverted over 100,000 cigarette butts off city streets and generated $73,200 in revenue.

Numerous other national awards were presented during the event as part of series of national challenges and project partnerships, including the Student Entrepreneur National Competition, the Scotiabank EcoLiving Green Challenge, the Capital One Financial Education Challenge, and the TD Entrepreneurship Challenge.

An exciting announcement was made before the final round of competition: John Tory, Mayor of Toronto, was on hand to announce that the Enactus World Cup will be returning to Toronto in 2016. 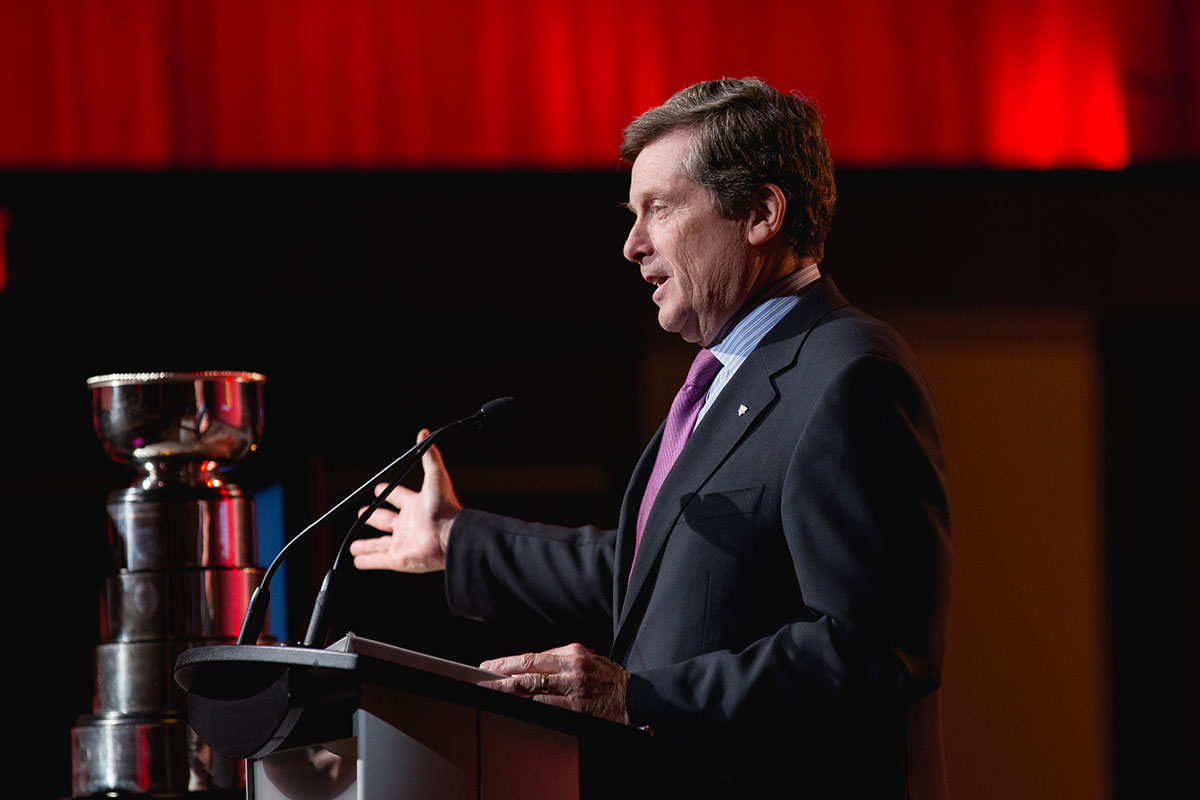 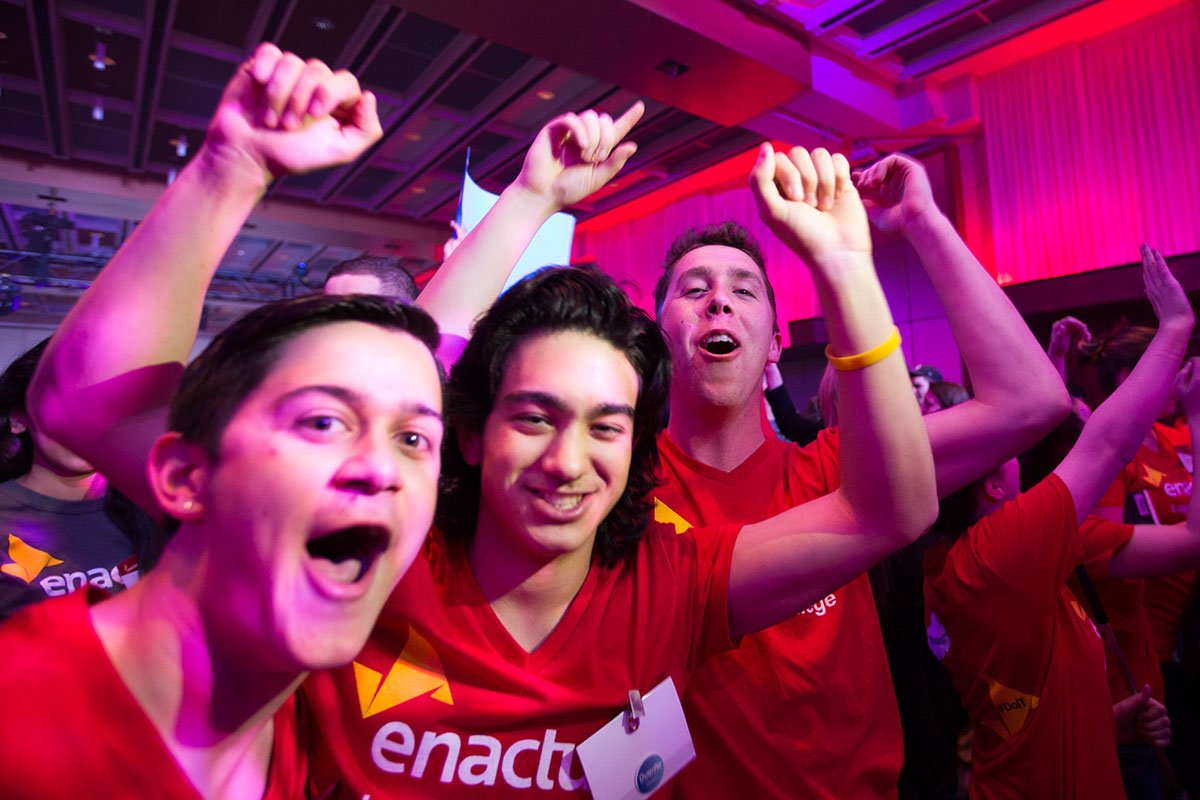 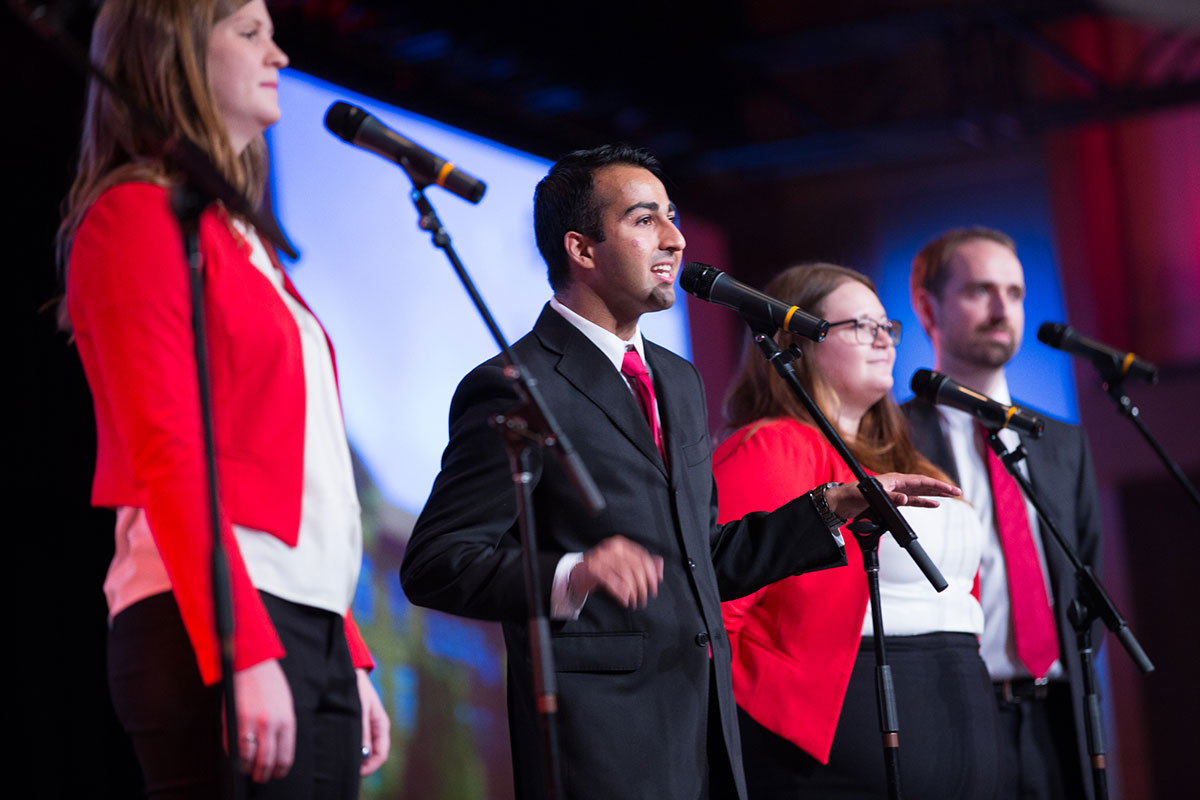 The jam-packed event included so much more than the competition, a true celebration of the entrepreneurial impact students across Canada made over the past year. As a fun kick off, all attendees were invited to the Picnic in the Park, where students came wearing their Enactus gear and had the chance to be featured in a special video where they had two lines to memorize: We are Enactus. Are you one of us? Keep your eye on the Enactus Canada social media stream for this fun video in the coming weeks!

What a turn out! Thanks to all the teams who came to the #EnactusPicnic #ECNationals See you next at registration! pic.twitter.com/LEp7LIIqp7

Attendees were treated to two keynote speeches during the event, the first during the Opening Ceremonies from Ricardo Martin, Vice President, Marketing from Unilever Canada, who touched on the topics of leadership and corporate responsibility, and encouraged delegates to stand up for their ideas.

The second keynote, which took place during the Awards Ceremony, was from W. Brett Wilson, CBC TV “Dragon Emeritus”, Entrepreneur and Philanthropist, who shared his experiences as an entrepreneur, emphasizing the importance of blending business and philanthropy. Community Service Gold Members, the highest level of Enactus Canada’s recognition program for student involvement, had the opportunity to meet him in a small group setting and received a signed copy of his book.

Other event highlights include a series of professional development workshops led by sponsor company representatives, the career fair with 19 participating companies, the HSBC Women’s Leadership Forum, and Unilever Leaders for a Bright Future Reception.

If you’re interested in learning more about Enactus Canada’s National Competition, do a search for their event hashtag #ECNationals on Twitter and you’ll find hundreds of messages and pictures, giving you a play by play of the whole event.

Enactus Canada President Nicole Almond and Kathleen Kemp, President of the Enactus University of Ottawa were interviewed by Global TV the day after the competition. Check it out here:

A full house for the Opening Ceremony at #ECNationals! So excited to be here pic.twitter.com/zyCWZfPaFK— Julie Marin (@juliemarin0) May 11, 2015

So inspiring. Final round judge. Thanks @Enactus_Canada for including me in this incredible day. #ECNationals pic.twitter.com/MXnkEAFIos