Sydney, Australia – During this year’s Enactus Australia National Competition teams impressed judges with a wide range of projects that addressed major issues facing Australia. But it was the University of New England that stood out to claim the National Champion title at the competition held at the Hilton Hotel in Sydney.

This is the first year the team will represent Australia at the Enactus World Cup. Among their community outreach efforts was a project that helped more than 11 area groups (approximately 1,200 people) obtain birth certificates that in turn would allow them access to financial services, obtain a driver’s licenses, travel overseas and even participate in sports.

Other teams developed projects that diverted used shoes from landfills and created jobs for disabled Australians.

Interactive workshops, focus groups and panel discussions also rounded out the event, which allowed students to engage with executives on topics ranging from resume dos and don’ts, developing a career path and how to handle difficult situations at work.

Senior executives from CPA and the Australian Chamber of Commerce and Industry lead discussions on “Future Leaders – Challenges and Opportunities.”

Other highlights from this year’s event included students designing an Australian national outfit as well as a dance competition. 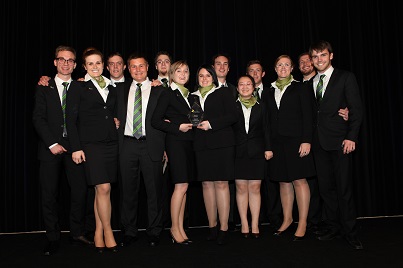